Today we woke up really early because we have an appointment for Breakfast with Bob. So we have to send the boys to school early today.

Toto was up around 6 o’clock. I knew because I heard him doing thing in the kitchen which is opposite our bedroom. He sang many songs for the whole 30 minutes he was there. I think we’re going to ban singing a song at 6 in the morning. I’m not a deep sleeper so I wake up easily with any sound.

Porsche tried to make his sandwich without putting any lettuce in it.
I think he’s not a vegetable fan. We forced him to put it in anyway hahaha.

We left the house around 7:10 am and they got to school around 7:15 am. We made sure they can get in to the school before we left.

George drove to Kiel to meet his brother, Bob at the River-view restaurant near the fire station. We ate just normal simple breakfast and talked for an hour. After that we drove to visit some new schools and talked to the principle in Wrighttown. They seem interested about having our kids. We just need host family. We also visited Pear at her school. She was in social study class.
Her classmates were presenting about their topic so we waited until they finished to get into her class. After the presentation, all the students came outside to try the game that their friends create. It’s similar to hide and seek. Pear and Sydney had to find a place in the wood to hide.
They’re the first couple that being founded hahaha. 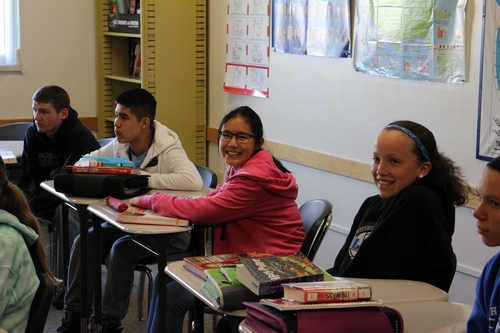 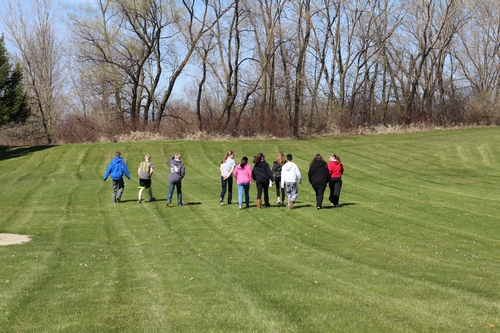 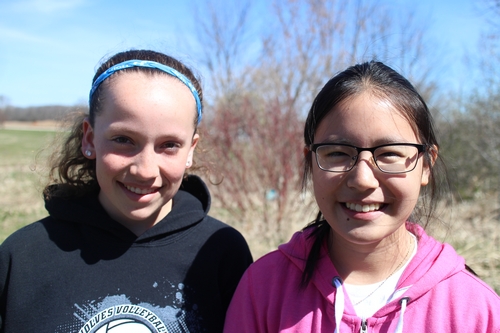 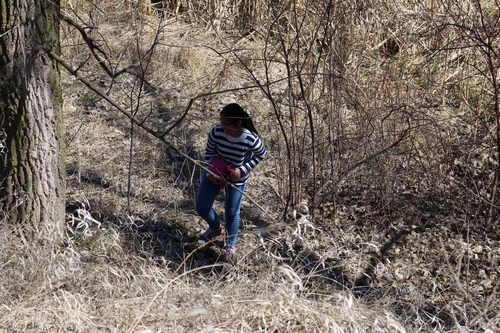 After visiting Pear, we went to some new town and came back to the apartment. We’re moving out soon so the maintenance guy wanted to come in to check it out.

Around 1:30 pm. I started to cook dinner for the boys. I wanted to use all the food we have before go back. I cooked pasta with tomato sauce.
I’m not sure the boys will believe that I cooked it because I always joking about I cook everything. Toto was kind of annoyed about it because he doesn’t like joke but Porsche likes to play along.

George went to pick the boys at school around 3 pm. He took them home and we ate dinner together.
We ate early today around 3:30 pm. Toto eats very fast. I think he eat too fast that it can harm his stomach.
All of us only took 3 bites but Toto finished the whole plate. George told Toto to slow down so his brain knows that he’s eating so he won’t eat too much and has a stomachache.

After dinner, we took the kids to the library to update their blog for an hour. Then we took them to Hobby Lobby, the paradise of hobby. Most of the kids love it. We’ll be there until 6:15 pm before going to the Rollaire so they can skate for the last day.

Tomorrow George and I have to wake up early again. We’re visiting St.Norbert. We have to talk to the International coordinator there. And we will visit Preawa at her school because she’s near by and she is the last student we have to visit.