This morning I woke up late. The room was so dark. I didn’t know it was morning.
And I think because I slept too much, i had an headache all day.
I ate leftover chicken from yesterday for breakfast.
Kay ate cake. Hahaha it’s not really healthy. We have a lot of food and snack.
Kay tried to make me take some of her food home.

George called me when I still was at the hotel. He wanted me to buy can food for the monk before I go to the temple.
Kay and I stopped by at the park and ride to pick up Nemo, Emma, and Brenda. 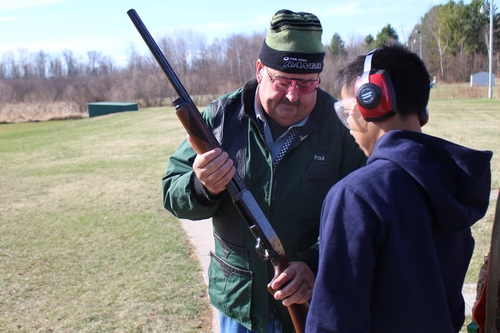 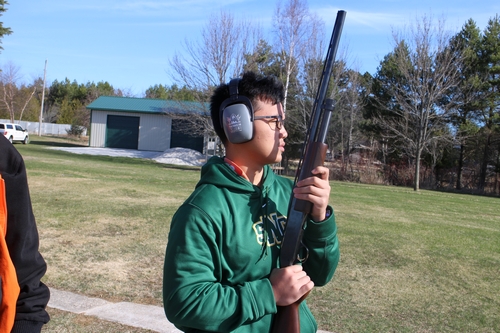 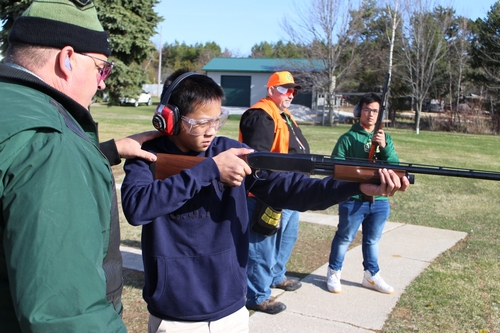 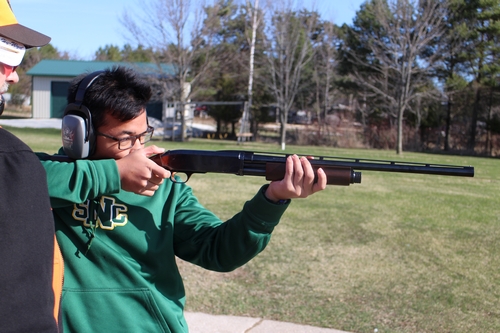 George went to pick up Plakaow and Junior at the gun club.
They’ve been studying safety hunting for a while and today they got to shoot something.
It was really cool. They’re supposed to shoot the frisby but they both didn’t hit anything. Hahaha

George also picked up Pang because she really wanted to come and her host family had a big party at the house today. They couldn’t take her to the temple. Pang told me her host family was mocking her by saying Pang abandon their family hahaha.

Kay, Brenda, Nemo, Emma and I arrived at the temple on time.
Everybody was there. Today there were Plakaow, Junior, Muk, Time, Fah, Nemo, In, Pang.
I was surprised with the number of people at the temple. There were a lot of them. I think maybe 100 people.
The parking lot was full. The house was full. There were 3 monks today but usually there’s only 1 monk. 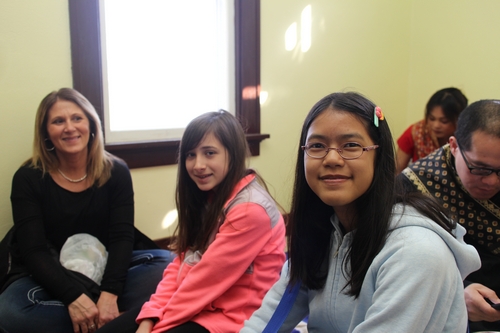 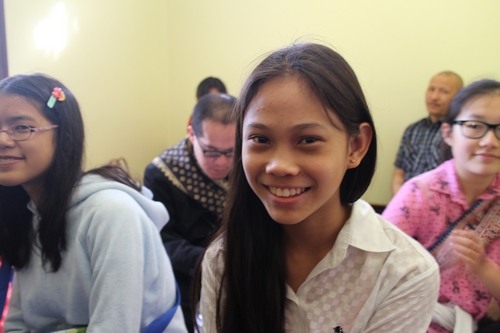 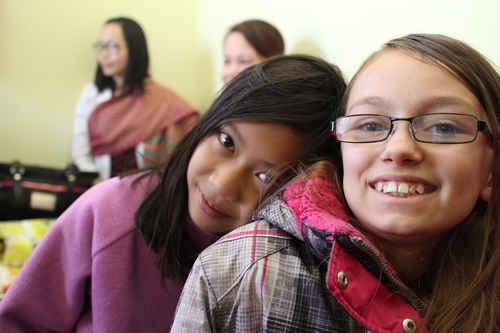 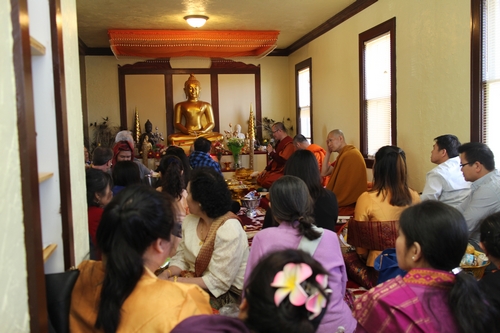 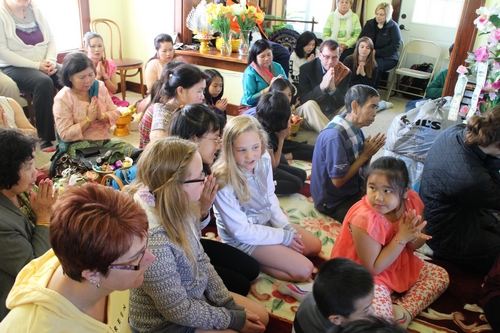 We pray inside with the monks just like in Thailand. It took about 45 minutes and the monk told us to go outside and put our food into the bowl. After that we just waited around for the monks to eat so we can eat.
The weather was actually nice but the wind was so strong. It made us get really cold.
And as usual, some kids still didn’t learn Wisconsin weather. They wore shorts and t-shirt. 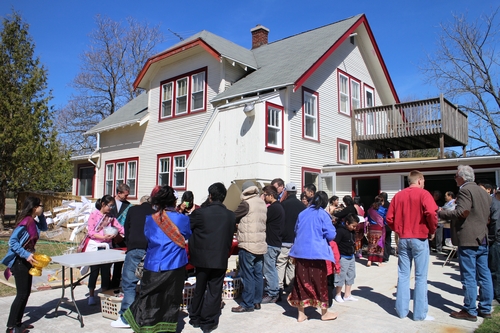 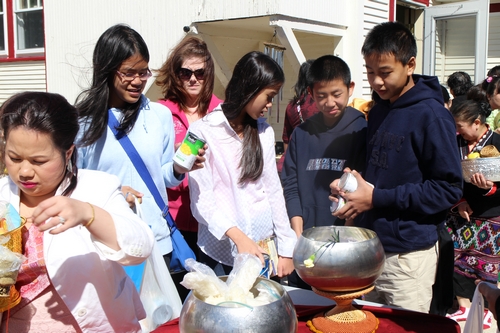 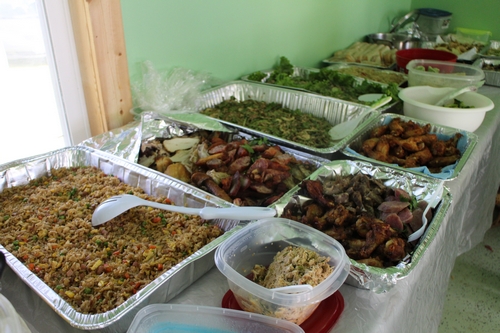 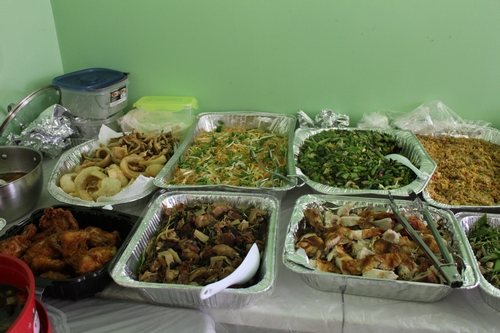 There’re a lot of Thai food such as Somtum, grill and fried chicken wings, Laab, rice and sticky rice, spring rolls, Kai Look Keuy, and many more. Somtun was spicy. Some of the kids were almost cry hahaha.

The kids were so excited about food. When the eating time came, they all got into the line and get food.
Some of them came with host family so they told their host family what it was. Their host family got to tried Thai food. People at the temple was nice and kind. They talked to us a lot.

Before we went home, there’s a reporter that George contact with came to interview the kids for the newspaper.
She talked to Plakaow, Junior, Pang and Nemo. The kids looked so shock. Hahahaha Funny.
Pang kept asking me “really? really? newspaper?”

Around 12:30 pm, we left the temple. We took Pang and Nemo home.
George was sleepy so we park and slept in the gas station before we went home.

Tonight we had 80s skate night. George and I had to dress up like people in 1980s. It was really funny.
Everybody at the Rollaire dressed up 80s style. I think it make the place more exciting and alive.
Kay and Kris were there too. Kay actually was here in 1980s when she was a teenager.
She played roller skate here. So this place has been around for a long time.

At the end of the night, they had lucky draw. George got the prize! Yayyyy
It was a movie set, movie dvd, popcorn and soda. He’s so lucky.