Oh no, it’s Monday! For the first time in years, I finally feel the pain of Monday haters, hahaha. (I’m just exaggerating).

This morning I had to wake up quite early because George had an appointment at Roncalli High School at 8. This school has a lot of entrances so George parked right in front of one. I walked up to the door and it was locked, so we walked to a door next to and it was also locked! Luckily, a student walked and led us to the main entrance. It was good (for us) that she was late for school, lol.

The meeting went on for a while, then we left to the library. We stayed at the library until around 2 p.m. before we left for lunch. We went to a sandwich franchise right next to Petco. Again, I order randomly from the menu. Remember I mentioned the portion of food here that it’s sooooooo big I could eat one order for 3 meals? It was the case there, but this time I finished it all because I was hungry, hahaha. Then we went into Petco to get some stuff for Seven, George’s dog. We then left and headed to Maribel to visit Topaz at home.

We arrived at the same time as Topaz’s host dad. Topaz and his host mom were in the kitchen when we went in. Topaz then took me for a tour around the house and to his room, which is incredibly tidy and clean. Comparing to all Thai kids’ rooms that we’ve visited so far, Topaz’s room is the tidiest. I mentioned that to him and he started priasing himself, so I cut him off and joined the adults in the dining room instead. Seemed like Topaz enjoyed living with the Schneiders a lot. They took him to many places and he had more than enough to eat. They told us they usually spent time playing games together. We stayed there for quite a long time because the Schneiders and George had a lot to share. Topaz kept asking me when we were leaving. Obviously, he wanted to be alone with his host family so that they could continue with their family activities. What a boy!! 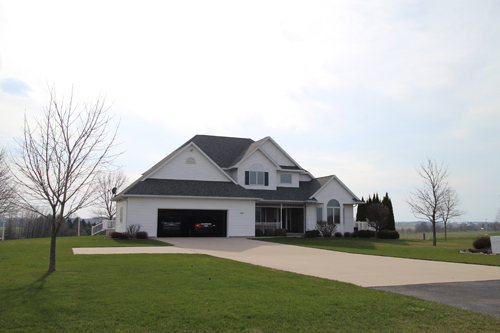 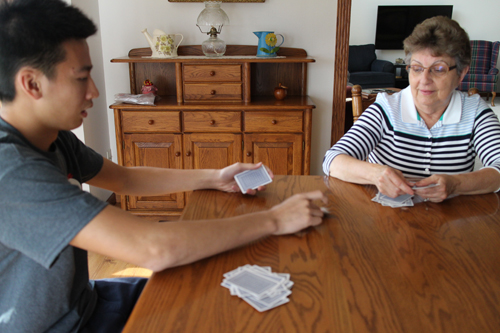 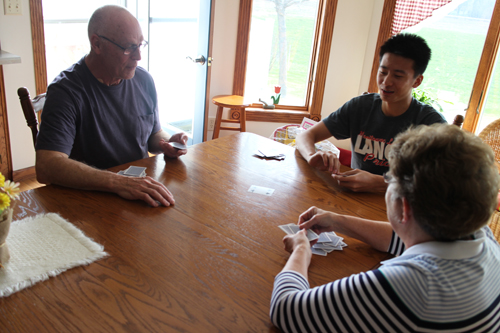 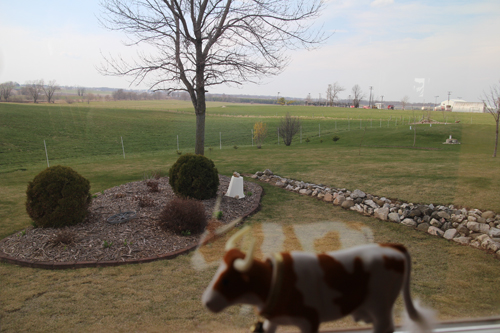 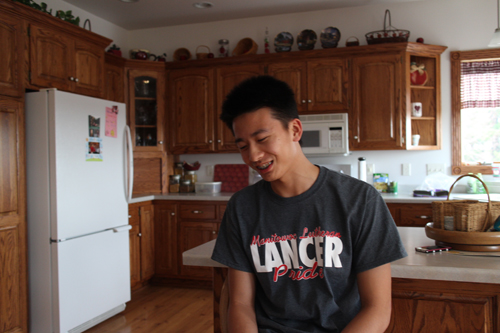 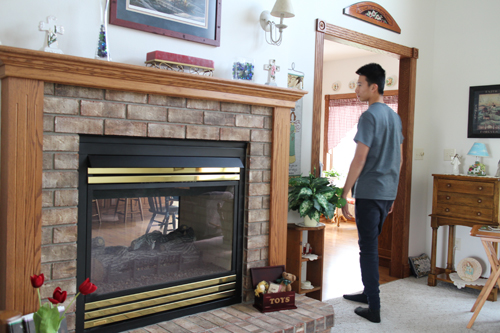 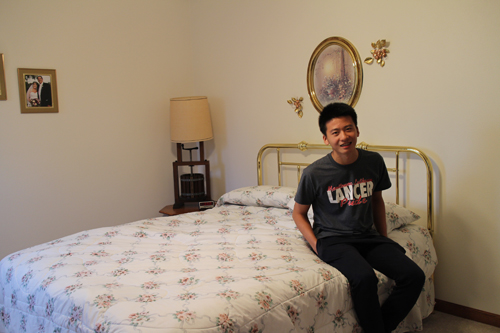 We finally left the Schneider and headed back to Manitowoc. We still had an hour before meeting the Stanzel at 6:30 p.m., and the game shop is on the way, so we spent our time there.

I didn’t know what the boys had been doing before we arrived, but once we went in there, they went out to play in the back yard. No wonder why Poon’s blogs are one of the best; he seemed to fit in very well. They always have activities going on, and they love puzzles. They just finished the 3D puzzle of Thai historical sites that Poon brought from Thailand. We stayed there for almost 2 hours! We talked a lot about Thailand and things that’s going on in Manitowoc. We also played a lot of games. Casey and Caden tried to show me a video of stergeon but it wouldn’t work, but that was ok; we were having fun anyway 😀 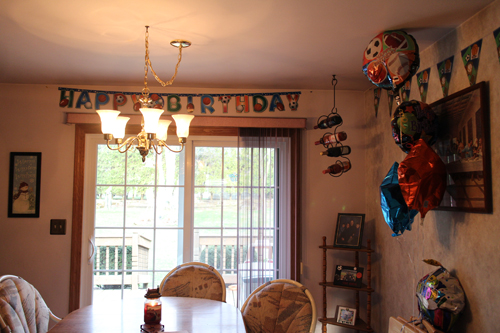 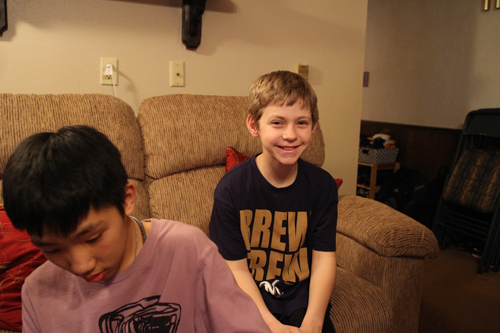 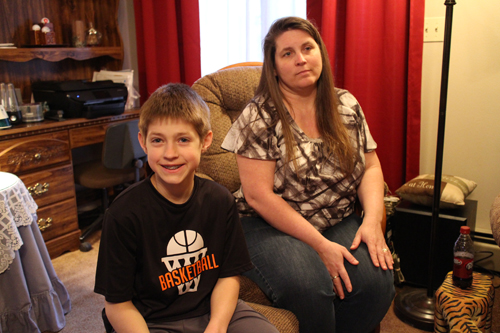 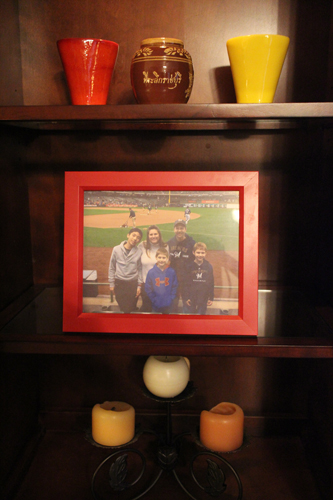 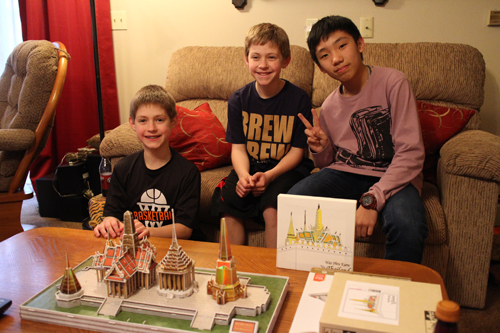 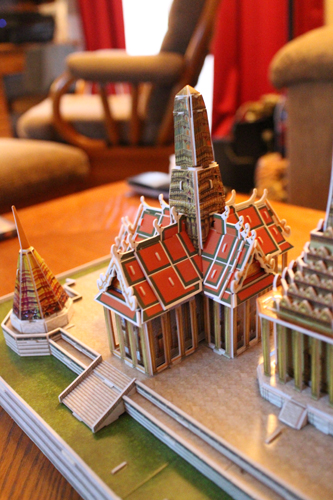 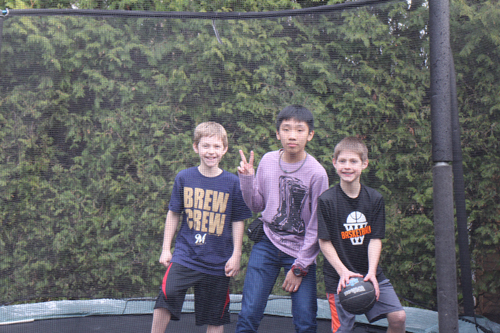 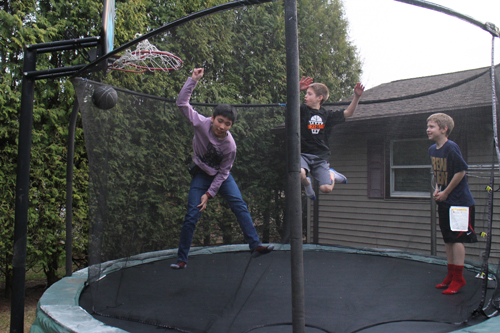 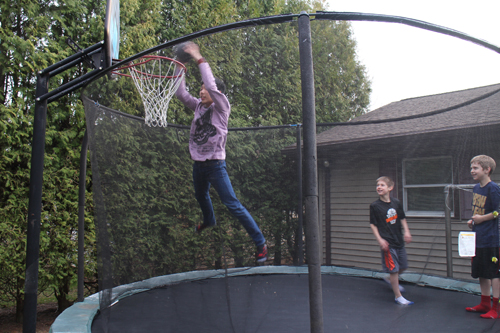 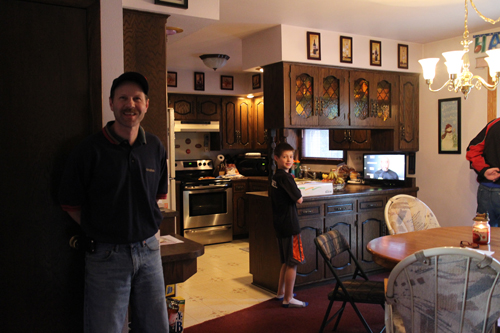 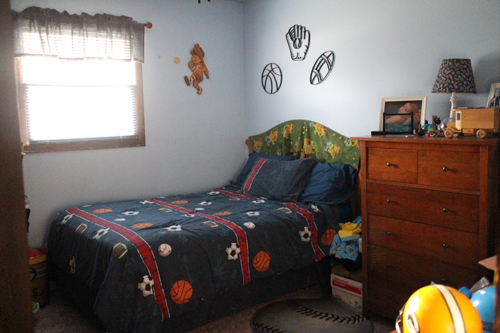 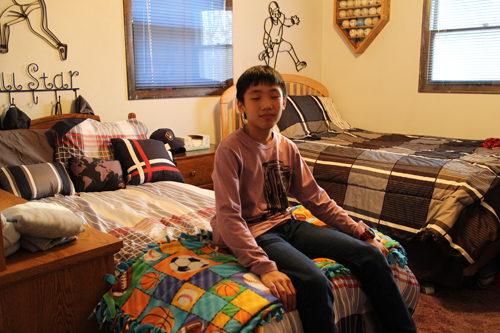 We also talked about Chicago trip. The Stanzels want to go to Chicago to meet Poon’s family. Seems like a beautiful friendship between families is budding 🙂

It was a nice long day.