Today I cooked breakfast and lunch before we went outside.
My breakfast was scramble egg and bacon and my lunch was rice with fried pork.
We visited Lily at Valders Middle School. It was around 11 am. She had cooking class.
I thought she was cooking but in the class they did something else.
They cut letters from magazine to make their name and taking selfie photo with friends. 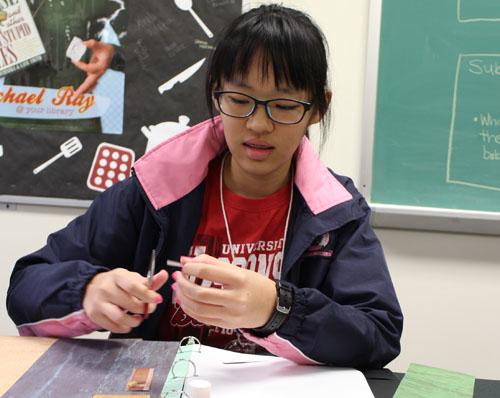 Lily is in the same class with Skyann but in the class she paired up with another girl. I think they’re all friends.
Her name is Hanna. We took some pictures ans video in class and follow her to lunch.
Skyann brought her lunch from home but Lily get hot lunch at school.
After Lily got her lunch, they went to sit at the table with other girls.
Lily told us that her favorite class was gym class. Totally different from Muk.

We went to Valders Buses company after that to pay for the buses that are going to take us to the Baseball game this Sunday.
We have 2 buses because we have 92-94 people on this trip. (All host family and students) That’s a lot.
George and I will need to buy tents, grills and tables.

So what they offer both Diploma program which you need to study 2 years. You have to choose the 6 main subjects in high level so you have to be really really smart and study really hard.

And the other one is you can just choose one or two high level of subject in IB program and get the certificate for that subject. The most famous one is English. You can find more about IB program at  www.ibo.org

I think it’s really cool that we’re now getting into a good program like this in public school.
We’re almost like AFS exchange program but we’re absolutely better.

After we finished talking to the principle, we went straight to pick Preawa up at her school in Denmark which is 30 minutes from our area.
She wanted to come to the Rollair but she lives too far. Her host family asked us to pick her up and we’re kind of being nice about it hahaha. Don’t have so much hope that we will pick her up every time though. It took us 2 hours round-trip. So today was just special.

We got to her school around 3:40 pm. We went to see her at the soft ball field but she wasn’t there so we went to ice-cream shop near by and we found her there with Hannah. Her host dad told us that they should be between these two places. 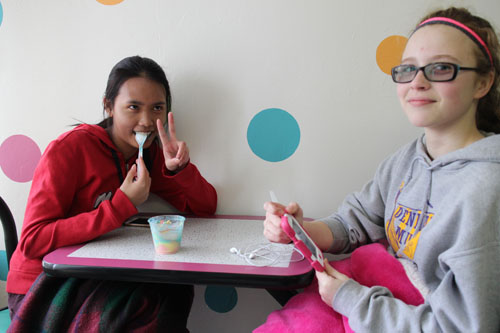 Preawa was eating ice-cream with Hannah. We talked to her for an hour because we’re waiting to watch the soft ball game at 4:30pm.
Preawa’s host sibling, Rachel was in the game too. They didn’t want to wait outside because it was cold. Both of them brought a blanket for the game. 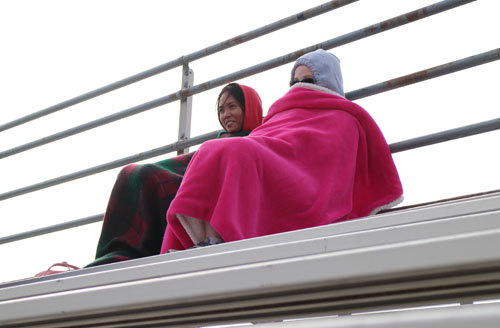 Around 5 pm. we took Preawa with us to Manitowoc. She talked a lot in the car about so many things that she saw in school and in her host family house. It’s so different from her house and her school. For me, I think it’s normal. I guess because I’m an expert about America and American Hahahaha. Preawa amazed that they use forks to eat food. That’s so normal! 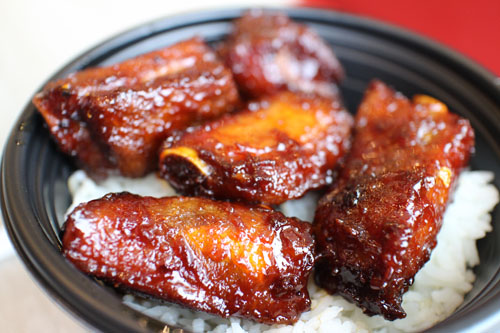 We ate dinner at Panda Express. Preawa wanted to try it. She didn’t want to eat American food.
She ordered pork rip and rice. I don’t think pork rip is very Chinese. Hahaha
We’re at Panda Express until 6:10 pm. and we went to the Rollair. 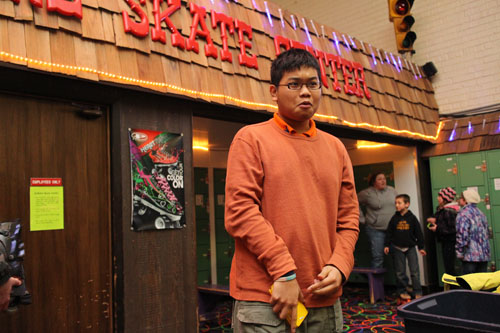 There’re so many Thai kids at the Rollair today. They all look happy. I was happy to see that.
They’re also very happy to see each other again. They didn’t really stick together so much like I expected.
Peem, Muk, Win didn’t come. They have something else today and some of them just want to spend their time with host family. 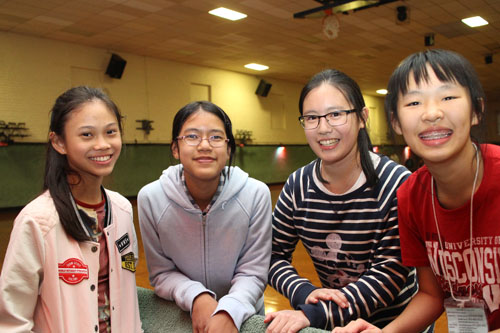 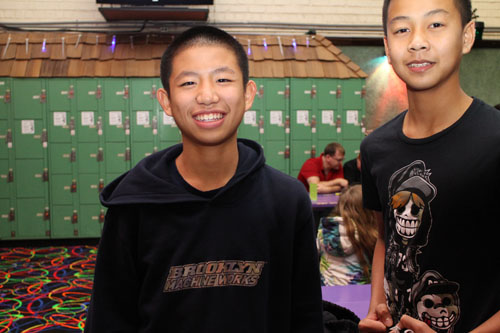 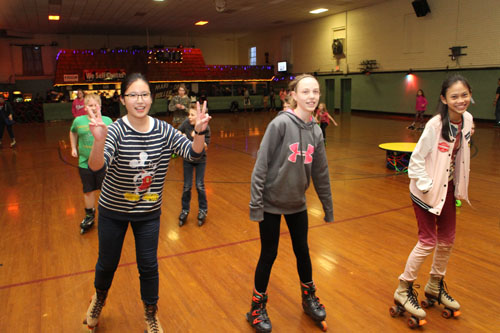 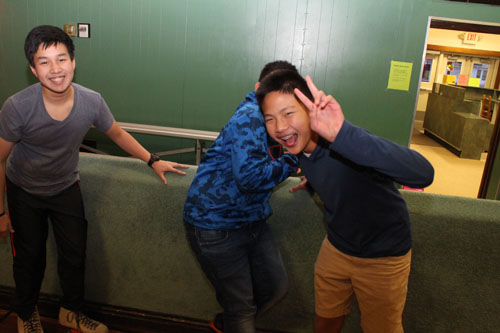 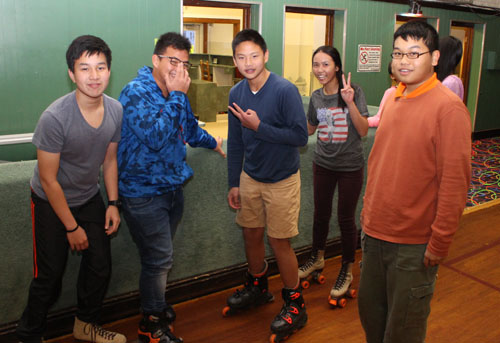 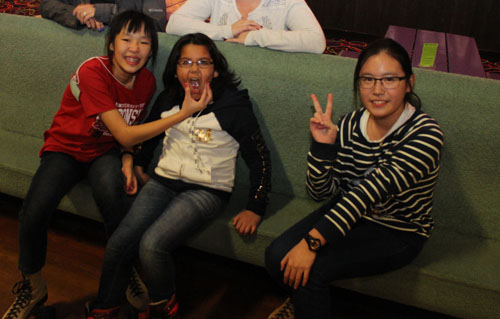 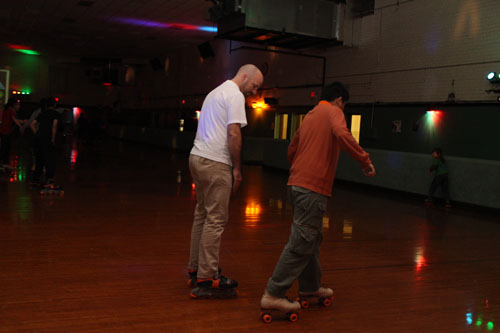 George taught Toto how to skate. 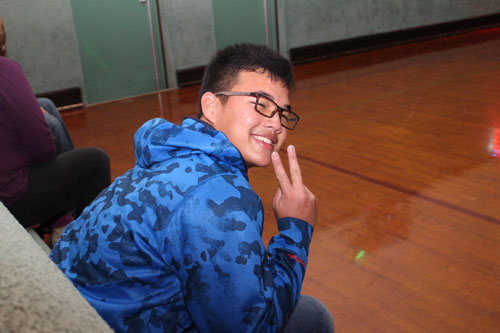 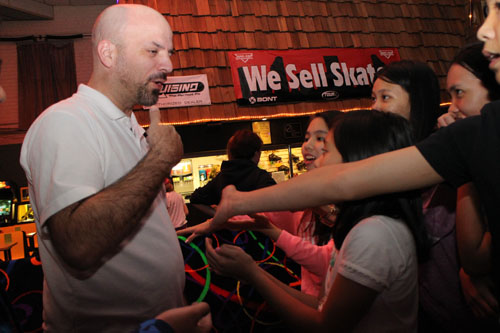 George got another doll from the matchin for me. He showed to the kids and they were so excited about it.
They went to the machine and tried to get it too. But they didn’t have the skill. 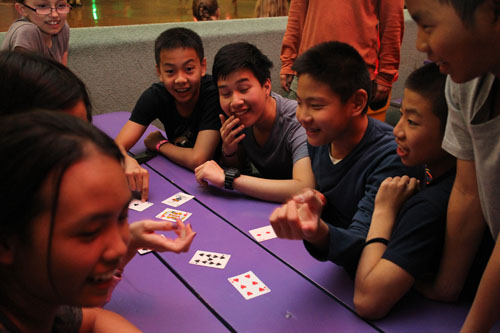 They’re playing card but they included their host sibling in the game too. 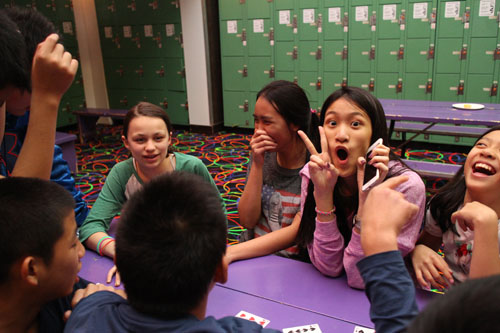 Everybody was so happy. 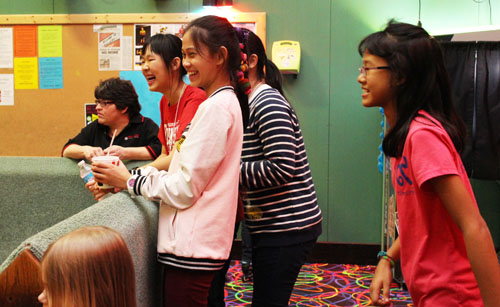 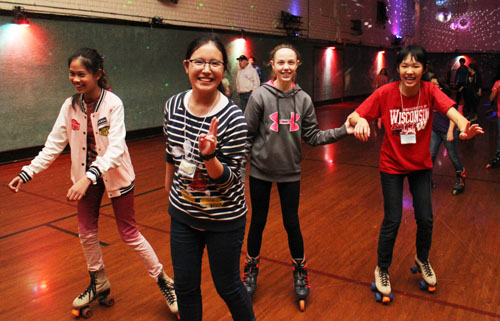 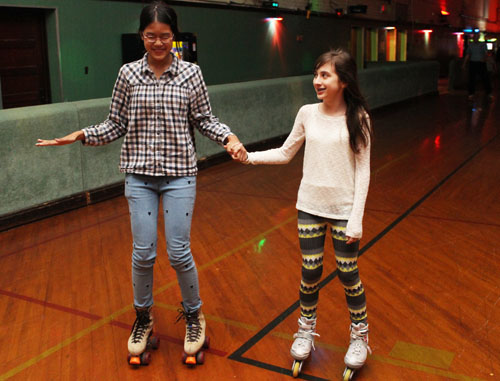 We’re at the Rollair until 8:30 pm. George and I drove Preawa back to her house.
She slept on the way and when she woke up she thought we went to the wrong road but we didn’t.
She’s home safely. We drove back to Manitowoc.

I talked to some of host moms. They all agree that the first week was the hardest part because they had a spring break. But after that they all were fine. Overall I have no worry about the kids. They seem happy so far.

Junior seems to be a little bit attach to his friends and his happiness seem to depend on other people.
I had a talk with him. I asked him what should you do if you’re bore? What do you like to do?
Just complaining to me or to his friends are not going to change anything. He will still be bored!
If he wants it to change, he has to go out and do something. I hope he gets it.
Not only Junior that have this problem. I talked to Bam about the same thing too.
This is the kind of problem that they have to solve on their own. We can’t fix it for them, because that only fixes it one time.
Being bored isn’t about things out in the world. Being bored is an internal attitude, and only a change in attitude can fix the problem.

When we talk to the students about this problem, we ask them questions, “What do you like to do?” “How can you fix this problem?” We encourage them to think about solutions, rather than just keep their mind circling around the problem. It’s a good idea for parents and hosts to reinforce this too. Don’t tell the kids what to do, instead, ask them questions to get them thinking about their situation more positively.

Tomorrow we’re going to visit some students and we will be at the coffee shop in the evening.
We might see some students there or may be not. It’s up to them and their host family.