Today we woke up early. We went to Manitowoc Coffee to use WiFi internet for work. I tried Chai tea today. George said it would taste like Thai tea. He lie!
It taste like milk with cinnamon. We used the internet there until noon. I was hungry so we went back to the car to eat lunch that I prepared from home.

After that we went to De Pere to visit new schools for the future trip. The weather
We visited 4 schools before all the school closed. Most of the school offices close by 3:30 pm. We got 3 schools interested in taking our kids. We will need to follow up by email and if they confirm to take our kids then we can start advertising for host family which is the hardest part of the trip.
We can take as much as students from Thailand we want but we just need enough good host family.

After that we had an appointment to visit Preawa’s house at 5 pm. Her house is far away from the other but she’s near the area we visited new school. We had time left after visiting school so we stopped at Arby near her house to hang out.

Around 5 pm. we arrived at Preawa’s house. 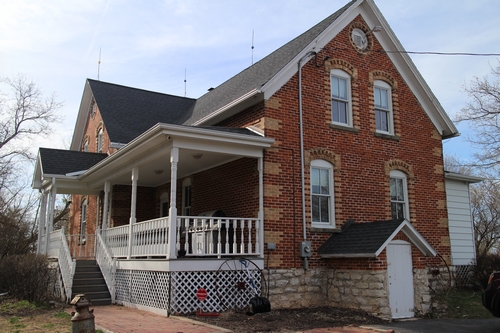 She was home with her host mom. She said usually she won’t be home. She would be at the school with her host sisters, waiting for them to practice her softball. But today George and I came to visit so her host mom picked her up and brought her home first. 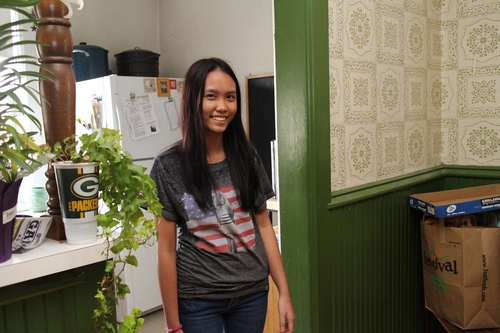 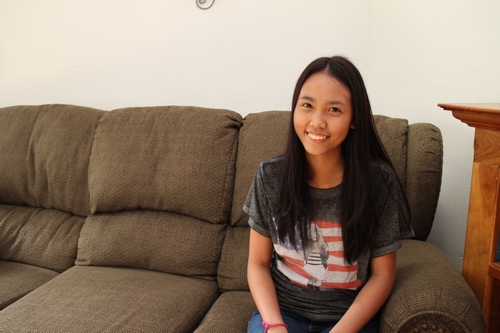 There’re 3 dogs welcome us when we first got there. Preawa’s host mom asked us if we like dogs and we said “yes” then she let the dogs come to us. They’re friendly and still puppy.

Preawa and her host mom showed us around the house.Preawa’s bedroom was on the second floor. It was nice and big. She has her own room.

The house is still renovating. Her host family do it by themselves a little bit each day. Their house was nice. 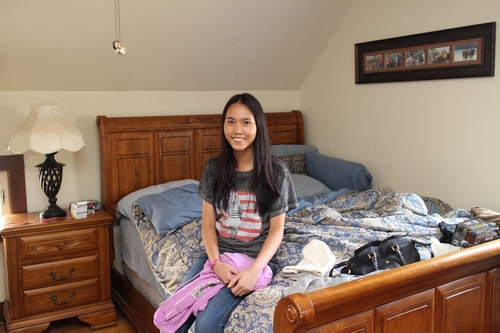 Her host family printed out her family photo from Facebook and put it on the wall before she arrived so she can feel like home. That’s so sweet. 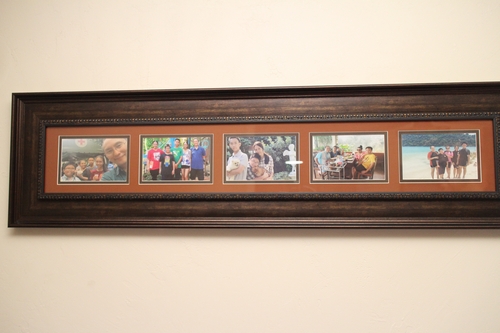 After that we went outside and explore around the house. They have a lot of land and wood.
Preawa took us to the barn to see the horse too. 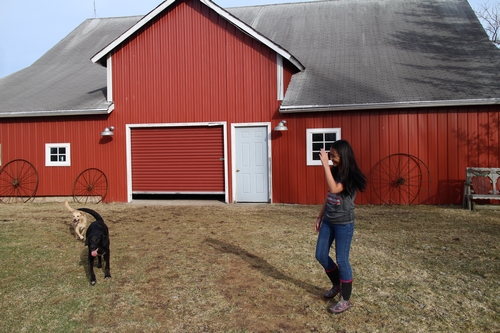 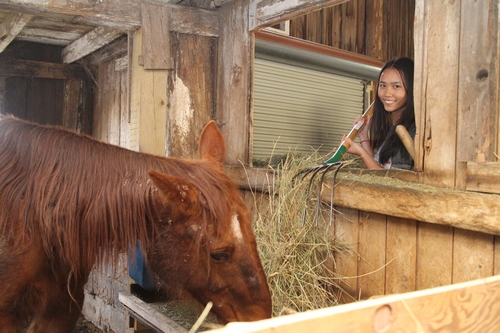 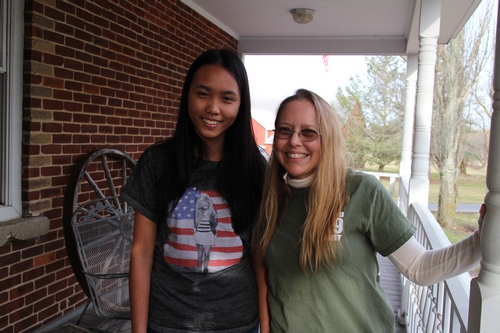 (Preawa and her host mom.)

We’re there until 6:15 pm. Before we left, Preawa talked to us about her ATM fees.
She didn’t know that and then we leave to Fah’s house which is 30-40 minutes from Preawa’s house.
Fah’s house is in Manitowoc same like most of the kids. We visited her house before and this is her second time here. 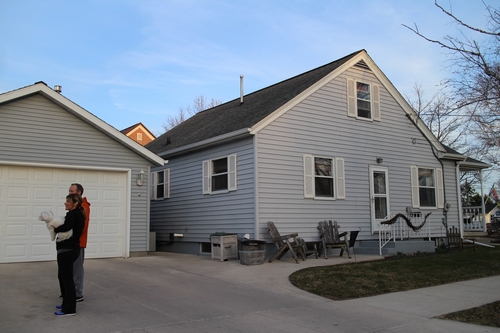 This time her host family got a big trampoline. Fah and Josie were jumping and playing on it when we got there.
And they’re there the whole time!. They had the music on and jump jump jump. 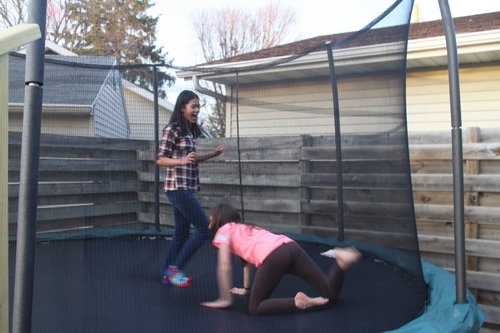 Fah was really happy and talkative. She and Josie were really close to each other. 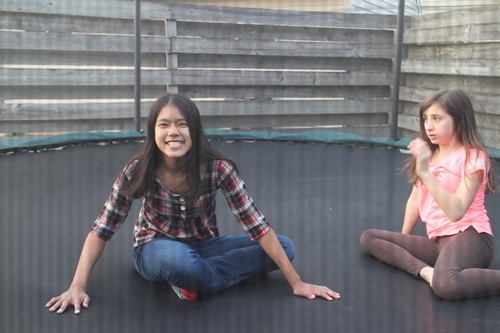 Somehow Fah taught Josie to say “help me” in Thai. I don’t really get their joke but Josie can say it clearly and correctly. 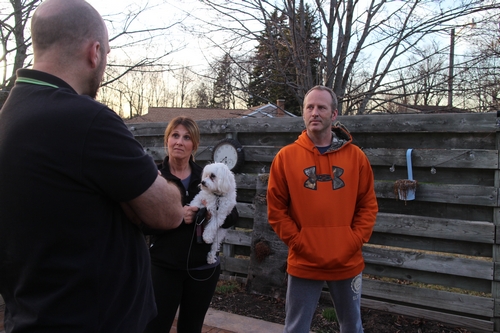 George was talking to her host family. He didn’t bring his jacket today so when it’s dark. He felt really cold hahaha.
No concern about Fah. They told us the Josie is in running track team or something and she has to practice 2 days a week. She has to run really far for an hour. Fah doesn’t join that hahahah. She prefer to be home with host parent. 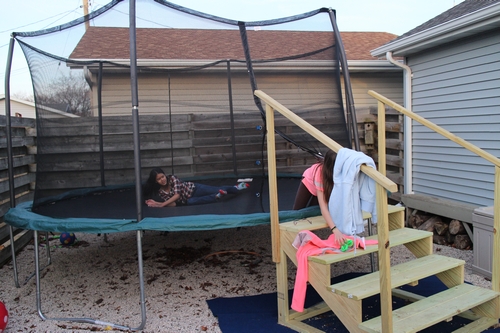 I heard Fah talked a lot to Josie. 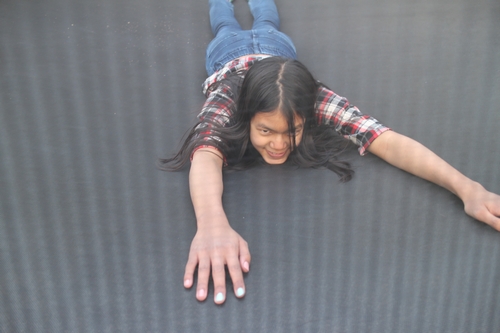 We stayed for 30 minutes. It was quite late.

We heard that Peem was playing bowling near our apartment so we decided to stop by. 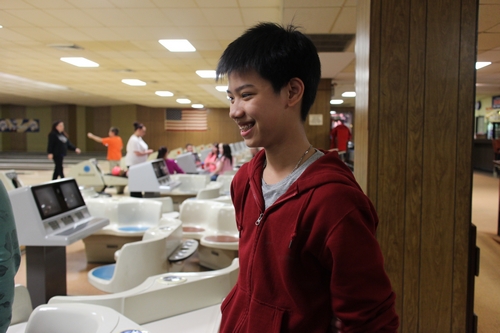 Peem is actually good at Bowling. He said he played a lot in Thailand.
His score was the first in the table. 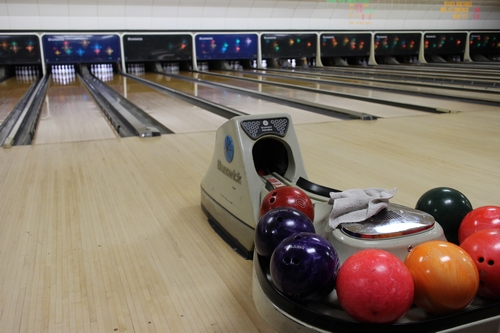 Peem was really happy and talkative. He and host family get along really well.
They’re joking around all the time. I think his host family really like him. They spoiled him a lot. 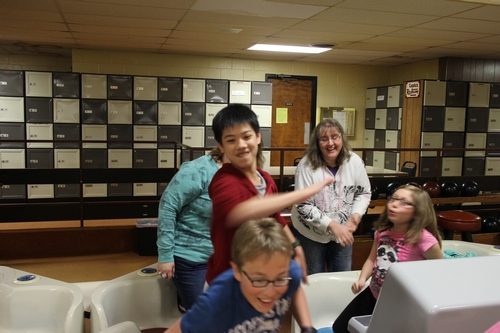 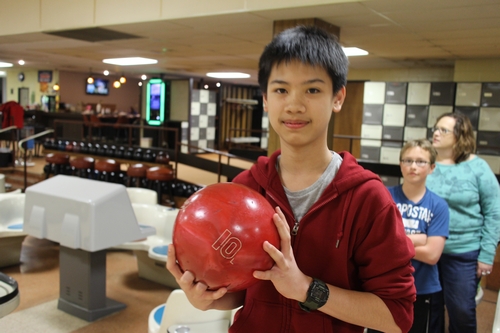 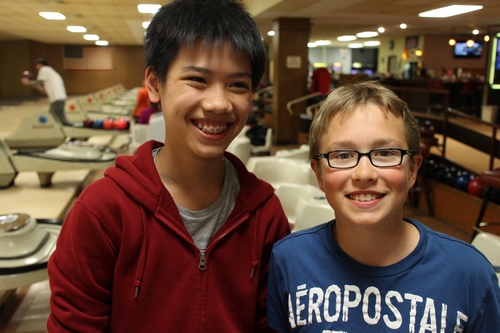 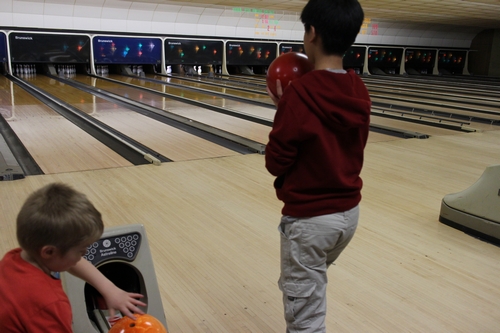 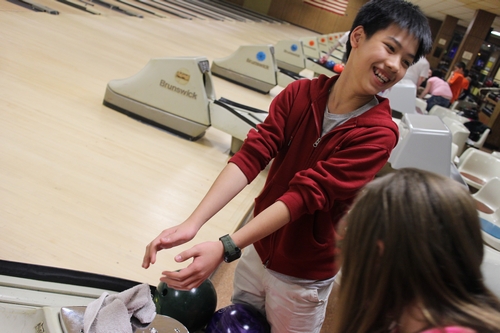 We’re there for 20 minutes I guess then we went back home to grab George’s Jacket before came out again to update my blog at Mc.Donald.

Tomorrow we’re going to visit In at home and we will try to visit another student if we can.