Last night George slept before I did. We’re thinking about going out after skating but George wanted to shave his bread so I worked on the blogs. Somehow I have to publish all the post that our students write again. It is a lot of work when you have slow internet and 20 posts everyday. It took me a while.

Once I started to work, I was kind of lazy to go out and I had headache all day. So we decided to stay home and George passed out right away in a wrong side, wrong direction in the bed.

I woke up early today and tried not to over sleep again.
I saw Jan posted the picture about the dance last night at Manitowoc Lutheran High School. It’s the dance that the girls ask the boys to the dance. Jan asked Pokpong and he said yes. 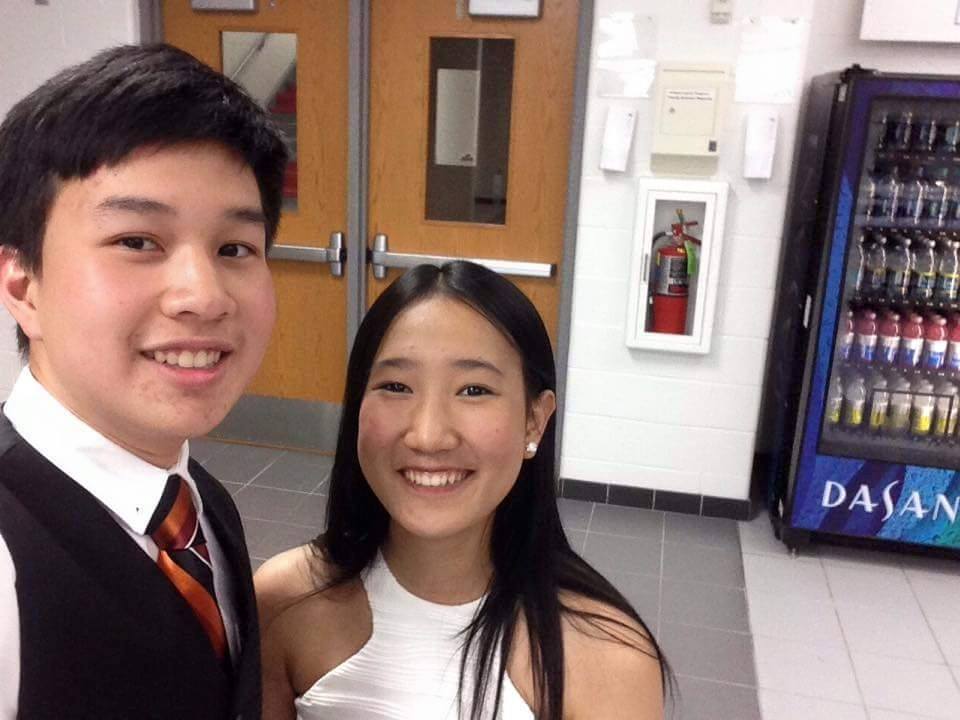 Jan’s brother, Jame was asked to go to but he said no because he didn’t want to buy a suits! Really? So lame hahahaha?

George and I left the house around 10:50 am. I was going to spoil George by going to use the internet at the game shop but when we got there, it’s closed!
The library was close. The Manitowoc coffee was close. Nothing is open until 12 am. But Wrap It Up was open so we got some coffee at that shop.

We worked there until almost 1 pm. Then we went to Peem’s house. His house is near In’s house and not far from Plakaow and Junior house. Peem and Spencer were playing ball outside when we arrived. The camera was out of battery. I think I forgot to turn it on last night.
I think it might turn off automaticly after I left it plug with my computer for awhile but I didn’t know.
So when I unplug it from my computer, I turn it off again and that make it turn on all night.

They played baseball and basketball. The weather was warm today. 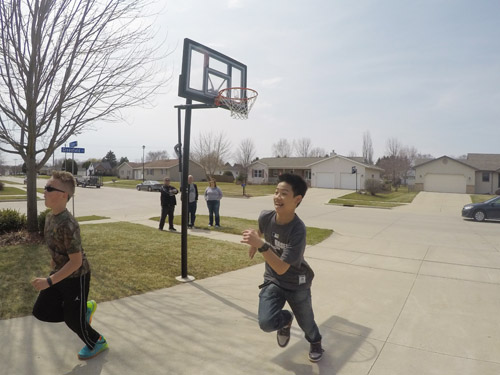 The GoPro got some good action shot. After awhile, they felt tired and went inside. I followed them in.
There’s a dog and 2 parrots and 2-3 tangs of sea fish in the house.
The big parrot lived in a cage and the cage was quite big. She said “Hi” when we came in. She can say more but she won’t say around stranger. 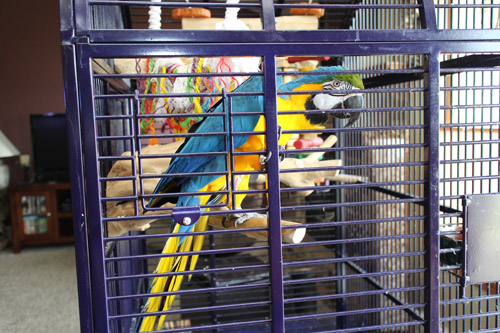 The dog was very excited when we came it. 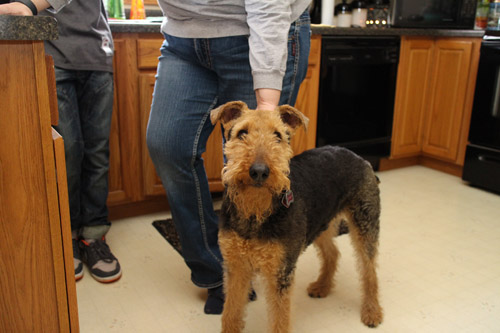 Peem showed us his bedroom and some cool posters. 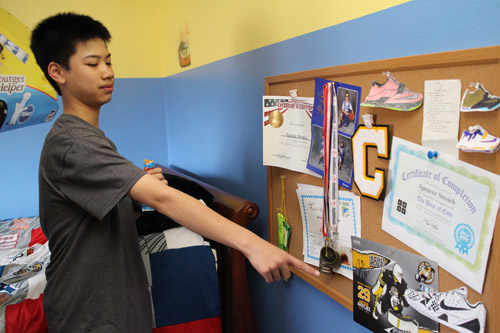 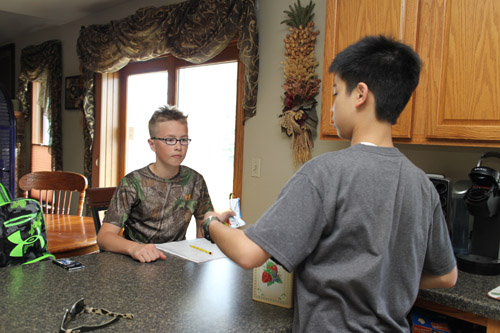 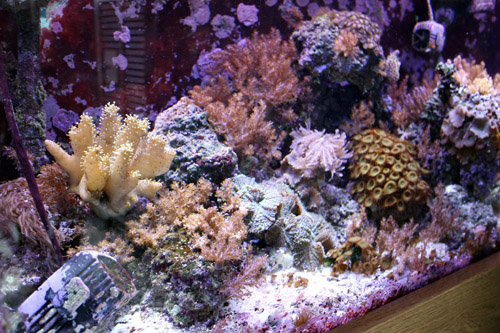 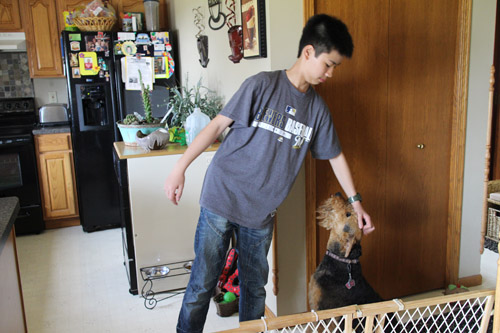 We’re at Peem’s house until 2 pm. After that we went to eat lunch at Warren.
I only ate ham and bean soup and hash-brown. George ate grilled cheese and chicken dumpling soup.

Around 6 pm. we went to visit Pooh and his house in Newton.
Today he went to Appleton with his host family, Win and Kay. They got to eat Thai food too! Jealous. 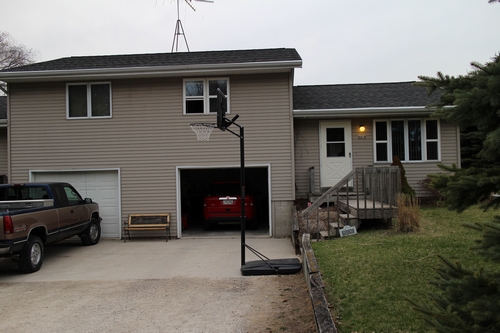 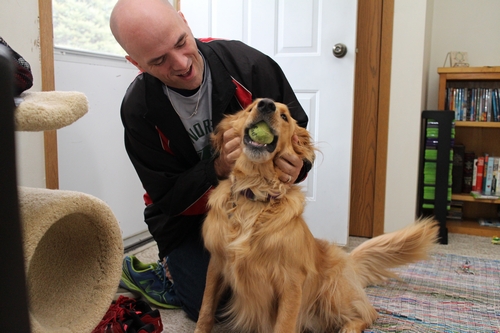 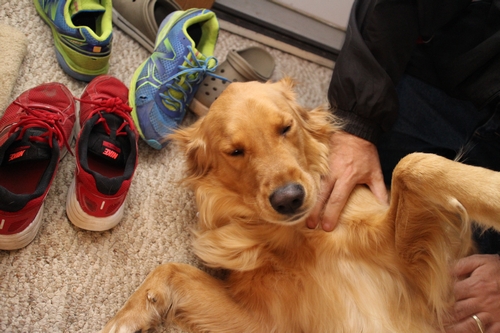 Their dog, Rigby needs a lot of attention. Somebody has to pet him, otherwise he will come and annoy you hahaha. 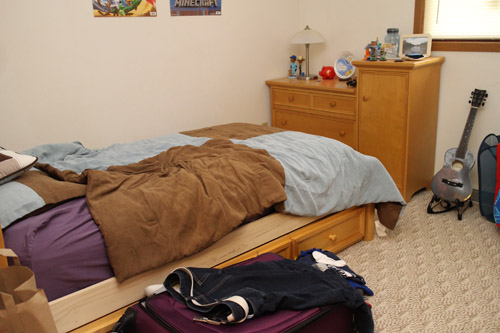 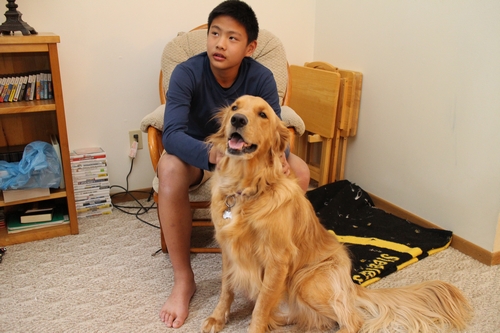 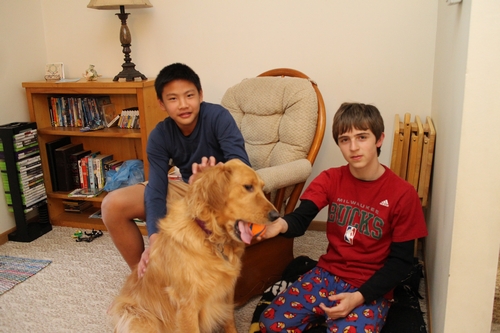 Pooh and Jacob asked us the play game with them. The first game was Survival.
You have to move your people to the island and avoid all the sharks and whales. 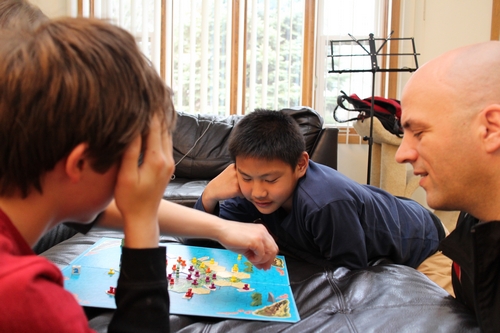 The other game was Apple to Apple. All of us played together.
I only got the words that describe my personality like Cool, Fabulous, Smart hahaha.

We played game for almost 2 hours and I started to get hungry so we decided to leave.
Pooh and Jacob came outside to play basketball. Pooh can play very well. 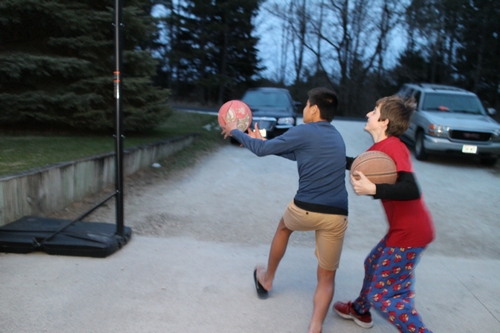 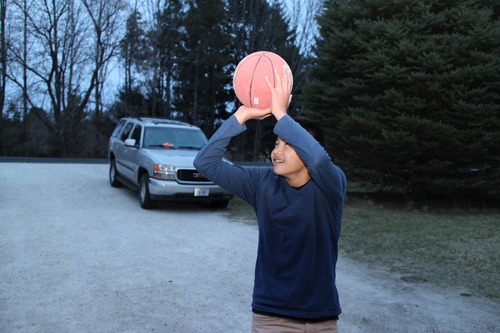 Pooh seem to be happy and very comfortable here. Kerry said it’s just like never gone.
He came back and continued what he left last year.

So far we almost finish visiting home and school for all the kids. We only have 2 schools left.
We’re going to visit them after we come back from Florida.

This Monday, we’re going to visit WESLI Institute in Madison. I don’t remember visiting Madison before.
I think I haven’t been there yet. That could be exciting.
Tuesday, we’re flying to Boston to visit George’s brother, Dan. His wife just birth a baby. He’s 2 months old.
Wednesday, we’re flying to Florida to visit George’s parent. It’s his mom birthday. George’s sister, Dianne will be there too. It’ gonna be a big family reunion hahaha. We are flying back to Chicago on Thursday.
Basically we’re only stay each state for just a day.

I don’t think I’ll update my blog during that time because I won’t bring my laptop but I still will be publishing the kid’s blogs.