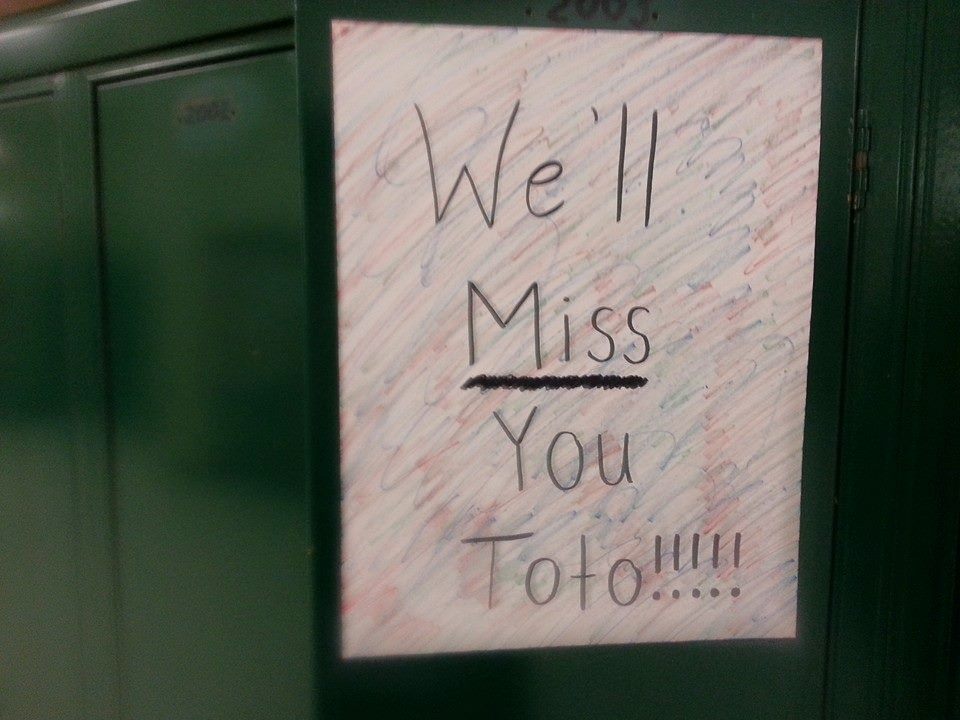 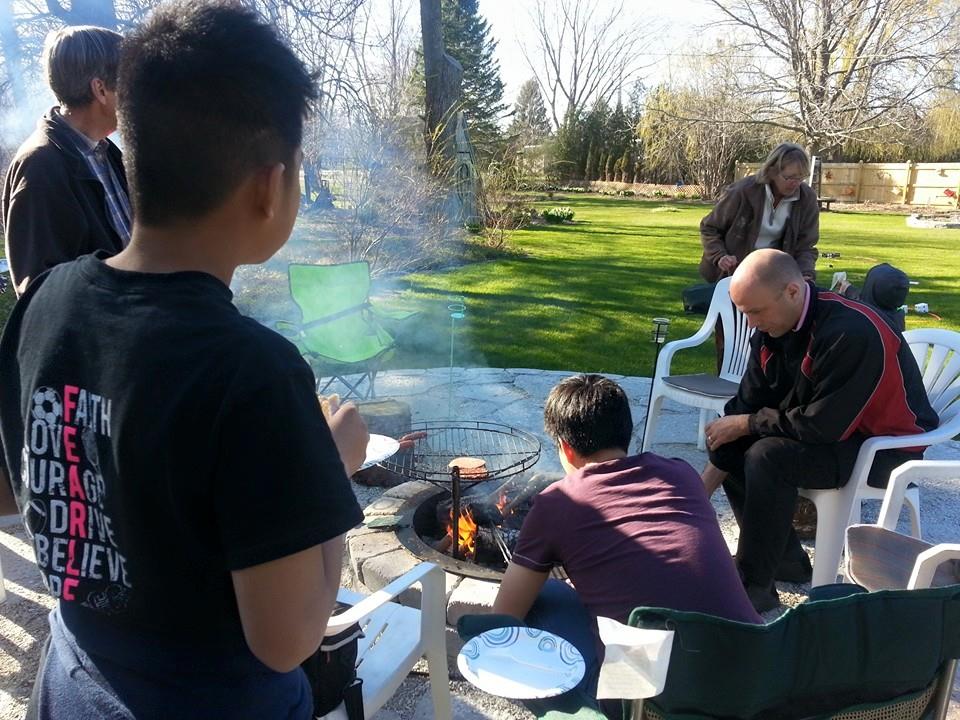 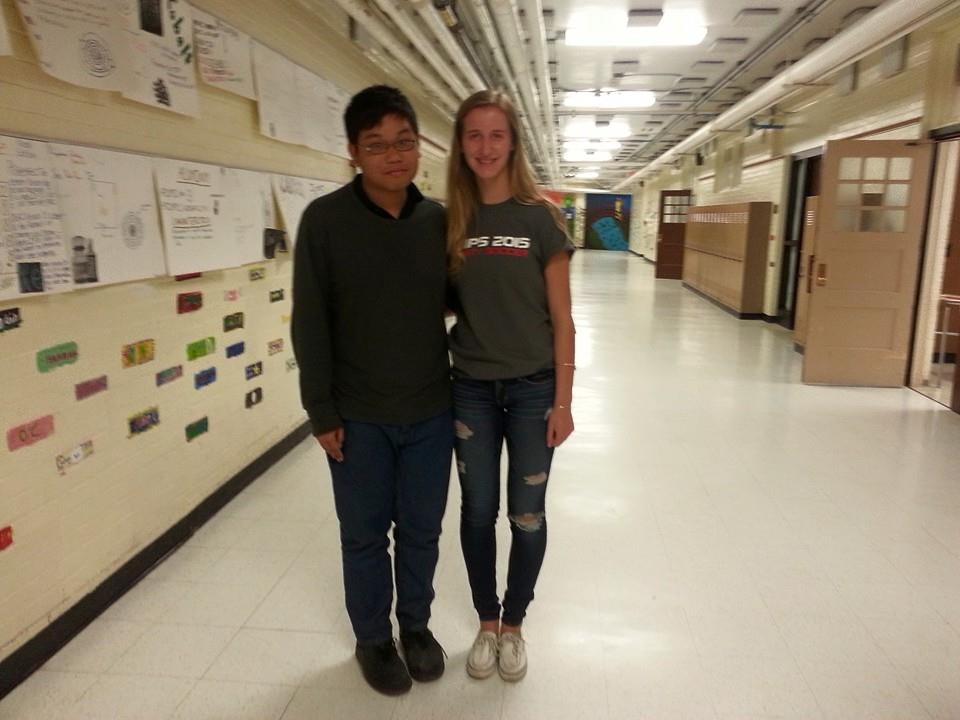 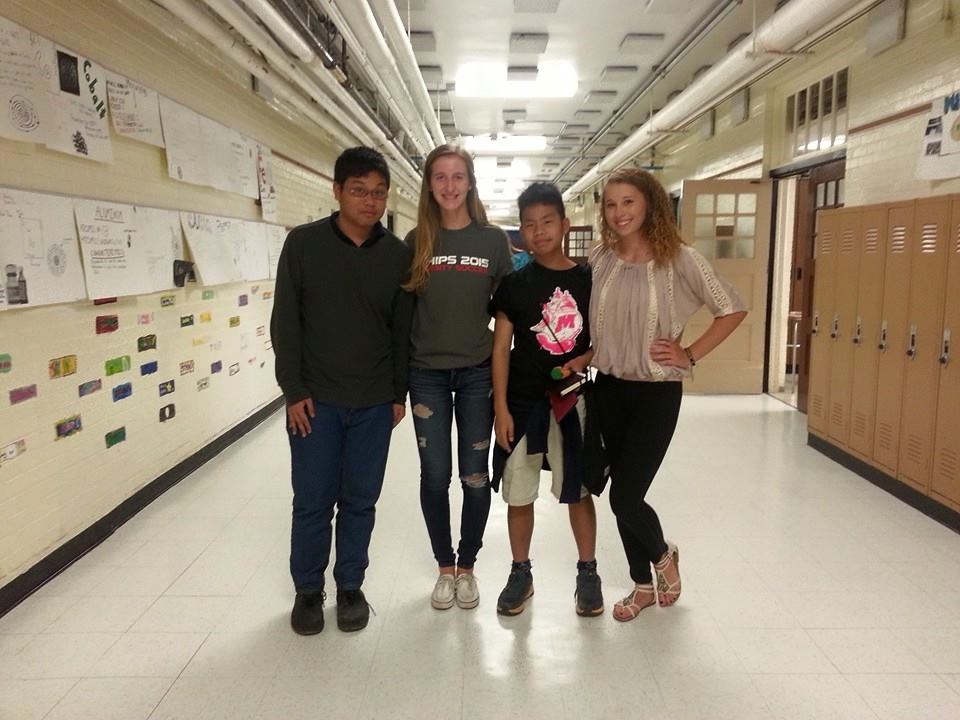 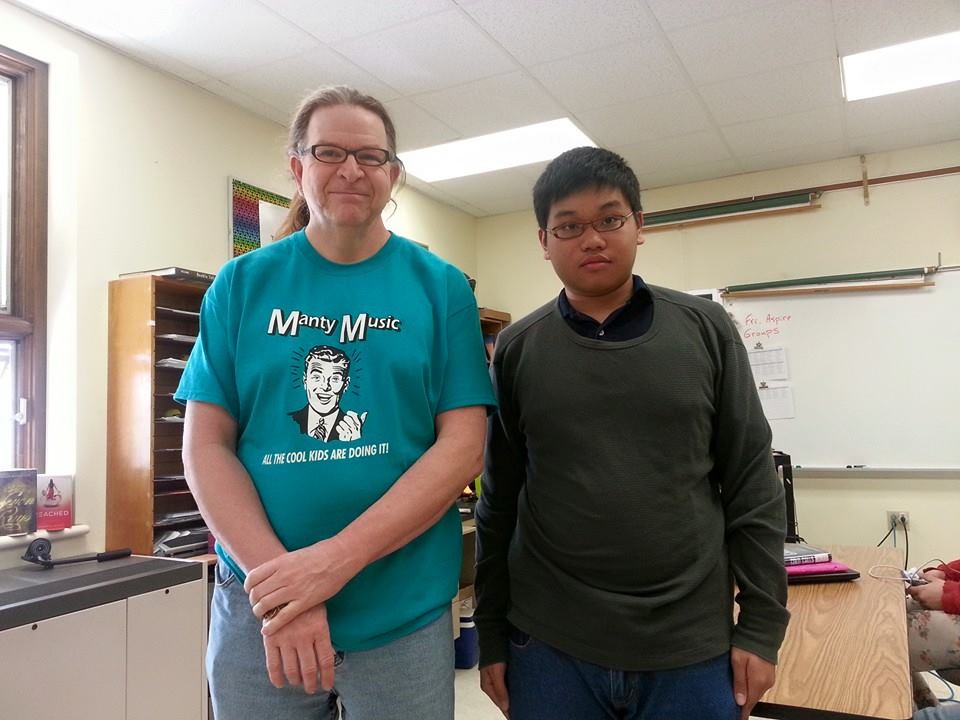 After George and Pat picked us up, we went to Hardee’s in order to have our dinner. I had a cheeseburger and some Jalapeno Poppers. They were quite delicious.  Then, we went to In’s house. George and Pat   went inside to talked to the host mom who was also the person who drove us around when we were in New Holstein. Porsche and I played basketball outside first. Then, In, Emma who was the daughter and Dillion who was the son came in and played basketball with us. We had some fun in doing that. Next, we played kickball which was somewhat similar to baseball, but you kicked the ball instead of hitting the ball with a bat. We also had some fun in doing that. Later on, Porsche and I  rejoined George and Pat. We went to the Archery Range. We met Time, Junior,  Plakaow, Pokpong, Peem , Fah, Lilly and their host parents and children. We were a little surprised that In and her host family came in. The instructor at the range showed the way of handling the bow properly and safely. He also fired some arrows too. Everyone got a try there. It was quite nice. I  got a near-miss for the first shot, but I missed the second one a little bit. We were there for some time before finishing things up. After that, we went back to In’s  house again. Porsche, In, Emma, Dillion and I went downstairs to relax there. We also got some chips and drinks there too. We watched a TV drama called “Make It Pop” . It was quite ok. After that, Porsche played Table-Tennis with In’s host father. It was quite an intense match, but Porsche won. Then, Porsche showed some card tricks to In, Emma and Dillion.  They were surprised by that. Emma was able to make the first trick after watching Porsche doing it. We had some fun in doing that. Next, we went upstairs and showed some of those tricks to the host parents, George and Pat.  George showed another trick to the kids. They were surprised by that . After that, Porsche, George , Pat and I said goodbye to the family and In. We went back to the house and went to bed after that.

On April 30, I woke up at 5.50 A.M. as usual. I took a shower , brushed my teeth and changed my clothes. Then, I prepared my lunch again. It was a roast beef sandwich again. Next, I ate a bowl of cereal as my breakfast. It was still delicious. Later on, Porsche woke up and finish his routines. At around 7 A.M. , George woke up and got his things done. We went to the school for the last time. Porsche and I went to the cafeteria again and met Megan, Jensen and the others again. We talked to each other   for some time until the bell rang. After that, we went upstairs and picked up our stuff. Megan and I went to the Spanish Class. Ms. Doll taught the class about the future tenses in Spanish. I couldn’t do it as usual.  I   also talked to Megan , Elizabeth and Anna for some time in that class.    Later on, Ms. Doll led us take a class picture. It was nice.  Next, we went to the Math Class. Ms. Leick led us complete the Math Quiz from yesterday. She also gave to me a small thank you post card. That was nice of her that she made one for me and an M&M packet.  It was somewhat easy as I could get some assistance from Ms. Leick. Then, I finished a sheet about the equations. It was somewhat easy. I also managed to correct some mistakes from Ms. Leick. When the bell rang, I said goodbye to her before going to the Cooking Class with Megan. In that class, we met   Jensen and Porsche there. Ms. Deem led the class finish up their meals.  Porsche , Jensen and Megan worked on our meal, while I prepared the tables. Jensen and Megan also did that too. We managed to finish our meals . It was a chicken fajita and   some salad . They were quite delicious. We also took some photos there too. I also took a picture with Aaron in that class.  After that, we went to the Art Class. Mr. Pendergast told us to finish the pots. I didn’t do anything except talking to others along with Porsche , because we couldn’t take  the  tiles and the pots back to Thailand. Porsche  led the students to finish his friendship book (A book which you would write your last words to their friends before they were away from each other.)  We also  picked up some stuff. I also gave Aaron a souvenir too. We also saw a poster saying “We will miss you very much, Toto.” I liked that poster.  Later on, Megan and I went to the English Class. Mr. Larsen handed the Article of the Week to us. It was about a company CEO who made his income lower and made his workers’ higher to a point that they were equal. That was quite interesting. I also led Megan to write something about me   too. It was   quite nice.

Then, we went to lunch together along with Anna, Emily and the others.  I had some fun in talking to each other while I was finishing my lunch. Megan and Anna gave me a granola bar and some jelly respectively.  They were quite nice. After that,  Megan and I got to the school office to pick some stuff up. It turned out to be my souvenirs that I thought I lost them. So, I thanked the teacher for that. Next, we went back to the class. Garrett, who was one of the students I studied with in Spanish, Math and English, gave a book about the Flying Tigers. The Flying Tigers were an American Volunteer Fighter Squadron who  fought on the side of the Nationalist China led by Chiang Kai-shek against the Japanese aerial units from 1940 to 1941. They had lots of successes against the Japanese  fighters. Claire Lee Chennault led the squadron during that time. This squadron became one of most famous U.S. fighter units of WWII. I thanked Garrett for the book. I liked this book. I read it for some time until the period was over. Then, I took a photo with Mr. Larsen.  Later on, Megan and I went to the History Class. Mr. Romatowski told us to finish some questions about the  CCC (the Civillian Conservation Corps) and the Migrant Mother. It was quite ok. Then, I took a photo with Mr. Romatowski. It was one of nice pictures, as both of us   became really close due to the History Subject.  I also gave  Mr.  Romatowski ,  Claire, one of the students who studied history and Lexis who was also another student some souvenirs too.  Then, Megan and I went to the Science Class. Mr. Filer led us  finish some worksheets about radiation again. I read an article about radiation too.  Then, I  talked to  Megan, Camie and the others about how much I would miss them. I also gave the last souvenir to Camie .  Porsche, Jensen, Megan and I also took some pictures too. They were quite nice. Camie took a group picture for us too. Next, Jensen said goodbye to us and hugged Porsche and I  . We would miss   her quite a lot. Megan and her said that they might visit Thailand in the future. I hoped that I could meet them if they came to Thailand. Later on, we went back to the class and finish things up. Megan also gave 3 pieces of paper that my friends in Washington wrote to me. It was quite nice of my friends that they wrote to me. When the period was finished, we went upstairs and packed things up. After that, Megan hugged Porsche and I.  I never felt that kind of nice and warmness in my life.  Next, we said goodbye to each other for the last time. Porsche and I went downstairs and waited for George and Pat.

Then, we were picked up by them. We went o Walmart to buy some food for Chicago. It was somewhat ok.  Later on, we went back to the apartment and dropped some stuff there.  After that, we went to Pokpong’s house. At first, we saw no one , but his host mom came from the back of  the house and led us to  the backyard.  We saw Pokpong and  other members of the host family. We had our dinner around the bonfire. Pokpong said that he started the fire that burned the wood. I had 2 pizza pudgi-pies , 3 sausages and some marshmallows. They were quite delicious.  Then, we played some baseball with the host father and the son. We had lots of fun in doing that. The host father taught me the method of standing in a proper position   when I was trying to hit the ball. I thanked him for that.  Next,  2 of Pokpong’s friends came in. They had their dinner around the campfire too. After that, we went downstairs to play pool. It was quite nice to watch them. Pokpong was the game-ender , because he made the 8 Ball (the black ball) to fall into the hole for the 2 occasions.  Later on, George showed us a game of Cutthroat . It was a game that you had to hit your opponents’ balls to the holes and become the last person to have any one of your balls left. It  was quite fun. I was the winner of this game. Then,  Porsche and I went back to the  apartment. I found out that  I lost my phone at Pokpong’s house. So, I told George about it. He told the house to find for it. A few moments later, he told us that they couldn’t find it yet. So, I gave more details about where was the last location I knew where was my phone. Later on, George went out to find it. He phoned back to Pat who was still in the apartment that  they found my phone. I was relieved by that. I should try to keep my phone in a more proper location and try to check for it at all times. Then, George came back with my phone .I thanked him for getting my phone back to me. From about 7 P.M., I started  typing and saving my blog in Microsoft Word.  Next, Porsche taught me  about doing some push-ups. He told me that I should try to do some push-ups too. Finally, I went to bed.

P.S.  : I would miss my friends at Washington, especially Megan. You guys had made it one of the best experiences for me  to stay in this school. I hoped that I could see you guys in the future!