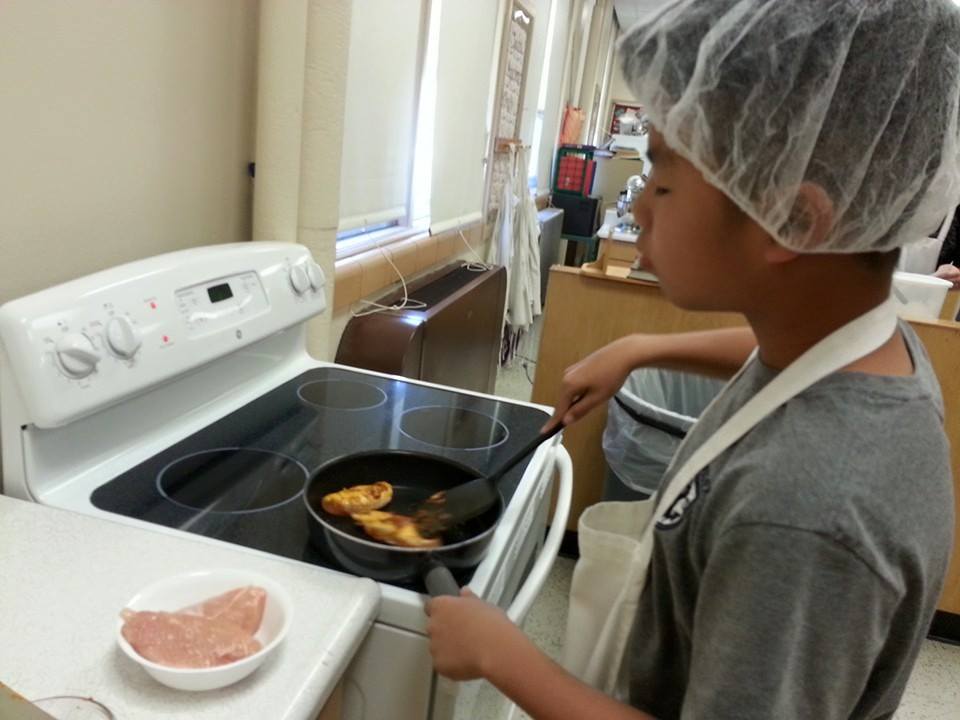 We went to Festival Foods to buy some food. It was quite ok. After that, we went back to the apartment and had our dinner. It was a roasted chicken and some rice. It was delicious. Then, George and Pat told us that they would go outside for sometime. They told us to go to bed at 10 P.M. . Next, Porsche and I did the dishes and relaxed. Later on, we went to bed.

For April 28th, I woke up at 5.50 P.M. . I brushed my teeth and changed my clothes as usual. After that, I prepared my lunch. It was still a Roast Beef Sandwich. Then, I ate my breakfast. It was cereals again, but it was nice. After that, Porsche, Pat and George woke up respectively. They did their rountines as usual. At 7.00 P.M., George, Porsche and I  went to the school. Porsche and I went to the cafeteria immediately. We played with some students for some time unitil Megan, Jensen and the others came in. I gave Megan and Jensen more souvenirs again. They said that they liked it, especially, Megan. When the bell rang, we went upstairs to pick up our stuff. We also met up with Emily who was also another student we often met on Art and Gym classes. I also gave her souvenirs too. After that, Megan and I went to the Spanish Class. Ms. Doll explained  to us more about the trip tomorrow and she also led us look at a video concerning about Spanish verbs in cooking. I couldn’t understand most of them as usual. Next, I also gave some more souvenirs to both Elizabeth and Anna too. Then, Megan and I went to the Math class. Ms. Leick explained more about the equations more. We also finished more equations this time. I am not quite sure if I should try to finish all of it yet. I gave Ms. Leick another souvenir too. Later on, we went to the Cooking Class. Ms. Deem led us made up a vegetable sidedish apart from our planned fajitas. We decided to make some salad as the sidedish. We also joined up with Jensen and Porsche there. In that class, I helped Megan and Jensen in cleaning up things, while they cut some vegetables and preparing some seasoning for the chickens. Porsche fried those chickens. He actually did a good job in doing that. Then, we cleaned things up and went to the Art Class. Mr. Pendergast told us to make a clay pot. I managed to do it , but I still needed some instructions from both Megan and Mr. Pendergast. We would only need to wait for the pot to dry in order to do something else. Next, Megan and I went to the English Class. Today, Mr. Larsen taught us about perspectives and points of view. We made  some mind-mapping for those things. He also showed us a video about a song and a page about its lyrics. We had different opinions on it. The opinions we made were points of view. Megan and I  also made some comments and opinions on the lyrics too. It was quite nice.

After that, we went to the cafeteria again. I heated my food along with Megan. When we finished heating up our food, we went to the table. My lunch was quite delicious as usual. I started  talking to others. It was quite ok.  Then, we went back to the English Class again. We read books again. In 1984, I managed to progressed to a point that I could understand how the relationship between Winston Smith, the protagonist and Julia was. They both hated the Inner Party and tried to avoid their surveillance systems. It was quite interesting. Next, Mr. Larsen led us choose a single word to describe the perspectives. We chose enigma. At first, Megan didn’t understand the meaning. When she found the definition, she said that it was a good word. Enigma meant a puzzle or a mystery. I believed that perspectives were like an Enigma, because there weren’t any definitive ones. It depended on each person to perceive it.  Then, we went to the History Class. Mr. Miller was the substitute teacher. He led us finish some more questions about the Orphan Trains and the Teen Hoboes in the Great Depression. They were both quite interesting parts of the Great Depression. We managed to finish  those questions. After that, we went to the Science Room. I gave souvenirs to Camie in that class. I also met Jensen and Porsche there. Megan had to play a soccer match, so she sent me to go with Jensen and Porsche. We went to the Spanish Class. Ms. Johnson led us pretend to be customers in a restaurant. We had to speak in Spanish to our “waiters”. I managed to accomplished that. Some of my friends there was surprised the way I spoke in Spanish. They said that it was better than theirs. Later on, I also gave souvenirs to Ms. Johnson. She liked them. Next, Porsche and I went outside and got picked up by George. After that, we went to the apartment. We had a dinner there along with Pat. We had pastas as  our dinner. They were quite delicious. Then, we went to the Library in order to update our blogs. After that, we went to Hobby Lobby to buy some goods.