Today we woke up at 6.15 am. We woke the kids up at 6.30 am by going to every rooms. At 7 am. Praewa’s mom came to pick Praewa up at the hotel. George and I took all her stuffs from our room and get Praewa at her room. We came down and met with Praewa’s mom. She took a taxi from downtown. I was wonder how much does it cost.
We left the hotel around 8:30 am. I was the last one because George told me to upload the photo for my blog yesterday and the day after yesterday. 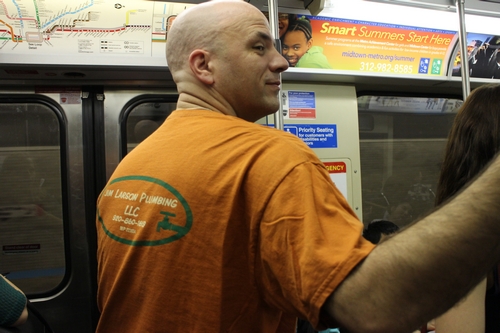 (Kay needs to give George a commission)

The weather was nice and cool in the morning. We took the CTA downtown and took the bus to the Field museum. While we’re waiting for the bus, we saw two people were climbing the building. We think they’re racing to get down. That’s quite interesting. I think the good thing about taking CTA and bus is we can really see things in town and we can stop whenever we want. 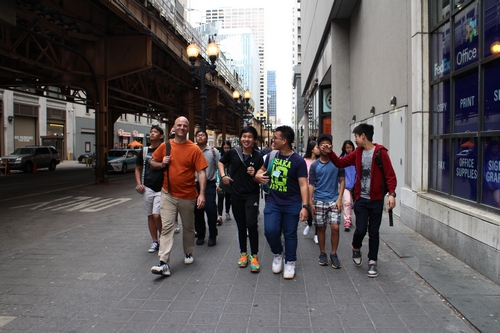 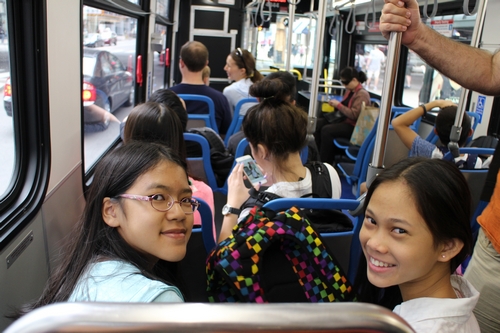 We got there around 9:30am. Buying tickets took at least half an hour. The kids can choose what topics they want to go. We were separated to 3 groups. We told the kids to come back together at noon. 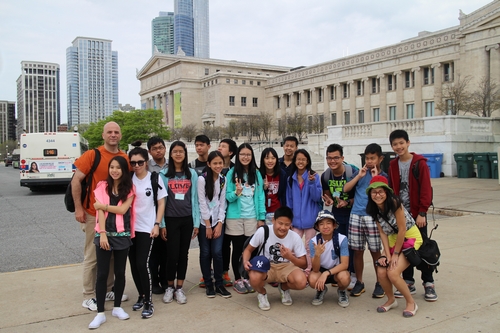 George and I went with Win’s group because they’re the biggest group. We went to underground exhibition. It’s about ant, earthworm and many life under the ground. So far we learn that snail lays egg and crayfish lives under the ground. 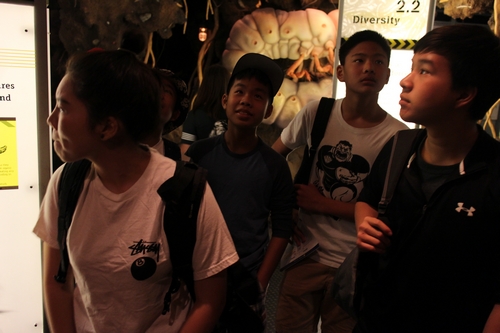 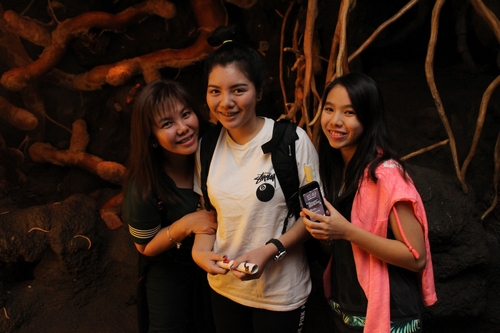 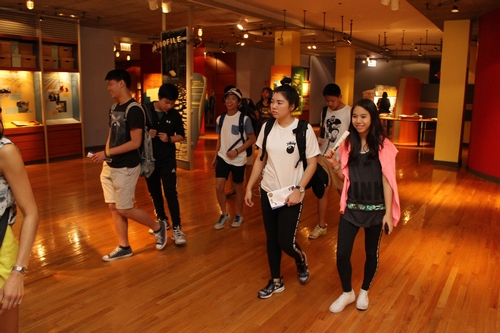 There were more sections that we can walk around so George and I went to the other one by ourselves. 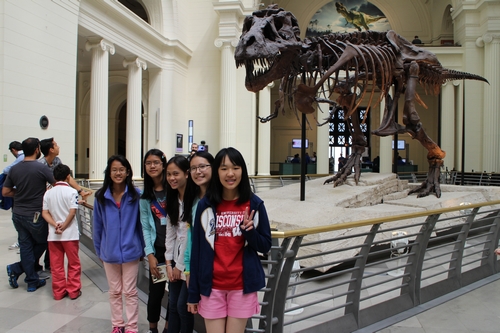 (Praewa came with her mom too.) 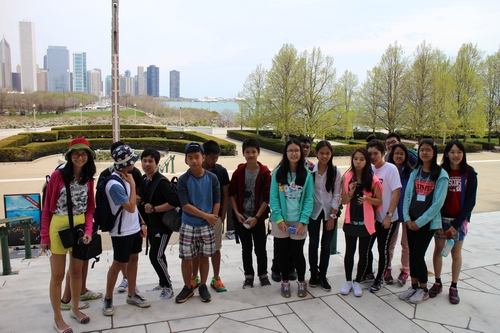 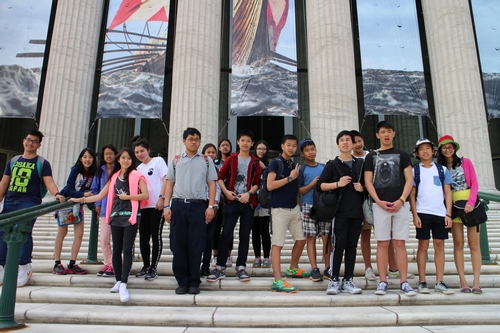 We met up at noon and we were going to walk along the park but it happened to close because they just had NFL Draft. The sun was really hot at the time. 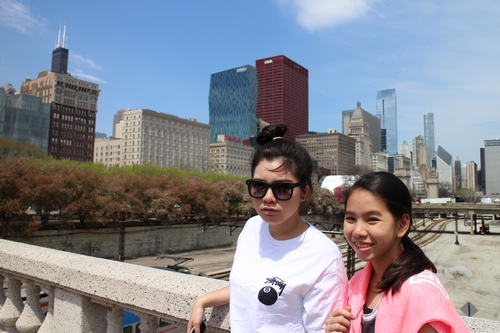 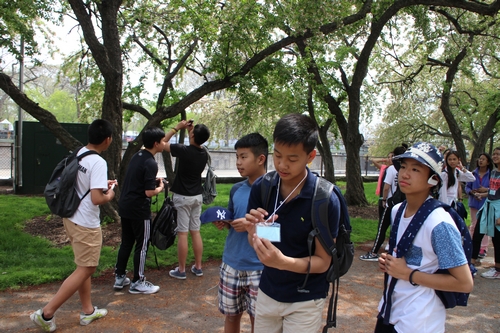 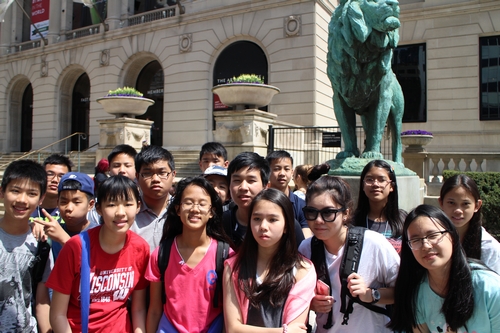 Eventually we got to the Bean. We let the kids took some photo. They didn’t seem to be active. I think because the heat so we were there for 15 minutes then we walked to Subway to eat. The restroom here require password to get in. Hmmm

After the meal, we got some rest, got some air condition. We walked to AMC cinema because we added extra activity for them. The Avengers: Age of Ultron just on theater and we think the kids love it (or at least George loves it) so we booked the tickets for them to watch at 6 pm. Since we got there early, the staff said we can move the time to 4 pm. We think it’s a good idea so we can end the day early. We had an easy time for the first time. I told George when we were in the cinema. Yesterday was CTA ticket, Willis tower and today was the park. So we have been difficult all these days.

We walked pass Candy Bar. The kids love it. 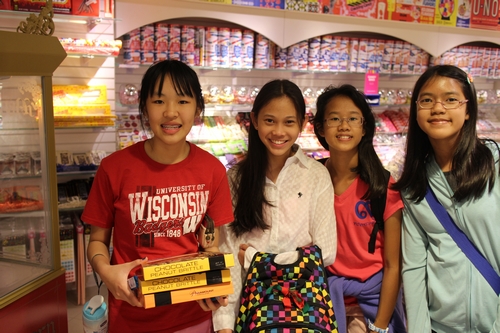 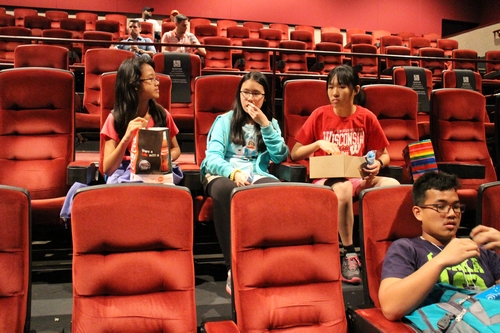 Popcorn is refill. I got combo set one big drink and big popcorn for 14$ 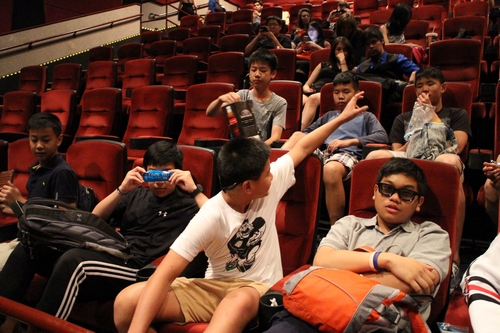 After the movie was done, we found that it rained! What!,@$!! Well, at least it didn’t rain hard. We walked along the wall, trying to find a good place to eat. We walked around for a while but we didn’t find any place good for kids. George let the kids waited in the roof instead and he walked around for almost an hour. He was soak. Nothing was open on Sunday. They did open but they closed at 6 pm. And the place that still open was Pub and Restaurant. Eventually we decided to go to Thai restaurant that we supposed to go tomorrow. Good luck they had space for us. We had a great time because the food was really good. We’ve been here before. We didn’t tell them what to cook because the owner knows. Once the food came, we started to eat with hunger. Then we realized George wasn’t here! He came back with a bunch of raincoat for everybody. After we saw that, all the kids crab their hand for his honors. Hahahhaa such a moment. We finished eating around 9:30 pm. We took CTA back home. It’s another long day but at least it’s shorter than yesterday. 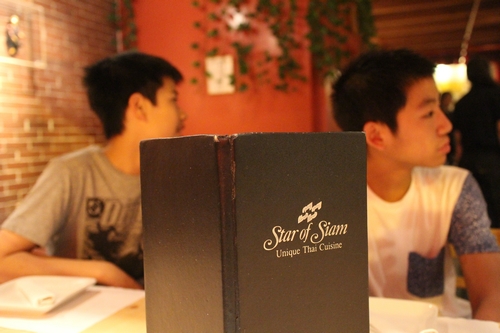 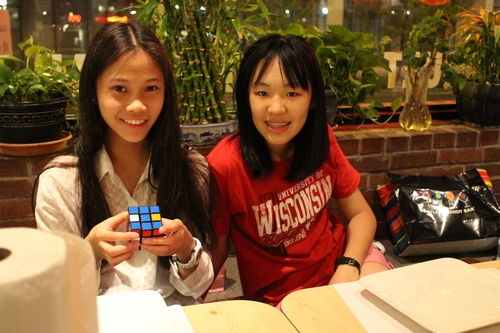 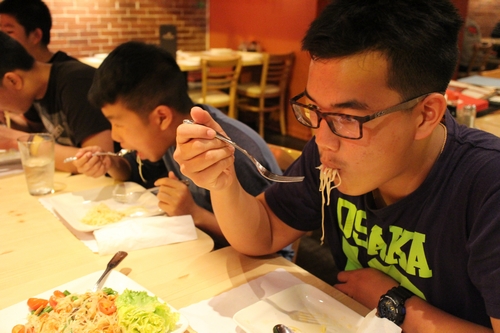 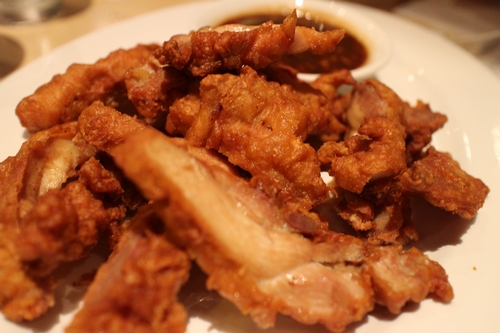 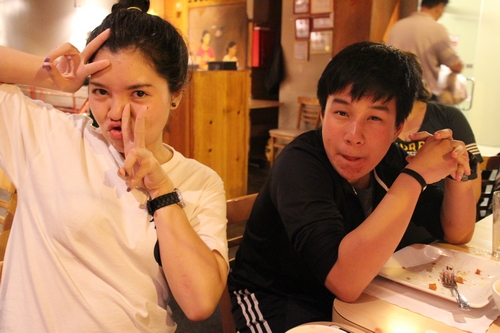 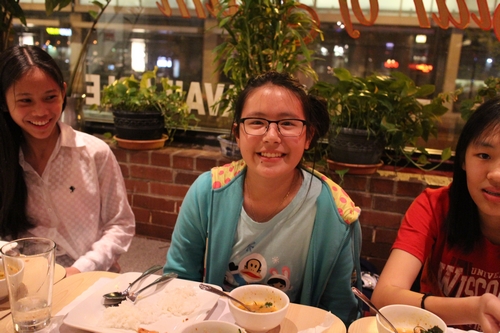 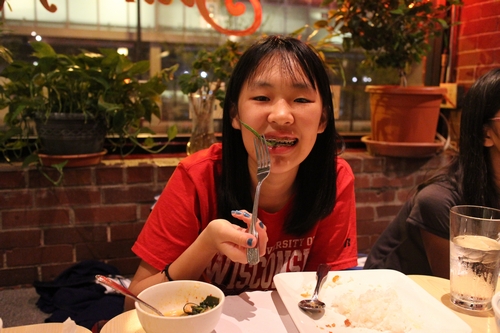 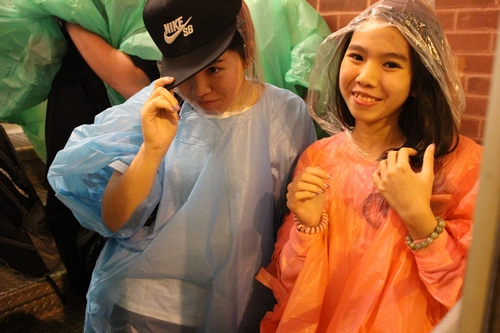 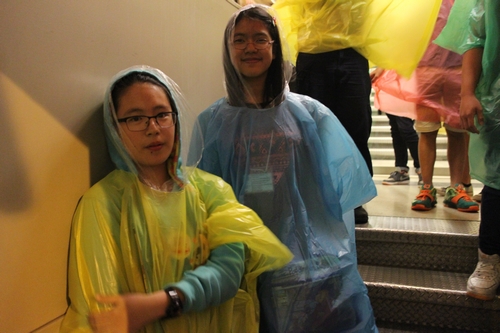 Oh I forgot that on the way to the cinema we saw a dancing team on the street. They got our attention for a while.
It’s not really because how they dance but it’s because how they talked. They’re funny.
George and I gave them some money but the kids who were in the front roll didn’t give them any so later on when we walked pass Magic trick guy, we asked them if they have a dollar. They said “no” so we told them we won’t stop to see it. Hahahahah 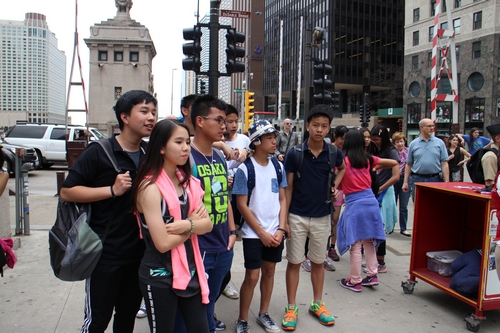 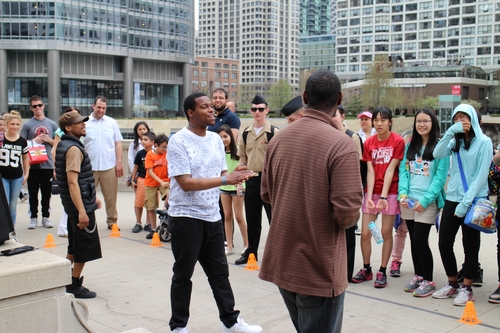 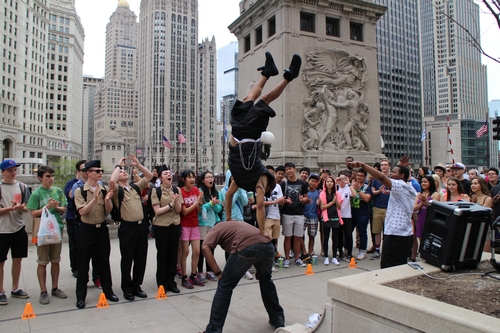 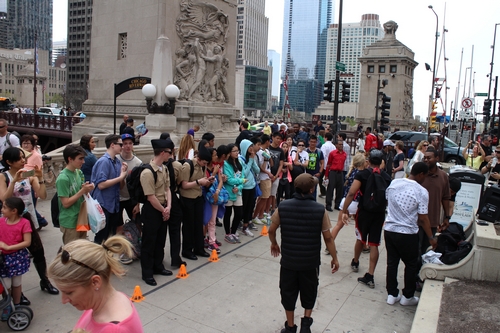