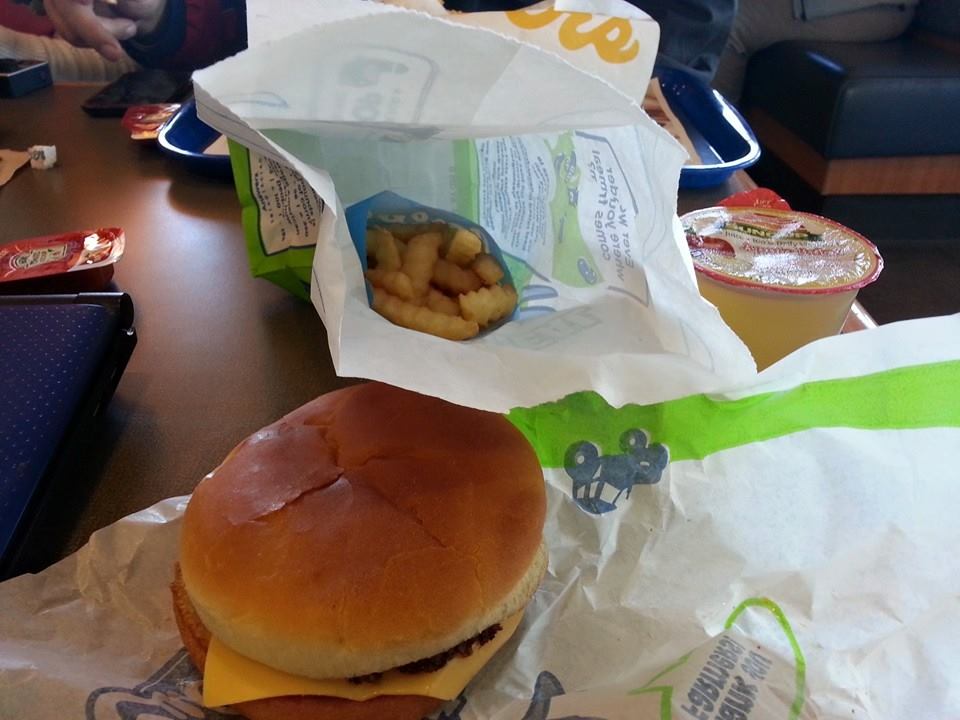 On this day, I woke up at about  5.50 A.M. . I took a shower and changed my clohtes. I also brushed my teeth too. After  that, I made my own breakfast, a bowl of cereal. It was kind of ok. Then, I relaxed myself for some time. Next, Porsche woke up and finish his routines. Later on, we relaxed for some time until about 9 A.M. when George and Pat woke up. Porsche and I went outside for a few minutes and took some photos. It was quite ok. When we finished walking, we went back to the apartment. We played some card games and tricks with Pat and George. We had  lots of fun in doing those kinds of things. Next, we relaxed until it was 11 A.M. . We went to Walmart to buy some stuff like medicine and bags. It was quite ok. Then, we went to Taco Bell to have our lunch. My lunch was 3 tacos. They were quite delicious.

After that, we went to the Neustadter Observation Point. We met Pokpong, Time, Junior, Win, Plakaow , Nemo and their host parents. We had some fun in talking to them too. We went there in order to go canoeing and climbing up on a tower. First, Porsche, Pokpong and I got on  Pat and George’s car. Then, we reached the area where the canoes were launched. We helped the host parents with unloading the canoes. Porsche, Win and I were grouped to be seated in a canoe. We started paddling to the area for some time. We didn’t progress that much, until Win told me to switch positions with Porsche. So, we joined up with a host parent’s boat before intiating the swapping. After that, we moved to the area slowly. We were behind the others a lot. I also felt that I was both bad at paddling and being useless at the same time. I also got a little bored. Then, we sailed further into the swamps. We saw what we supposed to be crocodiles. We were terrified by that, so we moved away from that area. Later on, it was only revealed later on that it was wooden pieces that looked like the shape  of crocodiles. Then, we were helped by some host parents, George, Pat and Plakaow in order to get back on the shore. When I got out of the boat, I fell on the grass, because my right foot couldn’t move much due to no movement of the foot while I was on the boat. After  that, we went back to the post and climbed up on the post’s tower. It was quite high. I managed to get to about half of the tower’s height before I got down. I felt that I lost the strength of my legs after I got down on the ground. Then, Porsche, Pat, George and I got on the car and went to a park. I found out that Pokpong left his phone in the car, so I told Goerge about it. In the park, we saw some baskets for frisbee throwing. It was quite interesting. Later on, we also went into the woods. It was a little bit hard to walk there. We also saw a waterfall. It was quite beautiful. After visiting the park, we went to Festival Foods in order to buy things that could be prepared for our lunch in school.  I was ok with it. Then, we went to Culver’s in order to have our dinner. Mine was a cheeseburger with some fries. They were quite nice. Pat also gave me some more fries too. After that, I updated my blog . Next,  a waitress told to us that she needed to give someone some ice cream. George said that he would. He gave that thing for me to eat. The ice cream was nice too. At around 7 P.M., we returned Pokpong’s phone to Pokpong at his host’s house. Then, we got back to the apartment and relaxed for some time. Finally, I went to bed.