I slept really late last night and George didn’t sleep at all.
He went to get Porsche and Toto suitcases at their host family house in the morning. After he came back, I woke up and ate breakfast.

We went to Nemo’s school right away because she had her school play today.
She was on the stage as a people in town. She sang two songs. First song was easy. I can see she’s singing but the other one I can see that she’s kind of moving her mouth a little bit hahahaha.
Her acting was really standout. Hahaha. I’m glade she didn’t drop any glass bottle. 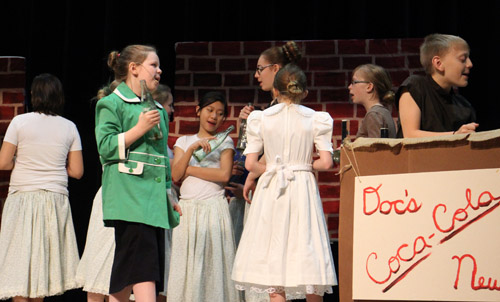 Her play was an hour. I think American school show is way more serious than Thai school. The students did a great job. They sang well and tried hard for an acting.

We went back to the apartment and did some cleaning before Porsche and Toto come back from school.
We ate lunch at home. George took 10 minutes nap.
After that we went out to Food Festival to buy food for dinner and picked up the boys.

Their school finished at 2.57 pm. I don’t know why American school has to finished at the exactly 7,3 ,2 minutes. It doesn’t work like that in Thailand.

When they got to our apartment. We let them unpack their stuffs and I prepare the dinner right away. They seem surprise by our dinner time. They said they usually eat around 6 pm. I told them we can eat later but they wanted to eat right away anyway.

We ate and talked about today. They told us about the school and some how we end up with critical thinking + Math questions. George asked them and they asked George. Hahahaha

Toto and Porsche seem to be each other buddy. It’s kind of cute when I saw them did something weird together.

I walked out to the living room and saw Porsche did this to Toto.
I asked “what are you doing” and Porsche said “helping Toto with his stomachache gas” hahahahha So funny that it sounds like something they do everyday. 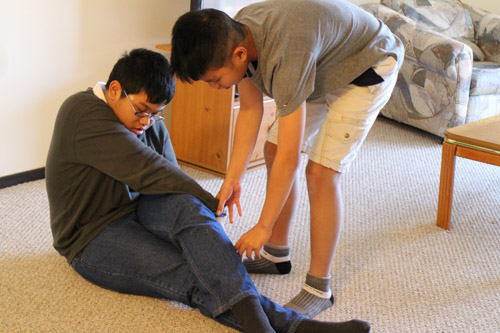 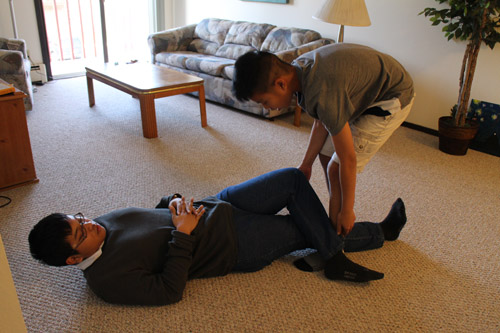 After dinner, we went to the game shop to use the internet for blog.
We were there for an hour before we went to see Plakaow and Junior’s Play at school. 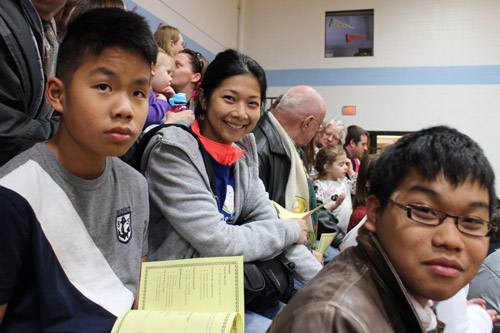 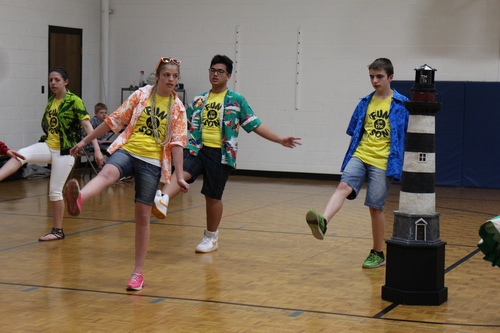 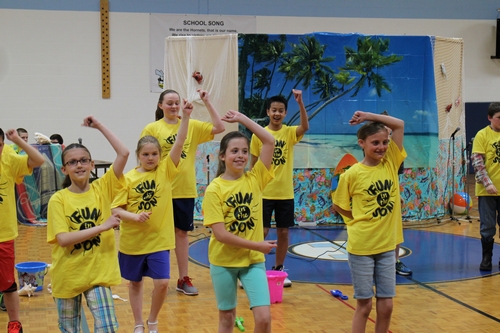 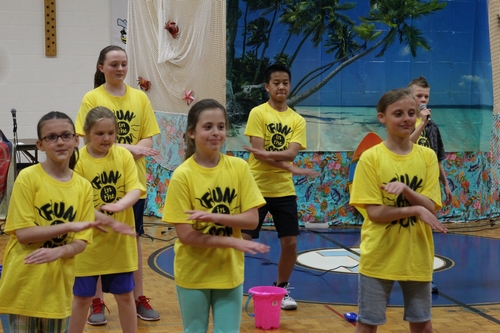 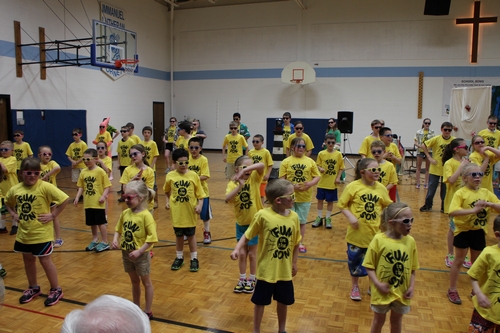 When we walked into the gym, we saw Brenda and Dan in there already. Dan sat on top of the bleachers with a video camera set up. He was such a daddy. I like him. He’s always prepare for his kids and he takes a really good care of Plakaow and Junior.

The play was 50 minutes long. Junior and Plakaow seem to enjoy the play. Junior was really active. We noticed he has a lot of friends and talked a lot with his friends. He wasn’t shy. Totally different from the first time we visited him at school. They made me proud. 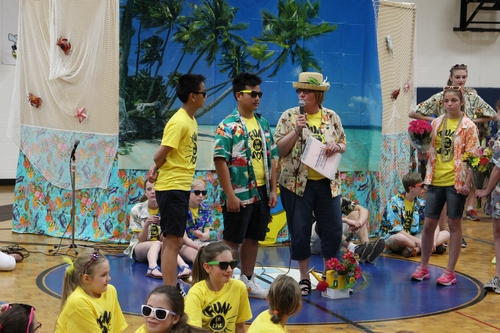 At the end, the teacher introduced Plakaow and Junior to all the parent and gave them a rose. To thank them that they joined this play. That’s really nice.

After the play finished, we took some pictures of the kids with their friends and talked to Brenda and Dan. They told us a lot of funny story about Junior and Plakaow. Dan said Plakaow made a perfect big brother. When Dad was killing a turkey in the back of their yard, Junior didn’t see it but Plakaow took the video and show it to him, just to make Junior scream or Plakaow would hold the warm in his hand and show it to Junior when they’re fishing. Hahahaha

We went home around 8:30 pm. We made the kids prepare for bed and their bed time is 10 pm.