Today we went to eat Japanese buffet with Sai at Yamato Japanese restaurant. It’s only 16$ per person for lunch. It was really good. The food fresh and yummy. I didn’t expect this much. It’s better than Thailand buffet at the same price. I love it. Cheap and Yummy. 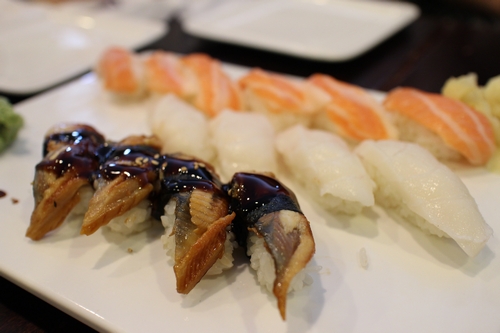 We’re so full. After that we went to the park. George wanted to feed the ducks so he walked me to CVS to buy some bread and snack.

It was really windy when we walked there.
We came back to the park and feed the duck, took some photos. Around 1.45 pm we started to left to the airport. We took the train. It’s crowded because there’s a big Boston Marathon last Monday. There were hundred thousand of people came for the event and seem like they’re going back home these days. 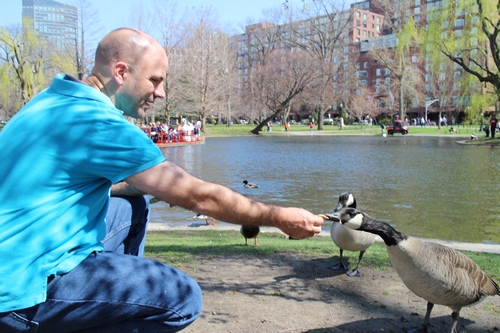 Good luck we got on to the first train after waited for 30 minutes. It took 20-30 minutes to get to the airport. When we get there, we had 15 minutes before boarding time. After the passport checking, we hit a traffic of security check. It was a long line and we think we couldn’t make it before the gate close if we didn’t skip to the front.
George decided to ask people before us in the line and they’re nice about it. We got to the front of the line and we caught the airplane just in time.

The flight to Orlando was 3 hours. The airplane was small so it shacked a lot. It’s kind of scary. We got to Orlando at 7.30 pm. George’s cousin picked us up. He hasn’t seen George for 26 years!
He took us to George’s parent house. They had Sarah(George’s mom) birthday party today. We got there and ate Chinese food before sang a birthday songs. All the family were here. That’s nice. 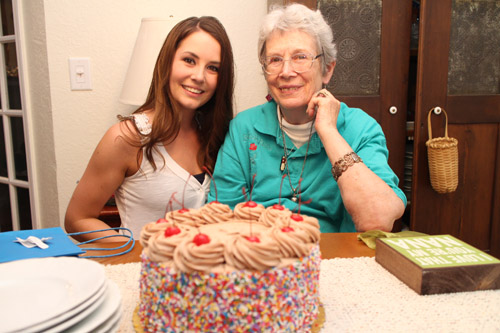 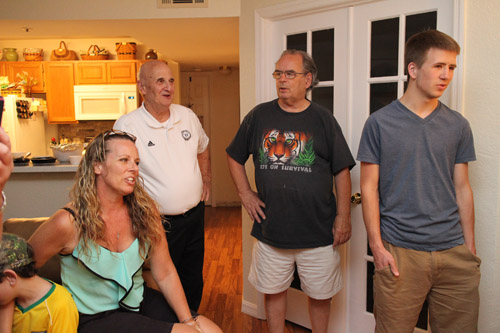 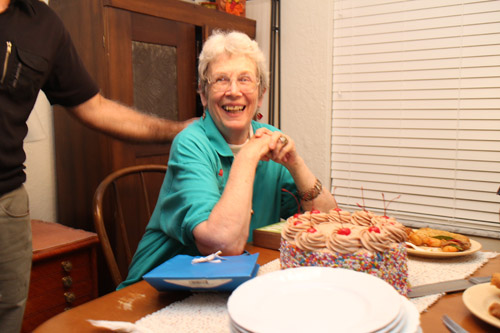 We went to sleep at George’s sister house. Pam is sending her son and daughter to Thailand this May to work for us. We talked to Pam, Alberto and her kids a lot. I think they’re similar to the Thai parents when they’re sending their kids over here but her kids were a lot older.
I can see why Thai parents were so scared and stress. Hahaha

We went to bed around 2 am.