After ate breakfast, we checked out from the hotel and move to the apartment. It’s hard to believe that we can put all of our stuffs into our car. We thought we have to do 2 rides but we’re wrong.

We are on the 2nd floor of the apartment. That’s kind of sad because we have to carry all of stuff up by the stair. Our apartment has 2 bedrooms, fully furnished. They do prepare everything for us. We can just move in and stay right away, bed sheet, blankets, towels, dishes, laundry machine, TV, sofa, pillows, pan, pot, etc. 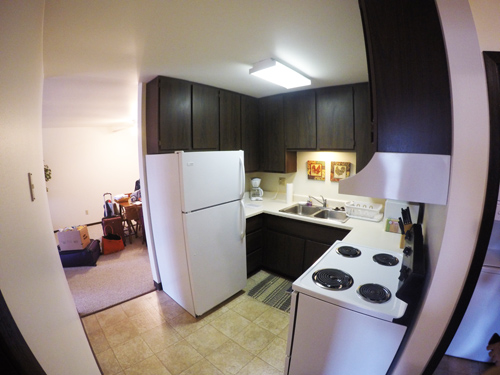 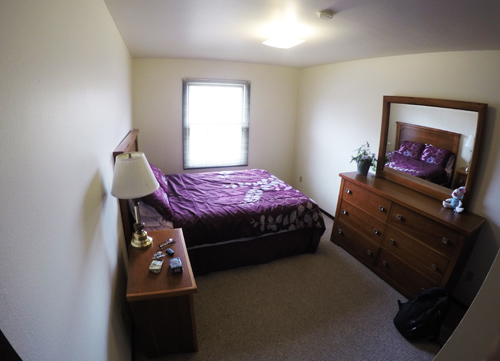 After we finished moving, we went out to visit Win and Pokpong at Manitowoc Lutheran High School in their religion class. Win and Pokpong study in a different classroom. 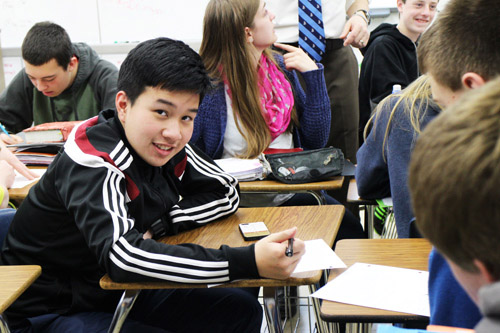 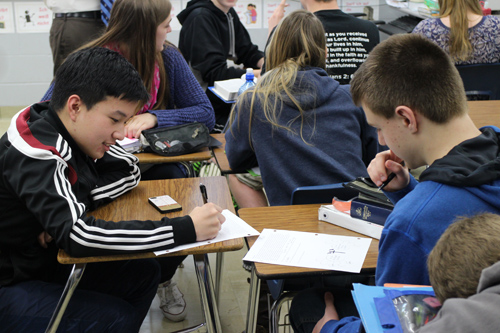 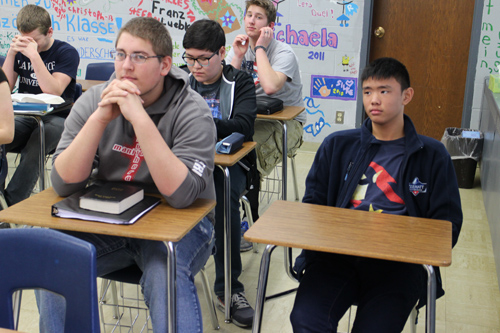 We didn’t stay long because they just sat in the classroom and study. 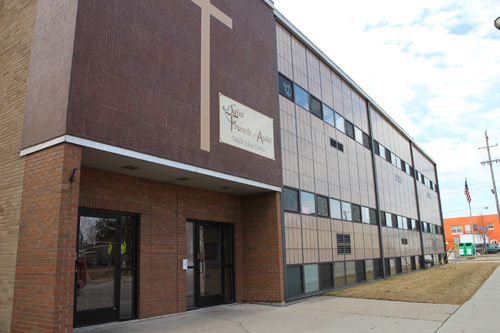 We went to Peem’s school after that to catches him before lunch. Peem was excited to see us. Peem told me about how the students in the school know him and excited to see him so much. 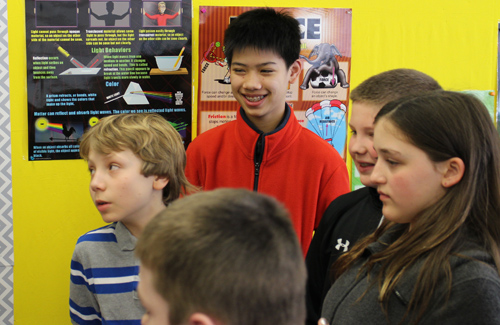 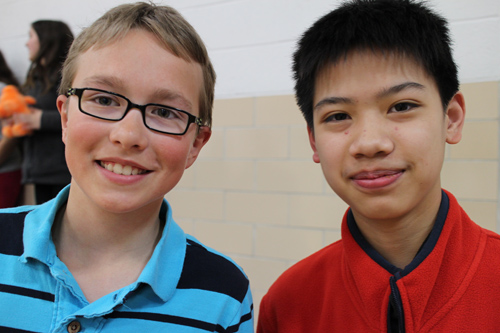 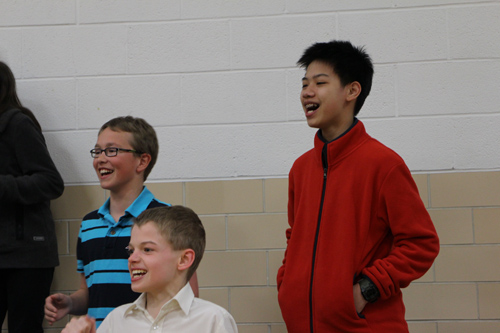 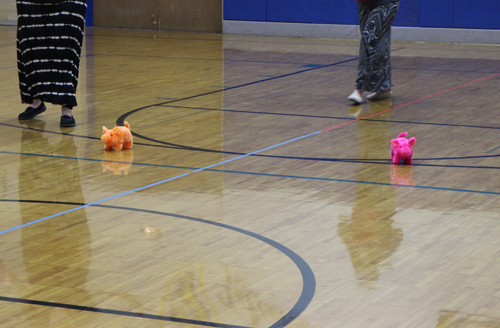 His class was funny. They’re choosing a toy pig for racing with the other classroom. The teacher said today was the last day before spring break so they kept it light. 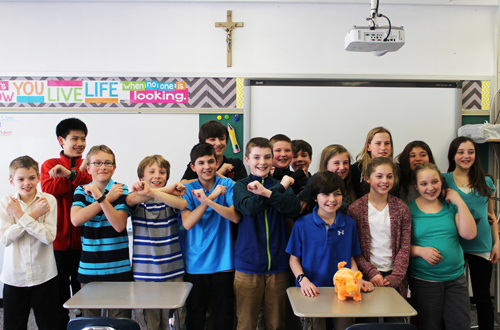 They have lunch break at noon. George ate Peem’s food! So greedy.
After they finished lunch, they went outside to play. We took some video and photo because we went for our lunch also. 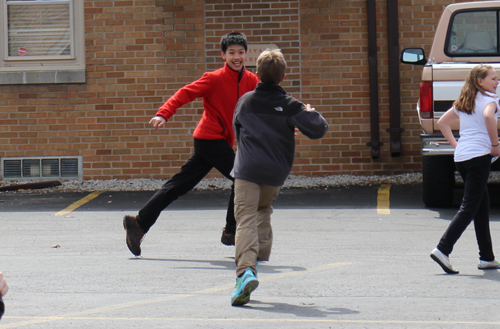 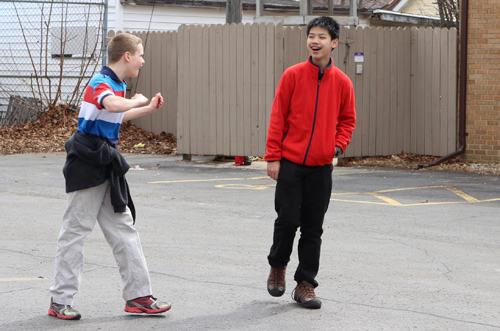 We ate at KFC today. There’s not much KFC around here.
I didn’t take a photo of the meal because we’re in a hurry.
We wanted to visit Porsche and Toto’s house by 1:30 pm.

We ate quickly and went to Porsche, Toto’s house.
Their house is huge near the lake. Toto opened the door for us.
Toto showed us the house in English and Porsche translated in Thai. They’re such a team. They both are so proud of the house. 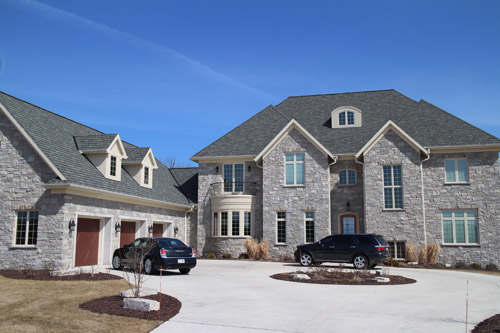 This is their bedroom. They sleep together. 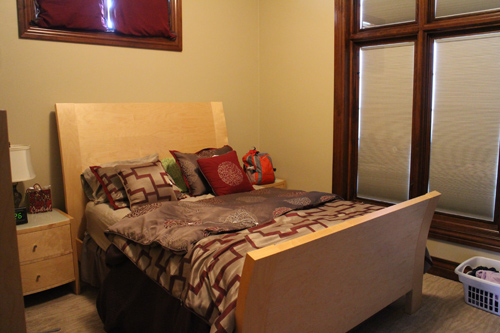 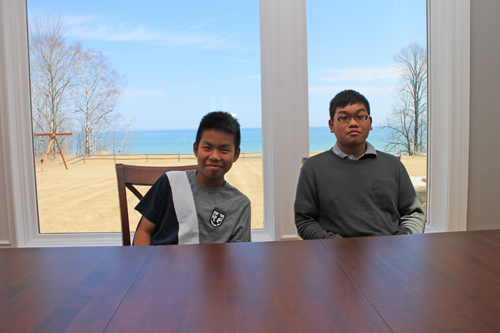 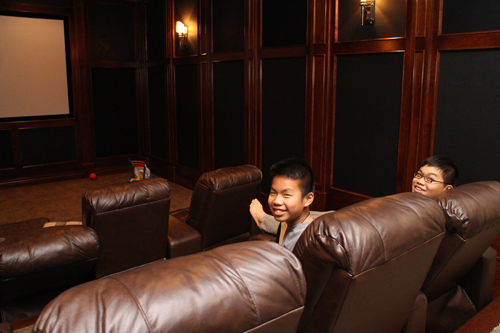 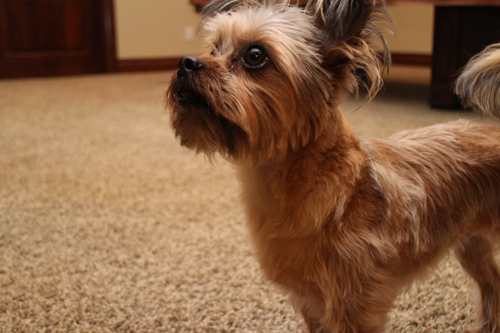 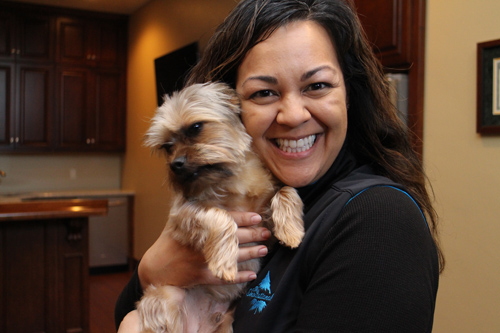 Porsche with the dog. 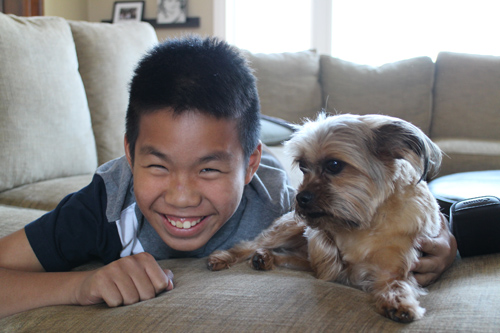 Porsche with his Bear. 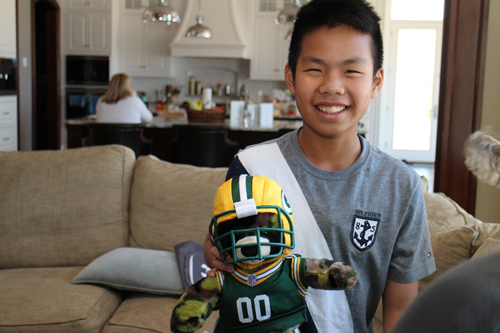 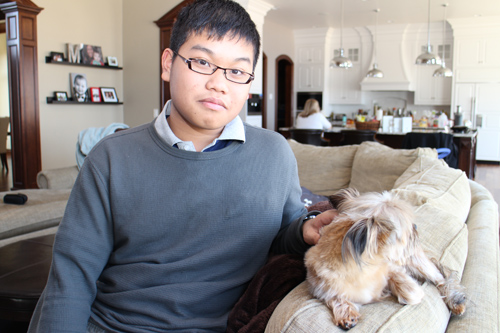 I talked to Porsche and Toto about their routine and activities.
Thier host mom tried to bring them to many place even though she’s busy. Porsche said his listening is getting better. The fisrt day he had to ask Toto a lot but now he can survive. I have no worry about Toto. He’s doing well. This Friday, they will go over to Pooh’s house to play baseball.

After a while, we left the house. We’re going to visit Pooh’s house too but he wasn’t home at that time. It was 2:30 pm. We still have time to visit one more school. We went to Nemo’s school.

Nemo was studying about China communism, Mao Tse Tung. She was so serious. Her host sibling help her with work sheet. I’m glade to see that she is attentive in class. 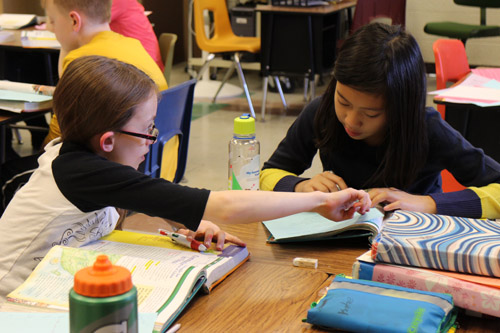 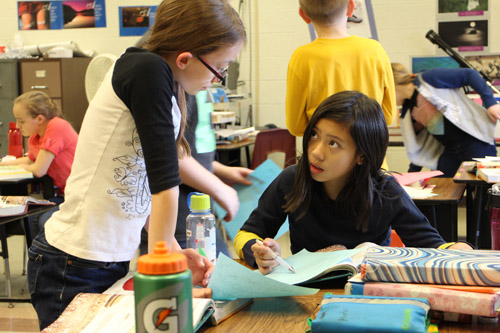 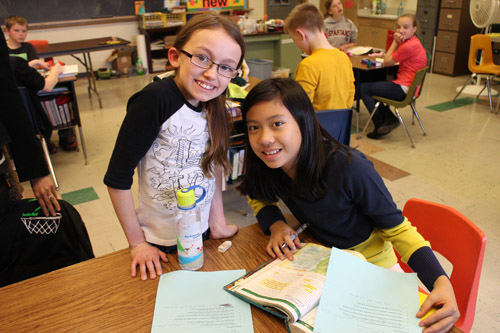 We were there for 20 minutes and we went back went shopping at Copps. It’s food supermarket. I’ll cook our meal from now on.

We bought a lot of veggetable. It’s so hard to eat veggetable outside.
They don’t really serve it and it’s usually not tasty.

We came back to the apartment about 5 pm. I started to cook.
I cooked fried brussel spout and asparagus, pork steak and rice. We don’t have rice cooker. I used microwave to do it. Everything was yummy. George ate a lot. 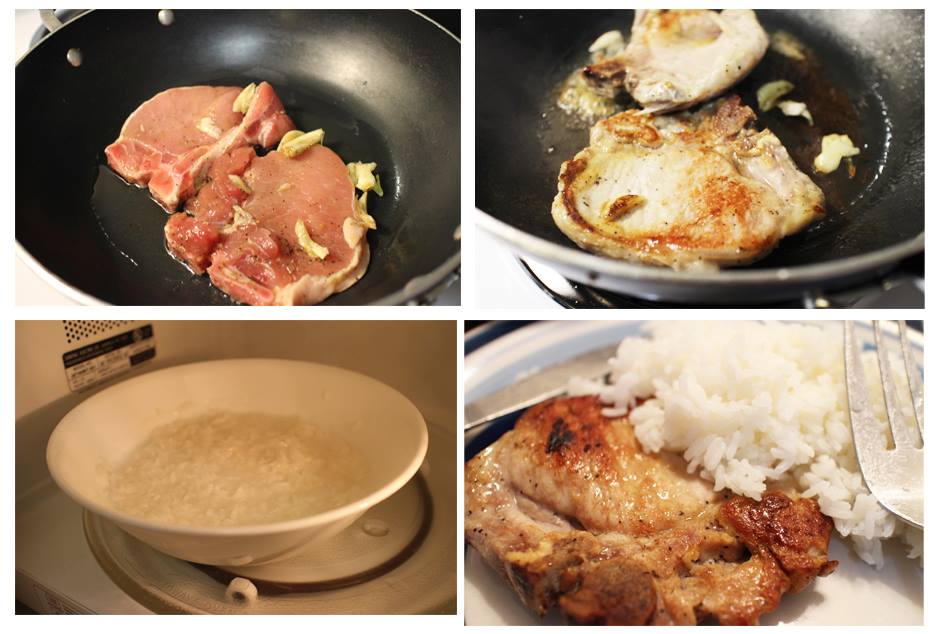