Today we were going tot Sheboygan to meet some new school but we had to change our plan because we had some errand that we had to do in Manitowoc in the afternoon. So we decided to visit students at the school.

We went to Porsche and Toto school at Washington Junior High School. 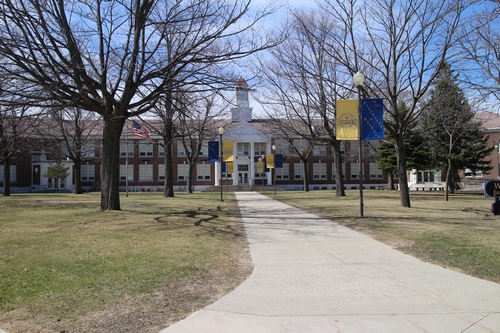 We went to Porsche’s classroom first because Toto was in a play practice.
When we got there, we couldn’t see Porsche in that class. George asked the teacher and the teacher pointed at him for us. He was sleeping and his head was down at the table!!! What!!!

Usually we just came in to take some photo and video and we left but this time we had to get Porsche outside and had a TALK with him seriously.
We’re not allowed the students to sleep and played on their phone in class. That’s not include in the word “ATTENTIVE”

We talked to him for about 30-40 minutes I think.
We visited 15 students already and this is the first time we saw our student fully sleep in class.

After we talked to him for a little bit, he started to claim that he was sick.
No matter it’s true or not. That is not reason to sleep in class anyway.
There’s NO reason for sleeping in class at all. We talked to him if he does it again, he will need to go back to Thailand. I hope this talk will help him improve his attitude and behavior. (We called his host mom after that, she said he was fine in the morning)

We have seen a lot of our students having fun with their friends at school and their teacher. Porsche was missing all that because he choose to sleep. He’s missing out a lot of great stuffs.

We took his phone with us after we finished the conversation. We’ll consider return it to him when we think he’s ready.
We’ll also help him with the alternative way for dealing with boredom when we meet him again tomorrow at the game shop.

After we finished the talk, seem like all the students went to the gym before next class. We met Toto there. 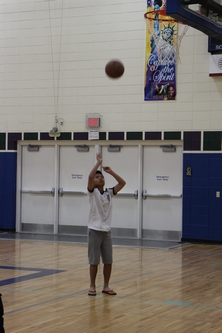 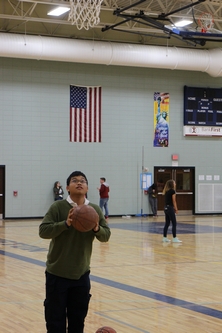 Toto wanted us to go to the other class too, not just gym because he wasn’t good with sports, he said. We followed him to the next class. It was English class I think. They did some reading. It wasn’t Toto’s favorite class anyway. We met his American History teacher. He said Toto’s doing great in his class. He really likes history.

We took some photo and video before we went to Porsche’s Math class.
I heard this class was his favorite class. He probably can understand more than other subjects. 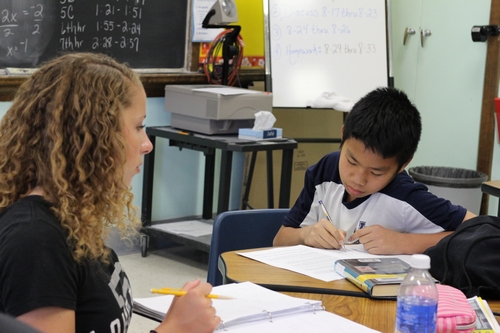 We went to the canteen to get some more photo of Toto with his friends.
He talked a lot and seem to be really happy. 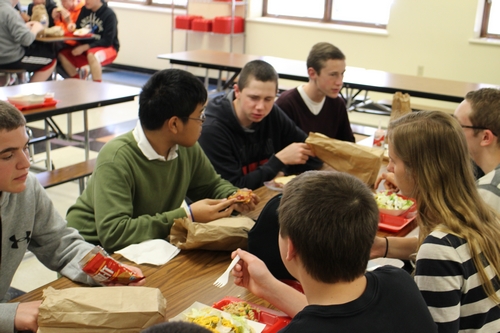 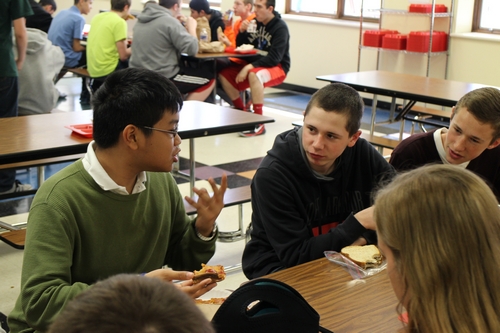 We’re waiting for him to finished because we thought his next class was history but it wasn’t. After we found out we left the school because we’re really hungry. We didn’t have lunch yet.

After that we went to In’s school. It’s Bethany Lutheran School. 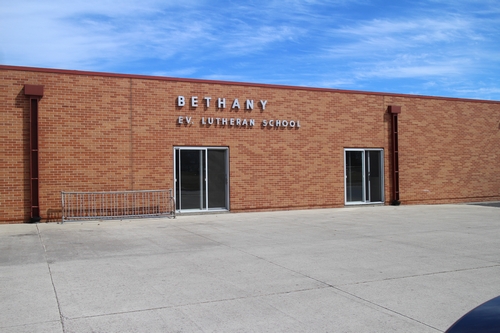 In was in the free period so she’s working on some unfinished work.

Many of her friends seem to get so excited about the camera and started to laugh a lot. 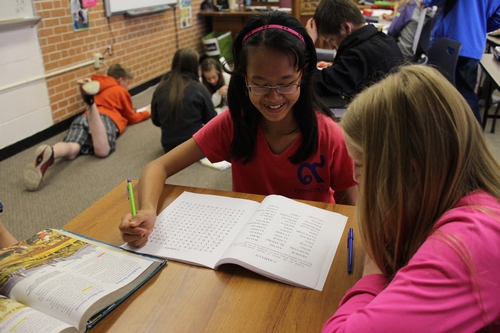 More of them came to help in find the crosswords. I think because they’re excited with the camera. HAhahaha 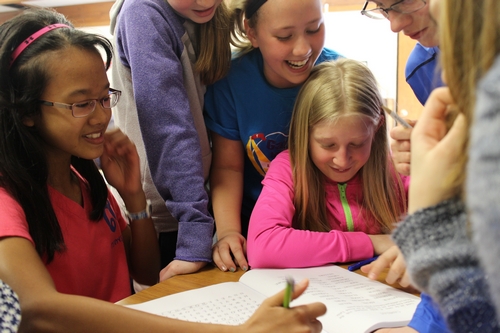 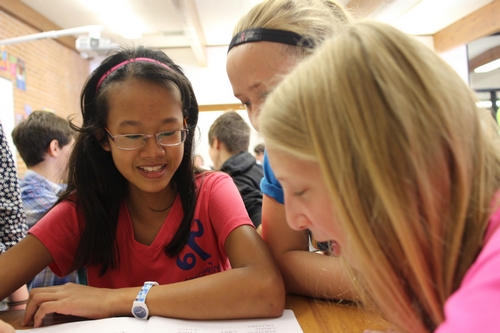 We’re there for a little bit and we left. In’s doing well as same as last year.

We went to the library because we still had a couple hours before visiting In’s house today. I worked on my blog.
Around 4:50 pm. we leaved the library. It’s nice here without traffic. You can calculate how much time it will take to go somewhere. It’s fast.

We got to In’s house on time. In was playing with the chalks with Emma in the front of the house. 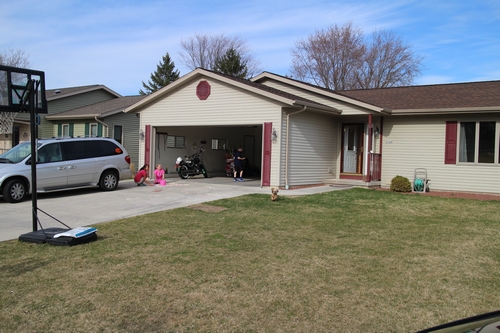 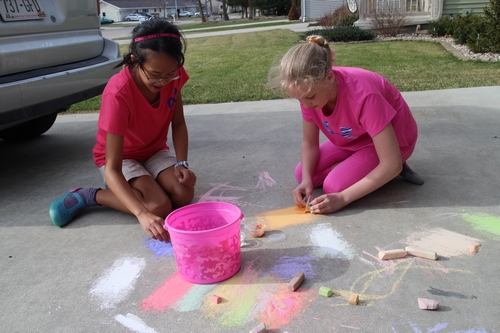 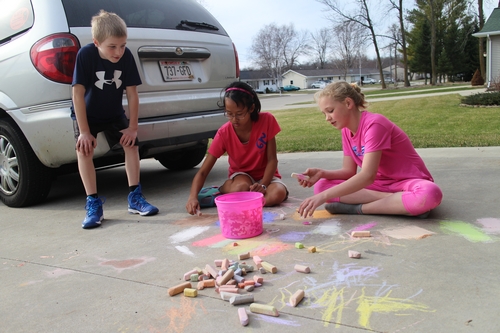 We took some pictures and video. Dori came out and took us inside of the house.
She was making pizza for dinner. Also Kevin came home from work at the same time we arrive too.

We talked to Dori and Kevin while we’re waiting for pizza. They said In was a lot better this year.
Last year, the first couple weeks they had a tough time making her talk but this year In was really open up and talk a lot. 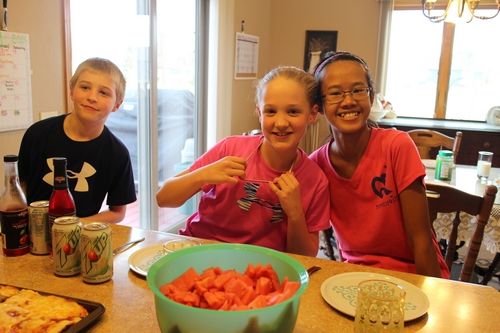 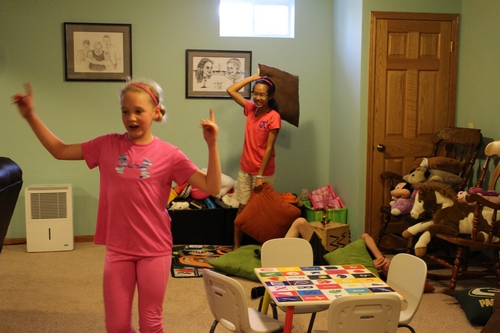 After dinner, the kids went to the basement to play pillow fight.
In was so happy and had a lot of fun. 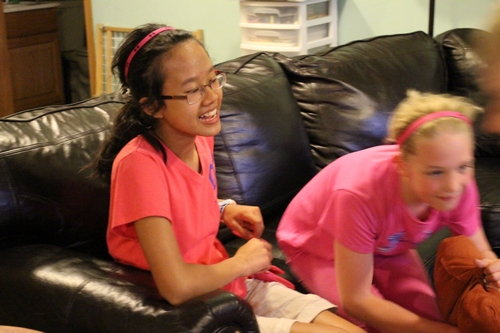 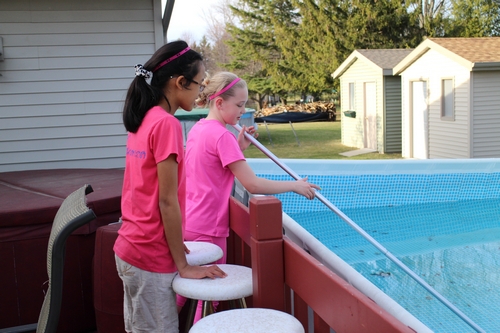 This year, there’s a big pool in the back of their house. 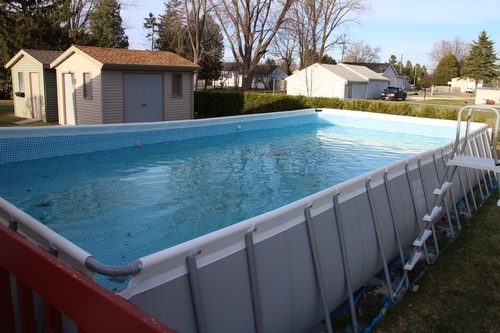 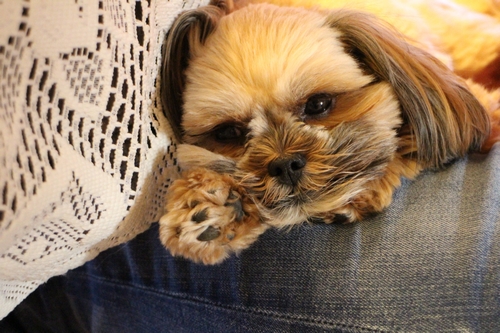 This is Harley, their little dog.
We left In’s house around 6:45 pm. George forgot that we had to be at the coffee shop today.

When we got to the coffee shop, we found Muk and Pooh with their host family were playing Apple to Apple. 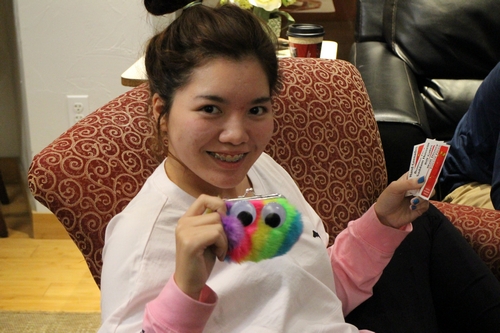 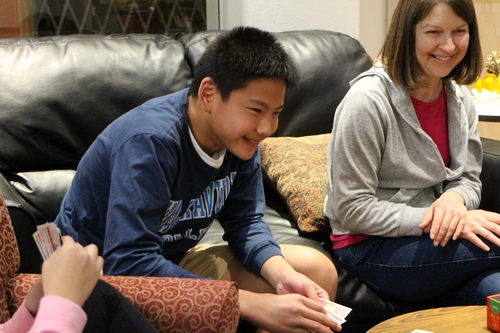 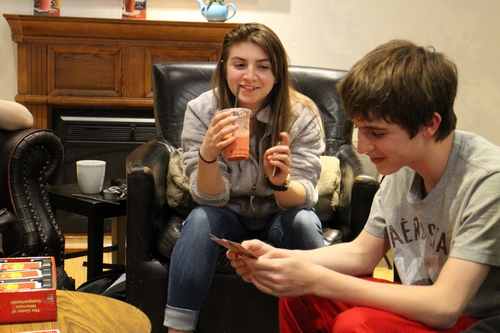 I talked to Pooh and Muk about American Education and school.
They seem interested about it. They asked me about how it work to study here full time.
They asked about university in America. They told me that Win wants to study here.

I told them that if you want to study here, you have to think about it like you’re a real student, not just a shadow.
It doesn’t matter if they don’t understand the class now because they’re here just for experience but if they do want to come here full time, they MUST understand what’s going in in the class and they MUST try really really hard to understand it.
So if you think you are ready to put a lot of work on it and ready to try really really hard, I would say that you’re ready.
Once you decided to come, you can’t turn back. It becomes your future and you have to make it work.