Today we visited a couple places.

First we had to move the tables, the grill, tents from the back seat of our car. We can’t drive around with those in there. George mostly moved everything by himself.
There’s somebody move into the next room of our apartment. So excited. Hahaha

We went to Jackson elementary school. Pooh was studying about science. He didn’t sit with Jacob. I think he knows all the friends already. It doesn’t matter who he is with. 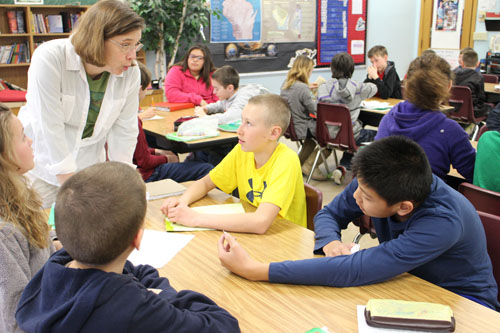 Pooh was very participate in the class. He answers questions and discuss with friends about the questions. Basically, he was just another student in the school. The principle told us that he can run really fast and he is athlete.The other day I heard from the kids that Time was famous in the school now because he run faster than the student who ran fastest of his school. I guess the students who come from Pooh’s school in Thailand, they all run fast.

After visiting Pooh, we went to Fah’s school. She was studying Math. Fah was in expert in the class. She checked all her friends work if they did it correctly. Her teacher said Fah tried some of the exam too. In Math class, Fah helps Josie and in Science, Josie helps explain Fah. The teacher said they’re cute together. 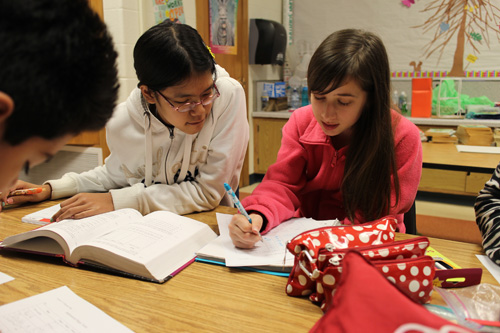 Fah was quite surprised when she saw us. She asked me why didn’t I told her before I came. I didn’t recognized. I’ve never done that. We don’t tell the kids before we visit. We have freedom. Hahaha Fah had lunch break at 12 o’clock. We followed her to the canteen. There’re a lot of kids. Fah and Josie brought lunch from home. They’re eating together. Since there were many students at the canteen, Fah and Josie became a little bit shy. We didn’t want to bother them so we took one good picture and then we leaved. Today was rainy and foggy day. It’s not a good day to get in and get out the car a lot at all. I felt so lazy. I didn’t want to get wet. It’s been raining for a couple day already. 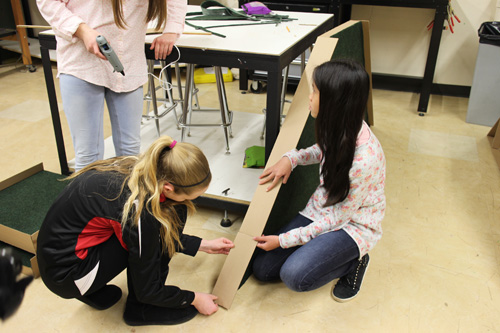 We went to Pang’s school after that. One of her friend came get us from the office and took us to the class. Her class was so far and the way was like a maze. I didn’t think we could find her class by ourselves.

Pang’s class was really cool. They’re making indoor golf course.
It might seem like just another fun activity but there were a lot of thought behind the project. That’s what I like about American school system. 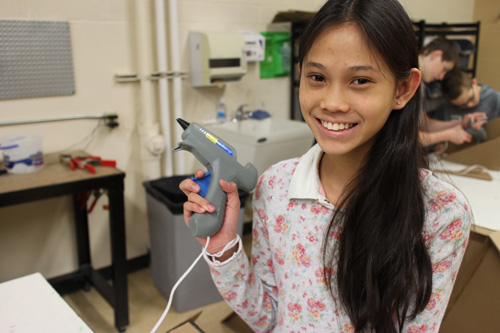 In order to design the golf course, you need to use a lot of skill such as Math, critical thinking, science. It’s like you use all the skill you’ve learn to do something. To apply in you real life situation and understand how to use it in real life.

Which is really different from Thai education that you would only memorize Math and Science formula to take a test and that’s it.
And then the kids don’t understand why they memorize that formula. 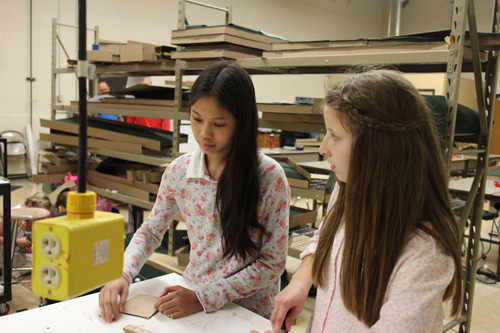 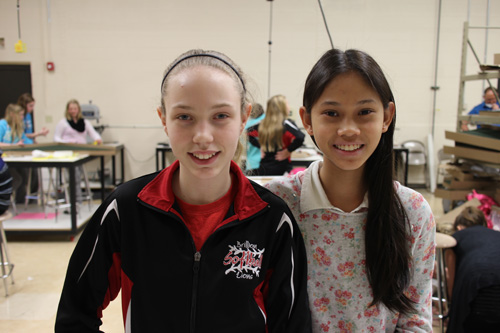 After that, we were going to visit Pear at her school. We called her host mom and we found that today their school finished early. So we decided to visited her at the house.

We went there right away. Her host parent weren’t at the house and we couldn’t wait until they came back because they told us they would need to leave right away for the play practice and football practice.
Sydney and Pear were at home. When we got there, they’re giggling and laugh like they had secrets. Pear told me that they freaked out that George and I came without a day warning. Both Sydney and her brother and Pear rushing around to clean up the house and the bedroom. Hahaha. 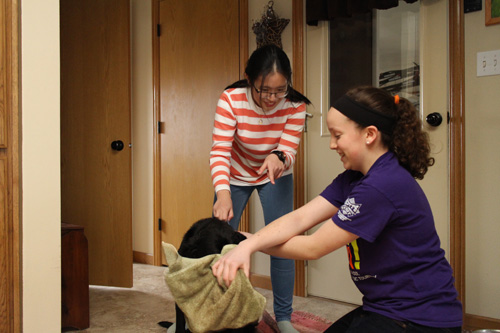 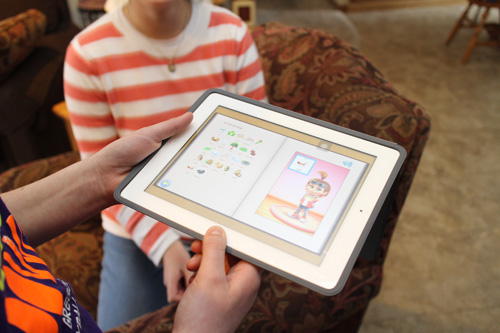 Sydney can speak a lot of Thai words. She showed us the App on iPad that she studied from. And of course, Pear taught her a lot too.
Pear actually taught her teacher some words and the teacher made the class speak together.
Pear’s favorite teacher is Spanish class teacher. 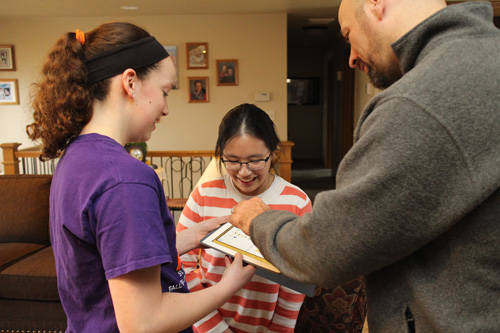 It was funny because Sydney can speak the sentence ” Please touch the picture and say it”
The App said that. Hahaha 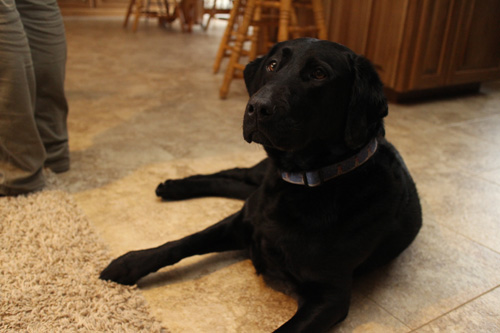 We like their dog. She is so similar to our dog. Both look and personality. 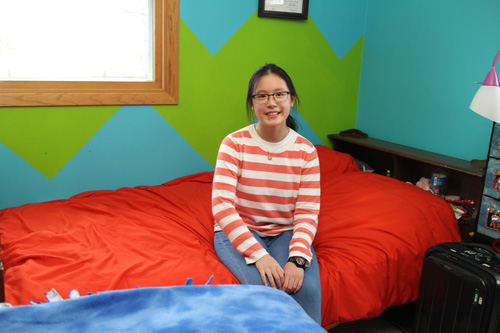 Pear in her neat bedroom. I think all the mess was under the blanket. 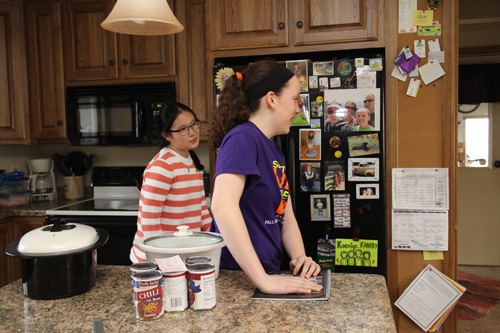 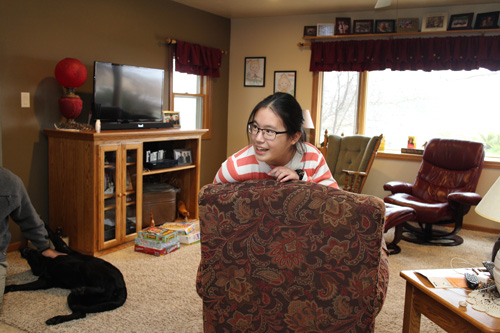 Pear and Sydney seem to get together every well. They have their own joke and they’re really happy joking around about each other.

We left  their house after a while. We went to Mc.Donald to wait for visit Pang’s house at 6.30 pm.
So I worked on my blog and website, this and that. You won’t believe how much time it takes to update a blog. Hmmmmmmm
Since I don’t have fast internet at home, I can’t really do anything else beside the blog at all. Poor Patty. 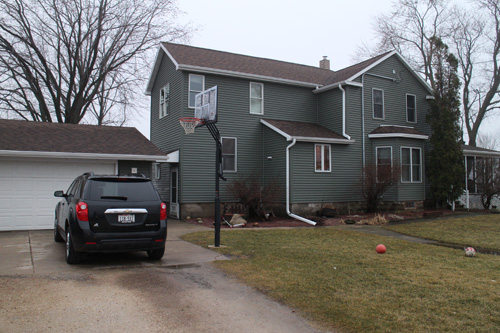 Pang was home with her host parent and host brothers. Clara wasn’t home. She went to practice something.
We met the dog. I understand why Pang felt overwhelming when she first moved in.
The dog was big and active. She is friendly if you know dogs. George and I have a similar dog names Seven. He is super active and excited all the time too but he’s smaller. 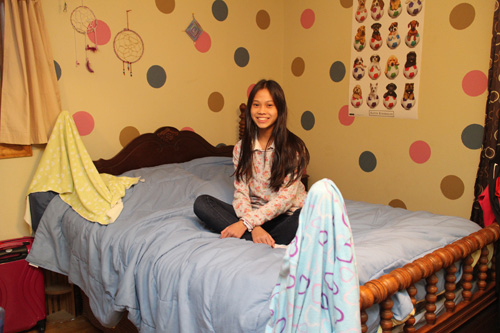 Pang and her bedroom 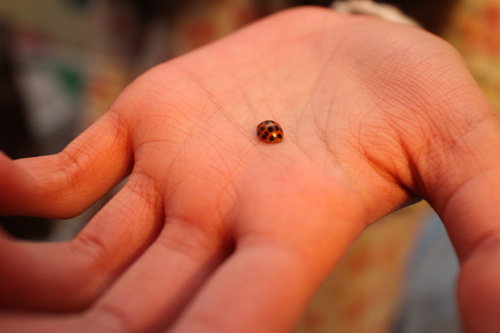 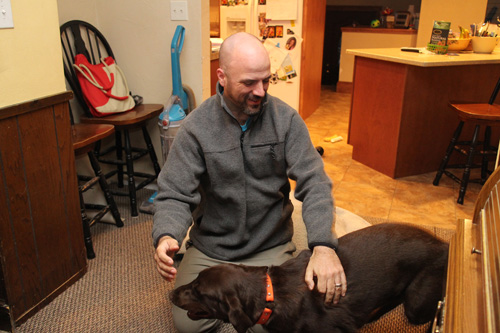 Pang’s host parent like to joke around with her. I think they’re funny and they are  really kind to Pang.
They seem to like Pang very much. 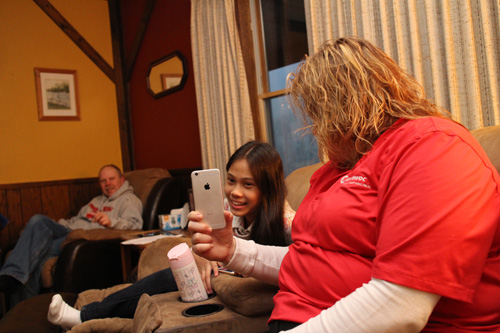 Her host mom has a lot of Pang’s photo in her phone. 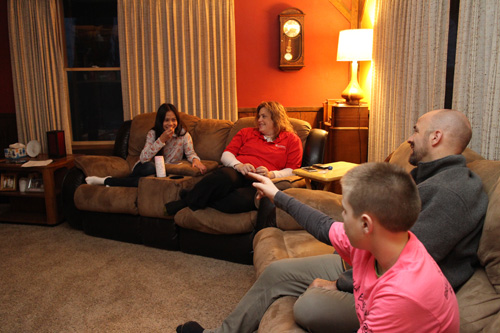 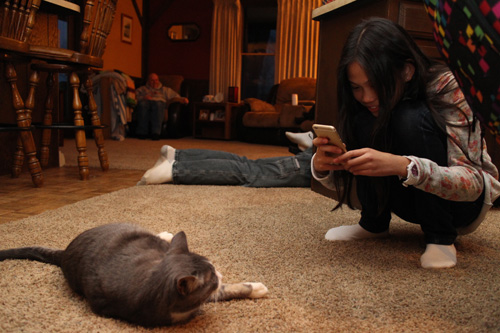 Around 7:30 pm. We leaved their house because the weather was really bad.
It rain so hard and they said there might be a storm or tornado.

It’s raining all the way back to Manitowoc which is quite far. I think it’s 50 km.
George and I were really hungry. We had too much fat food already today so we decided that we will eat at home.
We stopped at Walmart to buy some food to cook and more fruits.

Our dinner today was Spicy can fish, fried asparagus and Brussels spout (left over from yesterday) and fried eggs.
It was good. I was full. And today we bought can opener so I can eat Rambutan in syrup for sweet. Yummmm.