Last night I slept at 2 am. and this morning the boys woke up at 4 am. in the morning! Whattt!!??
It might seem like  nothing but it’s not because I have to wake up too!
Since they make a lot of noise, the girls started to wake up too.
Nemo, Bam, Mind, Preawa and Muk started to talk talk talk.
Specially Nemo, she talked loudly and a lot. Eventually, I have to say something.
I told them to go talk outside because other people still sleeping! But after that I can’t really sleep anyway.
So today I got only 2 hours sleep.

The kids didn’t take a shower in the morning. We change our clothes and went outside to walk around.
The weather was colder today. They went to the park and walked around in the area.
It was so funny, the boys abuse George by spinning his flower toy around until he fell down.
When I walked to see George, all the kids who saw me keep telling me that T.George became Tangmo Pun(Smoothy watermelon).
Pokpong took some pictures as a prove. 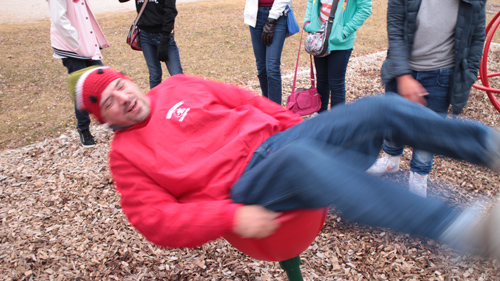 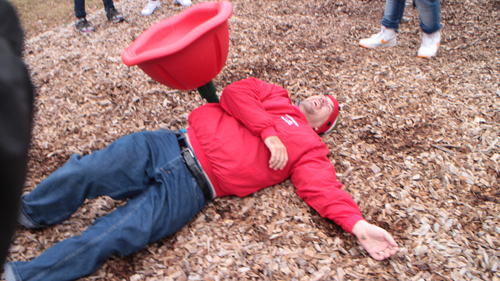 (They form a gang; Preawa, Mind, Bam and Nemo)

After we went outside, we came back and made some hot cocoa.
Mind and Bam help pouring it in the cup. Toto commented that they didn’t stir it good enough hahaha. So next time it’ll be Toto’s turn. 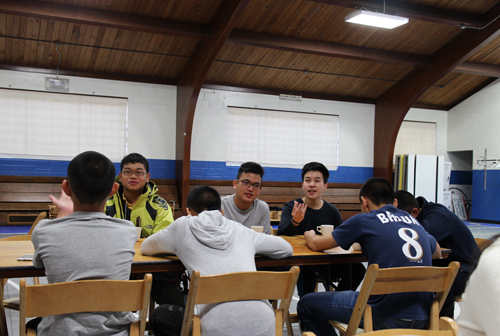 At 9 am. Dori’s mom arrived and ready to drive us around. We took 2 vans to move all the kids.
We went to Henning Cheese factory together. We look how they make cheese and tried some of their cheese.
I love cheese curd. You can’t find it in Thailand and it’s only tasty when it’s fresh.
The kids had fun trying many cheese. 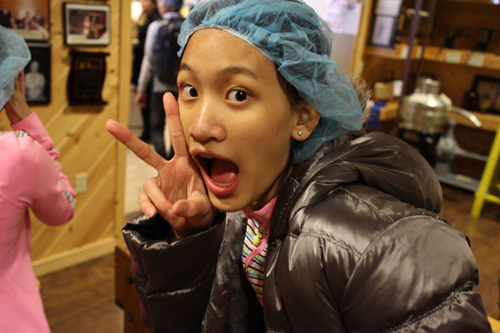 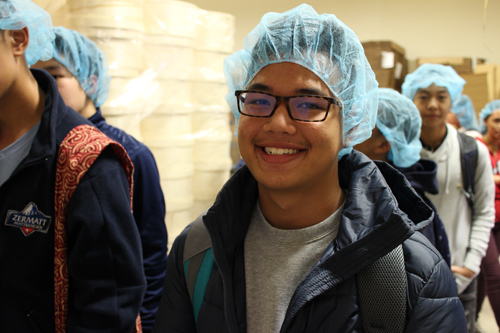 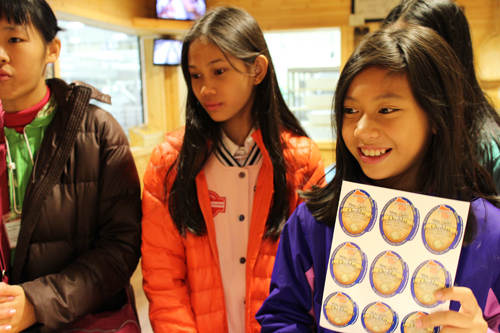 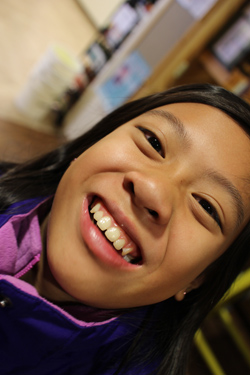 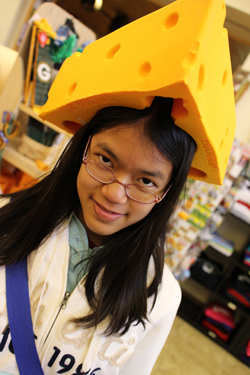 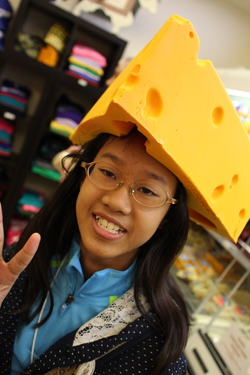 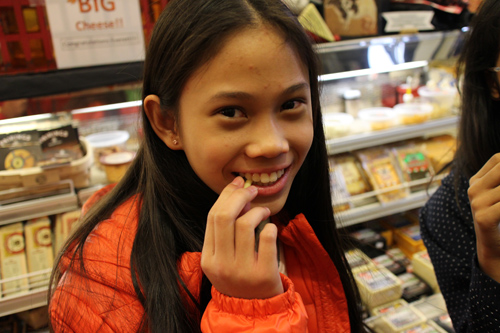 We bought some cheese to snack on and also cream soda yayyy I like it.
After that we still have sometime left before going to the goat farm so we stopped at the lake to take some photo.
As away, the lake is really really windy and cold. There’s snow and ice left.
We took some photos. 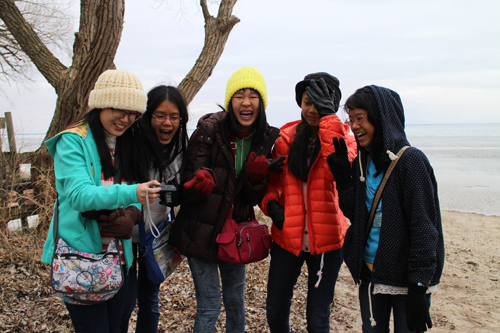 (This is another gang; Pear, Fah, In, Pang and Lily) 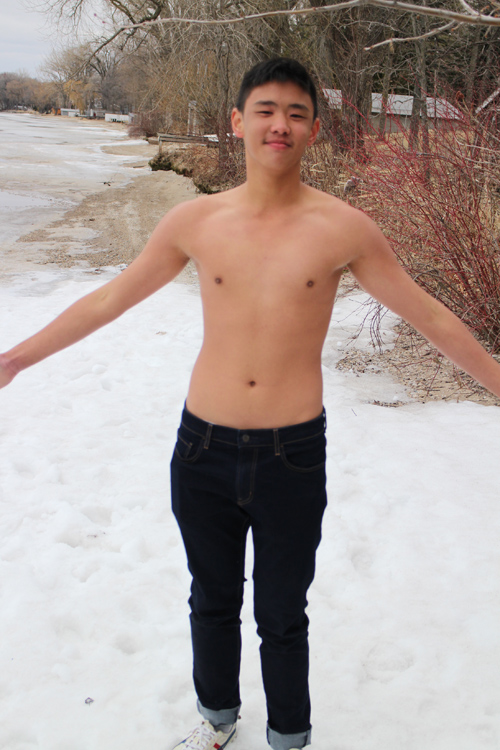 Win wants a naked photo. Like I said, It wasn’t cold. The kids can handle it. 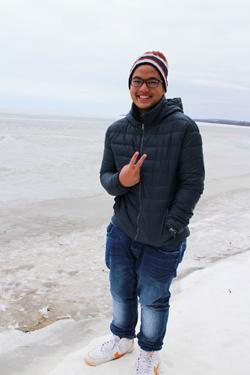 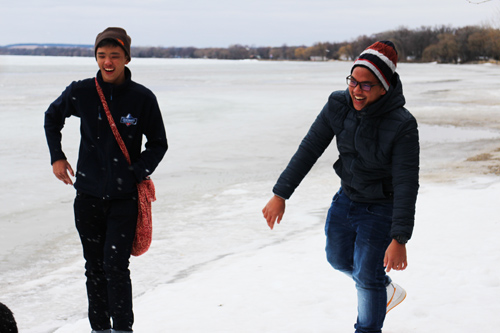 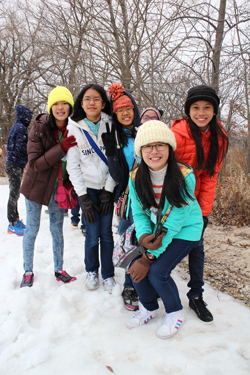 We only spent 15 minutes at the lake (feel like forever).
After that, we went to the goat farm. They also run a restaurant. We ate lunch there.
I ate pull pork burger. I think it’s a little bit too wet. 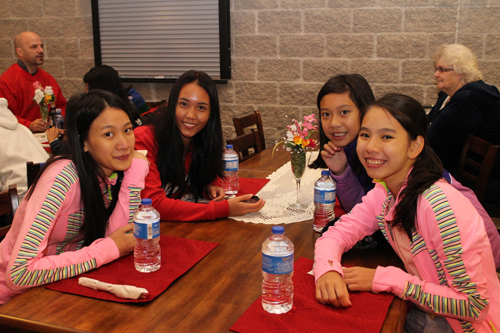 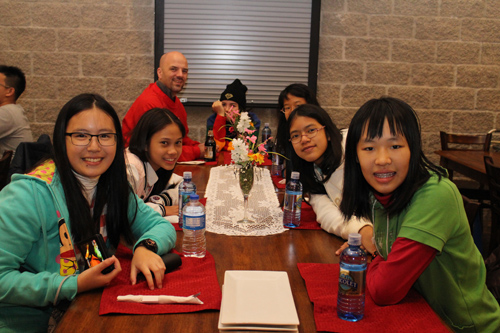 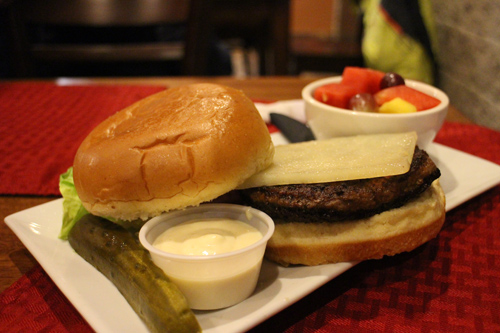 Burger was really big. Pang tried to show how big her pull pork is. 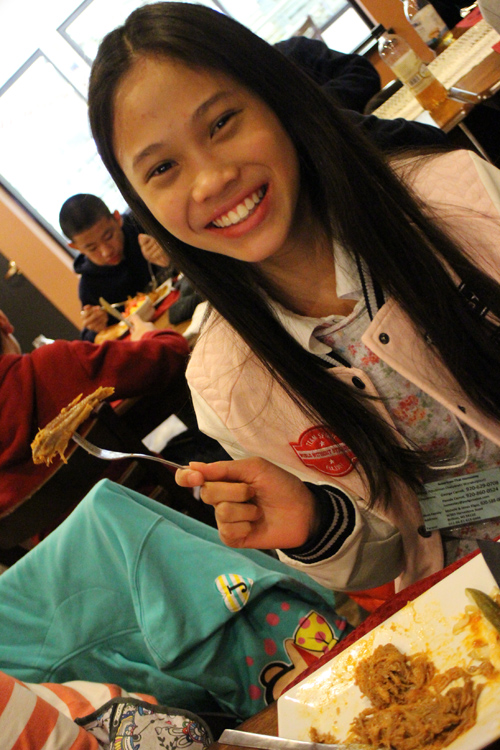 We finished eating around 12:30 pm. Then we tour around the goat farm.
This is the first year we came here. The farm that we usually go to, they’re not available this year.
We get to play with baby goat a little bit.
Seem like baby goats love Lily. They like to stay with Lily a lot. 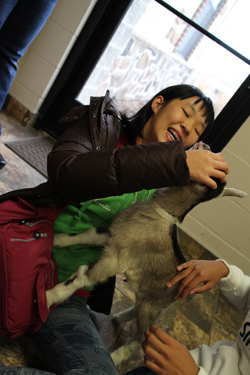 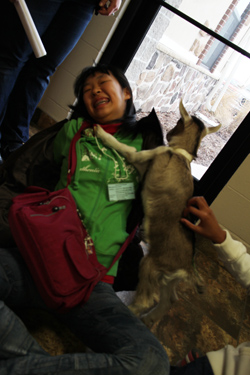 The baby goats don’t like the boys. I think because they’re so loud! They sound like they’re going to kill baby goat. 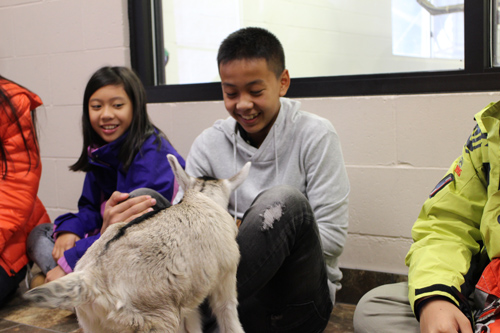 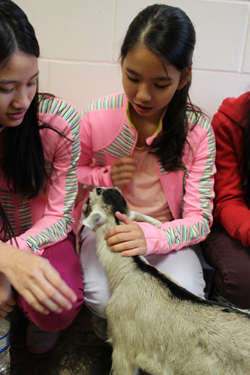 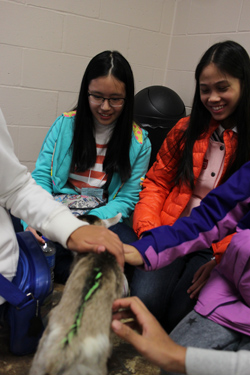 We’re now at the end of our day. We were going to the library but sadly it’s closed today.So we end up at the coffee shop, updating our blog.

We had a talk with the kids about all the thing today.
Sometime something doesn’t go as we plan. Today George told them to bring a jacket and a hat, wear warm cloth but most of them still didn’t believe it.
The weather got cold today and our plan to stay at the library didn’t work. So… if we couldn’t find a cafe’, they’d have to stay outside or maybe take a long walk to the other place. And they’ll be too cold.
Also we found that halt of them didn’t bring their contact card name tag which is not good for many reason.
1. We don’t want the kids to get lost and can’t find the way to contact us.
2. We don’t want a younger kids to follow a bad example and then can’t survive like the older kids.

We’re going to get ice-cream today but since the plan has change and the kids didn’t wear a proper cloth. We changed our plan. We’re going to eat dinner near Walmart and shopping at Walmart instead.

Tomorrow is going to be a cold day, colder than today. We hope our talk today will make them believe us.