Today we had a game night at Bad Panda Game shop in town.
George likes this game shop because he likes to play cards and his cards are actually quite expensive. He keeps telling me that it is an investment. He can sell it later but the true is he never does sell it ever. So I don’t see how we can make money from it.

We’re at the shop at 5 pm. We brought some snacks and prepare game for the kids on every tables.

Bam, Mind and Muk were the first group of kids who arrived.
Their host family drop them off with us. They start with Monopoly game. After they played for 2 minutes, they’re hungry. – -” 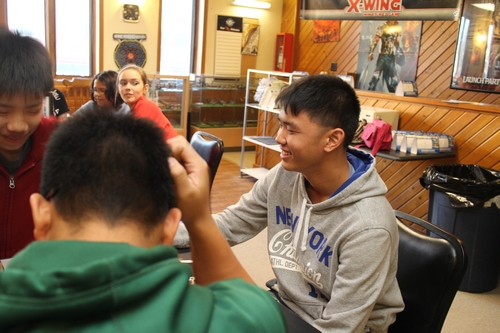 Win arrived the second. Win was hungry too so the girls told him to ask George if they can go get ice cream at the ice cream shop next door.
George allowed them to go for 15 minutes..

Plakaow and Junior arrived about the same time with Win. But they didn’t go get ice cream. 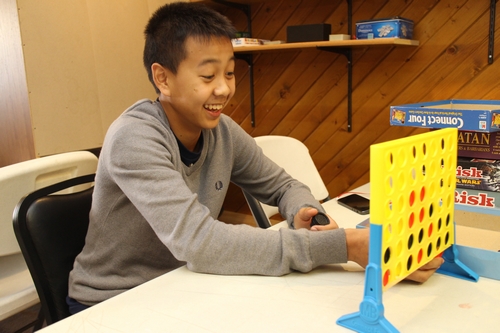 Peem was the next who arrived. He came with his host mom. She dropped him off with us too. 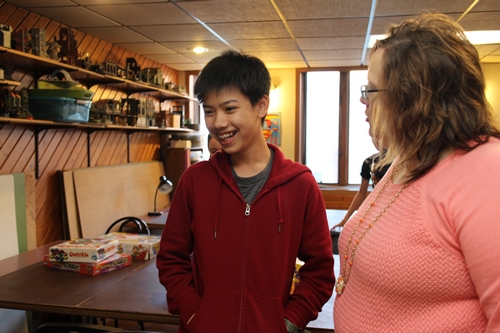 Lilly was next. She came with her host family. They all stayed to play game with her. 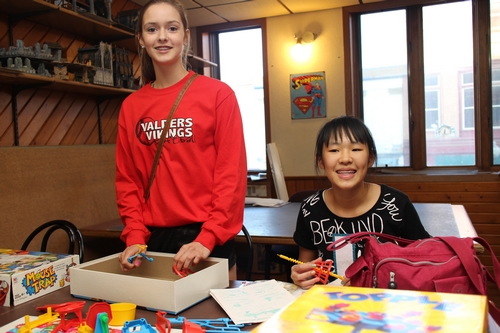 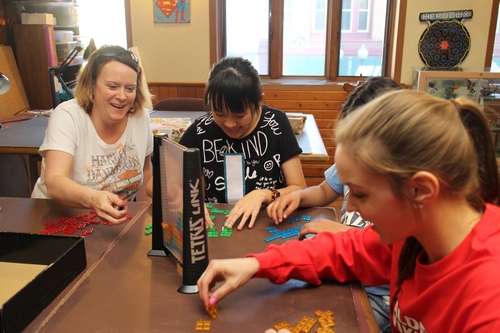 Nemo also came with her host family. They played game too. 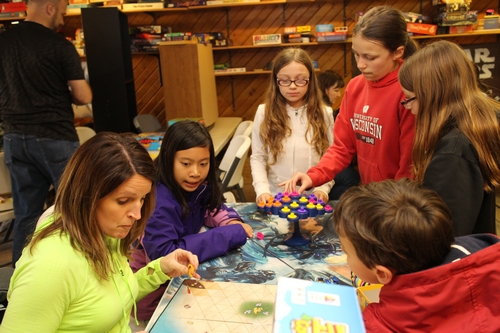 Time came with his host mom. 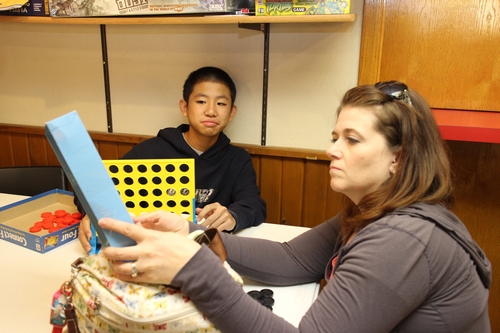 We had a lot of kids show up today. 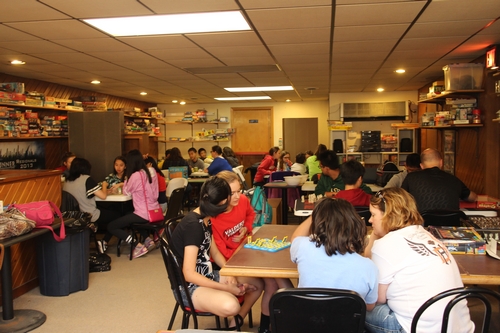 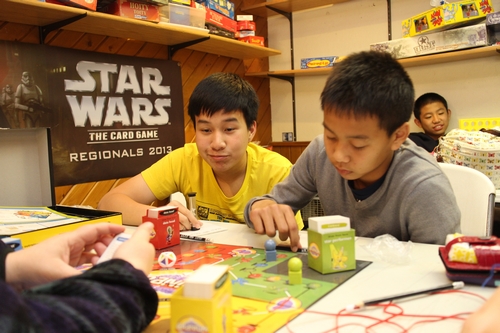 George played game with Win and George won him easily. George was so proud. HAhahaha 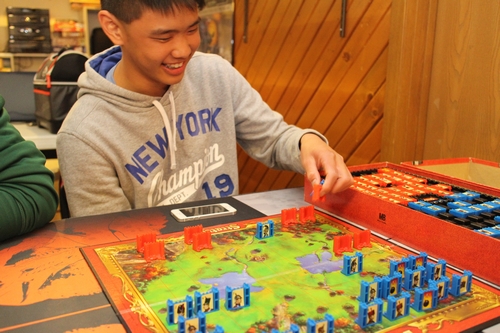 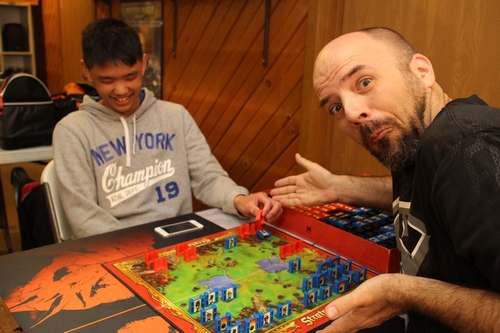 After Peen saw George won, he wanted to try play chase with George too.
And George won him in 3 seconds. He was really surprise. He couldn’t believe his eyes. It was just 3-4 turn. He didn’t get to do anything yet. Hahaha

Pokpong learned how to paint miniature figurines.
The guy offer to teach. Lily and her host sister were interested about it too. 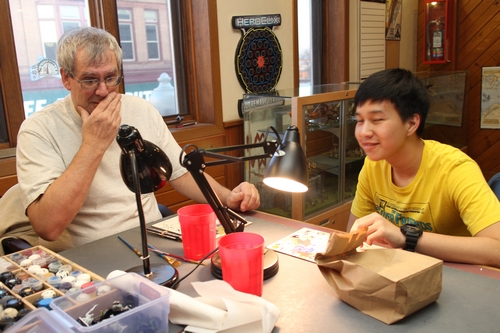 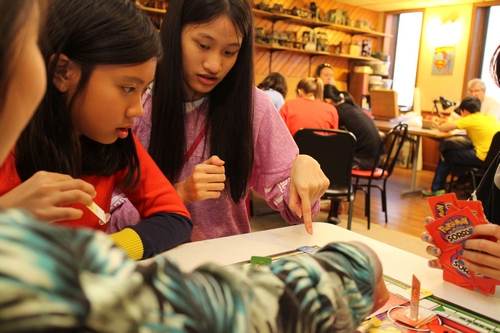 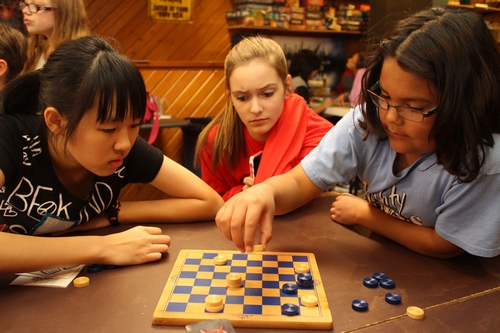 Pang was the last student who came today. She came with host mom and host brother. She played game with them. 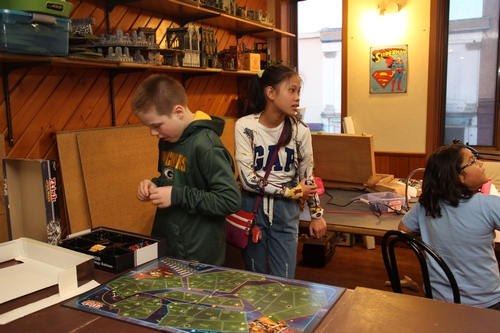 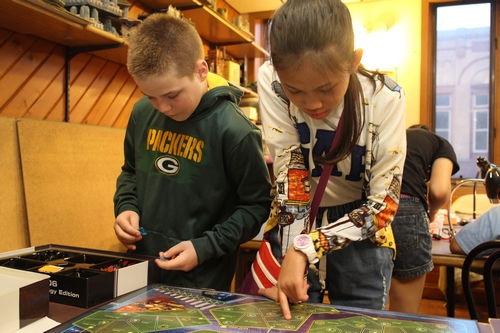 Around 7:45 pm. Bam, Mind, Muk and Nemo went home.
Plakaow, Time, Pokpong, Pang and her host brother, George and I played a spy game together.
It’s funny. We laugh a lot.