Today was the first day without kids. We still woke up early at 7 am.
I think George is still jet-lag. He slept so early.
Last night and another two nights from now we’re staying at Best Western Hotel in Manitowoc. I didn’t take picture because our room was messy.
We ate breakfast at the hotel. It was an easy breakfast. I like the waffle maker.
I ate a lot, I think. I probably ate more than George. He claimed that he’s on diet now.

After breakfast, we went out to return the van and got another car for visiting schools and host family’s houses. We got a really nice car. The price for car rental wasn’t so much but the insurance,,,, ohhh man it’s a lot. It’s almost 1200 USD. We’d drive without insurance but we didn’t want to. It’s better to be save anyway.

We also stopped by at the apartment to sign the rental contract. We’re moving in this April 1.

George stopped at Good Will.  He was so kind to me today.
Good Will is  a second hand shop that I like. Hahaha I just like cheap stuff. It’s cheap but sometime I still choose the one that on sale. Hahaha I didn’t get anything this time. I couldn’t find the best 4 dollars shirt.

After that we ate lunch at our favorite place Qdoba. It’s a Mexican food. George and I love it SO MUCH. I got the kids menu because the normal one was too big. 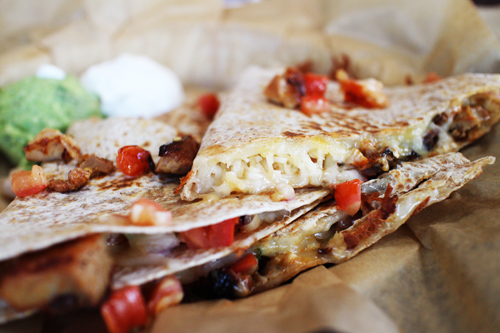 This is quesadilla for George. You can choose what you want to put in there. 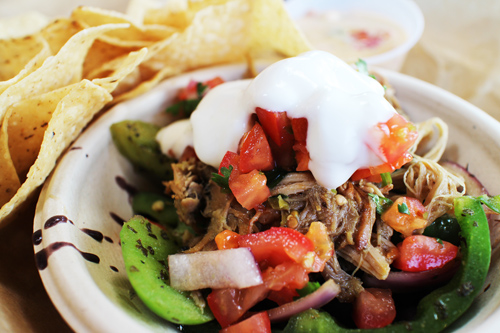 This is my naked burrito (I just remembered the name) but today they called bowl burrito. It was really fresh and yummy.

We went to the library after that. We watch Walking Dead season 5, last episode. Oh boy, it’s so excited and I felt like I want to watched the next episode right now but the true is we have to wait another 6 months for that.

We activated the new sim card that we bought for unlimited internet. It works!
Now,George has internet on his phone 24 hours a day. I don’t… George didn’t buy it for me. So sadddd…. the saddest day ever.

I worked on our website for a little bit before George asked me to leave.
We went to the game shop near by. We’re going to ask them if they want a group of kids to come in and play but they’re closed on Monday. We went to eat dinner at the ice-cream shop next door. It’s a famous chocolate and ice-cream shop in Manitowoc, called Beernsten’s. 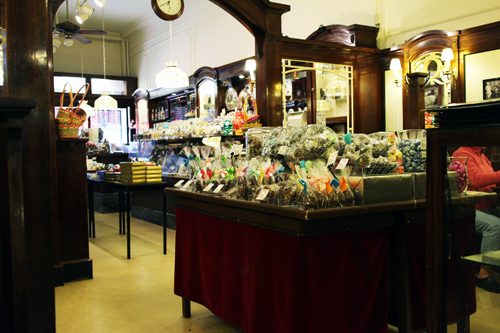 They have some easy food like soup and sandwich. I ordered the one that get half soup and half sandwich. I like it because I can eat varieties of food. I choose chili soup and ham sandwich. I couldn’t finished the sandwich. George ate my leftover. His dish was Brat plate.

We had ice-cream after dinner. It’s vanilla and strawberry with marshmallow and nut topping. Yummmmm. 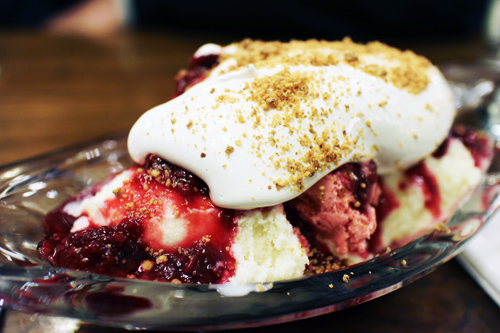 We’re back at the hotel around 7 pm. and went down to the pool to swim.
The water was warm. We played with our Gopro camera for while and went back to the room.
George passed out. We’re going to buy something at Walmart but I think our plan has changed.

Tonight, George will send out the emails to host family that we want to visit this week to find out their available days this week. Then our working day will begin again. 🙂

So far, we haven’t get any major problem phone calls yet.
In forgot where she kept the money and she thought she lose it. We contacted her mom and found out that she put it in the difference place.
Pang doesn’t used to with pets. We suggest what she can do to fix the problem and give it a try.
Two news from 19 kids, that’s not bad.

I sometimes want to chat with them but I have to force myself not to do it too much. I don’t want them to keep chatting with me. Some kids told me that they’re bored. I told them that bored is the best motivation. You use it to figure something fun to do and keep chatting with me is not going to change anything. So go out there and find things to do, be create and try! I hope they follow my instruction.

It’s normal that they felt bored. They used to stay together, 19 teens! That can’t be less fun than anythinh.
You just can’t compare.

I think after this week, they will adjust to the routine and expectation. Then they will be fine.
And when they start to try to have fun by themselves, not just waiting around for somebody to make them fun. Then they’ll have fun.