Today I woke up quite late because I wanted to sleep as much as I could before this long weekends. Tomorrow I’ll have to wake up quite early because we have beach cleaning activity in the morning at Warm Waters Beach. Then we’ll go canoeing in Collins Marsh. It’ll be a long day but I’m sure we’ll have fun.

Let’s come back to today. We went to visit Green at the Hamachek at 6:30 in the evening. This is our second visit. The first time we were there Abbey wasn’t home so we went back there again today to see how well Green is doing with her host sibling. Green is much happier than she was in our first visit, maybe because she’s already fit into the family. Green had a lot to tell, as you can see in her blogs. She has been to so many places with her family and seems like they are all having good time. 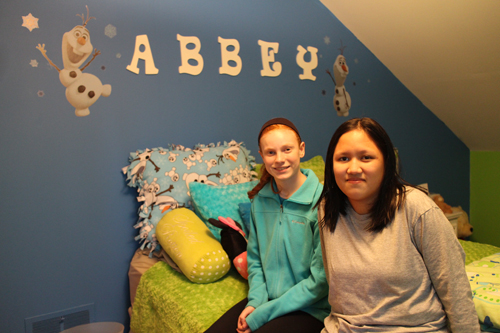 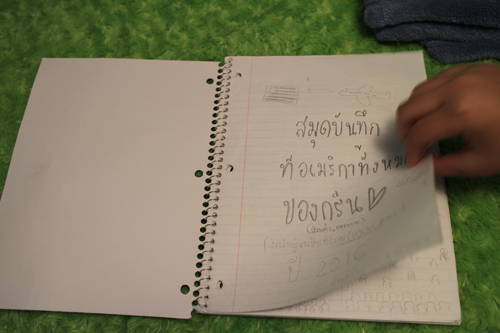 Tonight Abbey’s friend, Lauren, from basketball team came to a sleepover at their house. She came when we were still there so we followed them down to basement where they played foosball. First we were just observing and taking pictures and videos, but since there were only 3 of them, it wasn’t a fair game so George helped Lauren. I couldn’t remember who won the first game, but the second game I played with Lauren against Abbey and Green. Who won?? Not me, hahahaha. 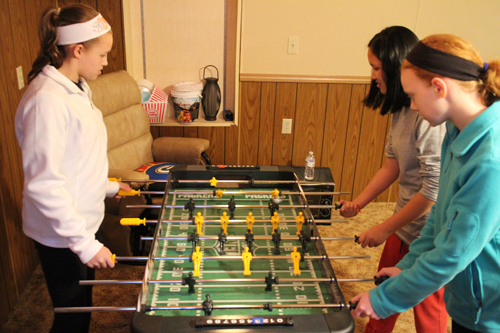 After that second game, we excused ourselves and let them have their time. I thought we were heading back to Two Rivers, but I wasn’t surprised when George pulled the car over in front of Bad Panda. They have a tournament on Friday and this is the last Friday that we can come here, so no doubt George wants to spend time here.

I didn’t call for a rescue because it is quite late now. I don’t want to bother my rescuer so much 😛

We are heading out now. Bye