Today George has a meeting at St.Norbert at 10 a.m., so it was a good opportunity to visit August.

We left Two Rivers around 9:30 a.m. and arrived in Greenbay in less than an hour. George hurried to his appointment and had me waited at the lobby.
After he was done with his meeting, he introduced Christina to me. She is in charge of ESL (English as Second Language) program. We chitchatted a bit before she excused herself. George and I then went to the canteen for our lunch. They serve several food as buffet, so students could choose what they want and eat as much as they like. The foods are very yummy and there are choices of healthy food. They also have desserts and ice-cream. I wished this canteen were near Two Rivers; I could go there everyday. 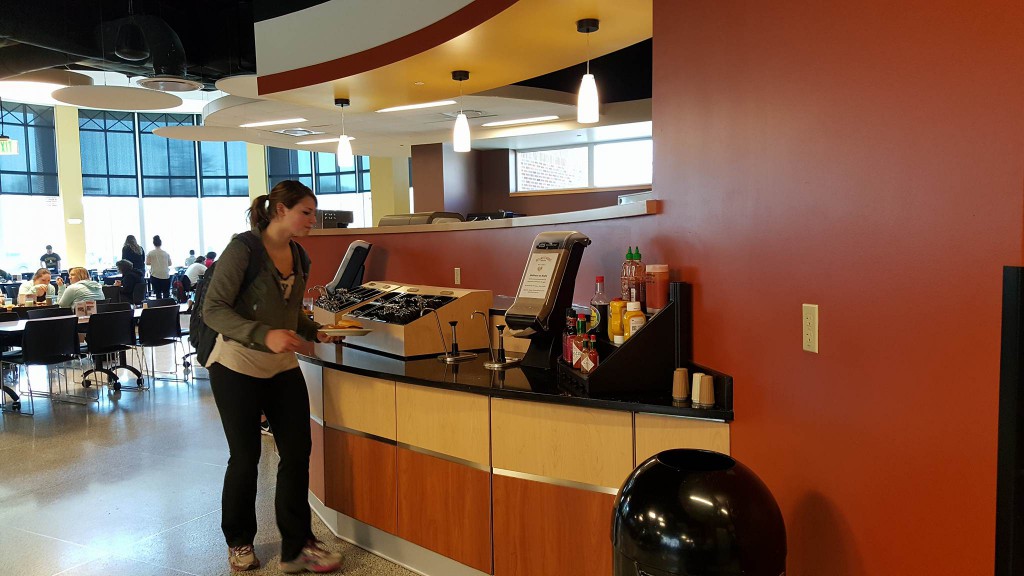 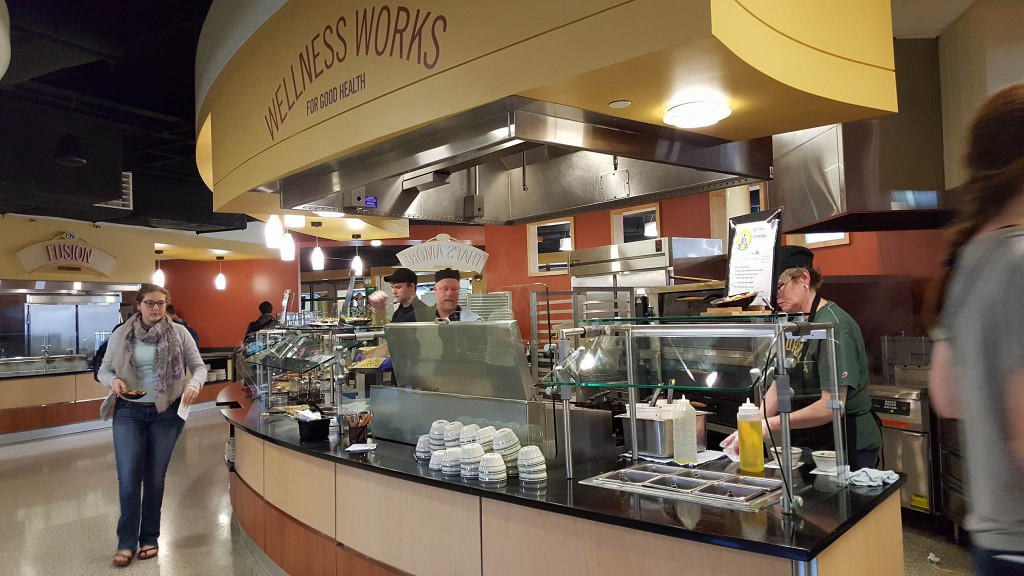 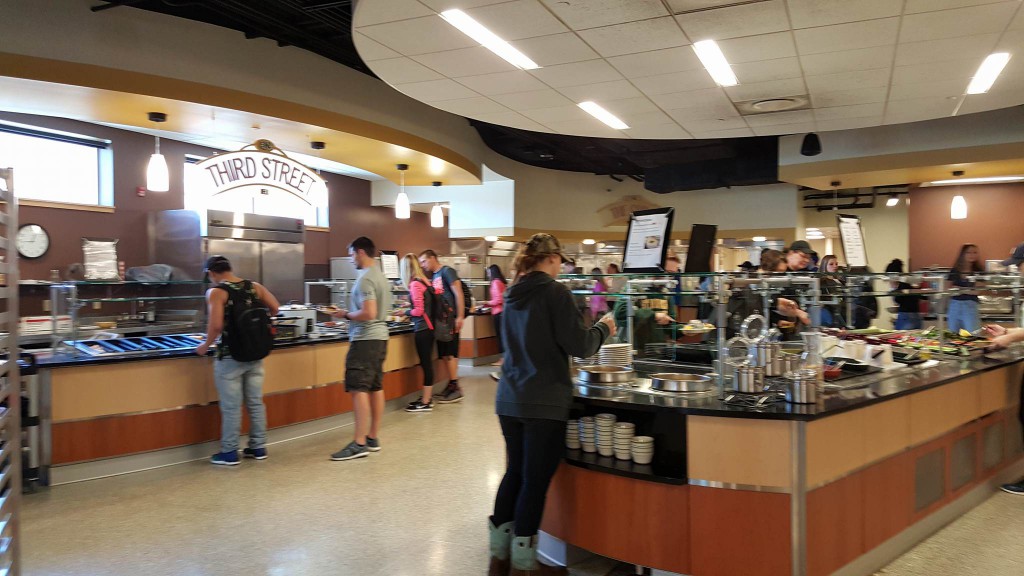 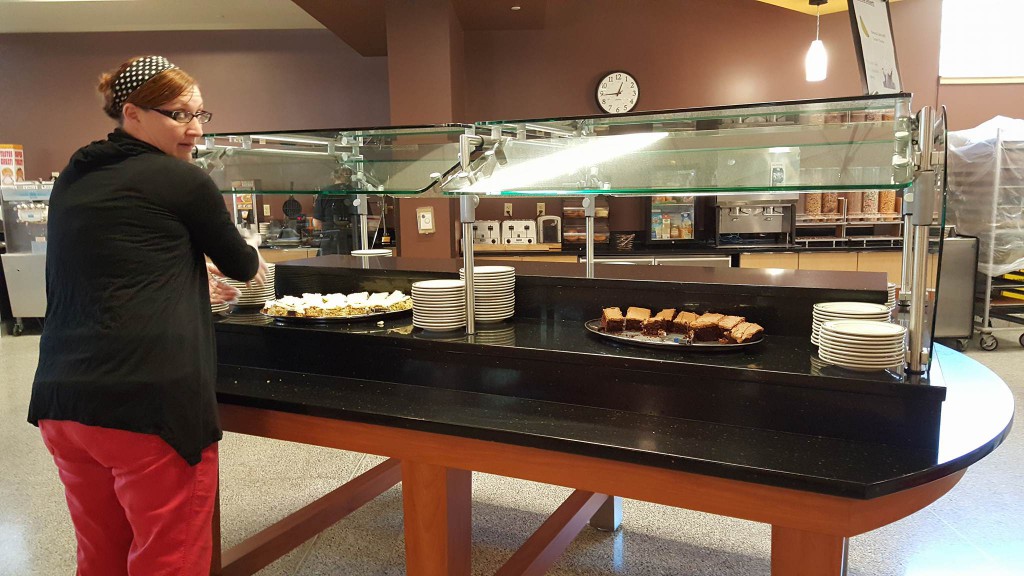 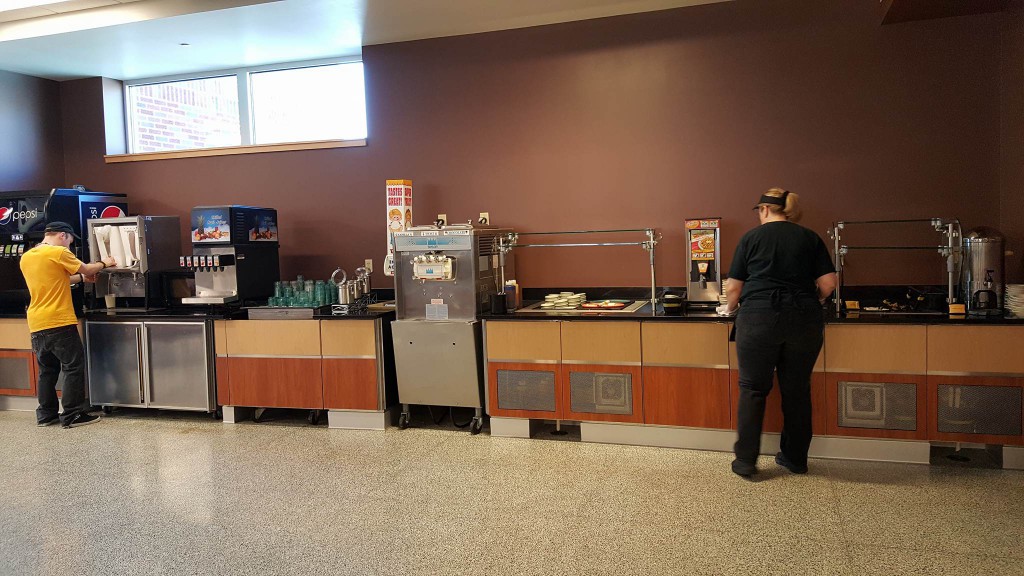 We met August, too. Seemed like he had a lot of friends now. I asked him how things were going and he said he was doing good. He would join us in Chicago, too. 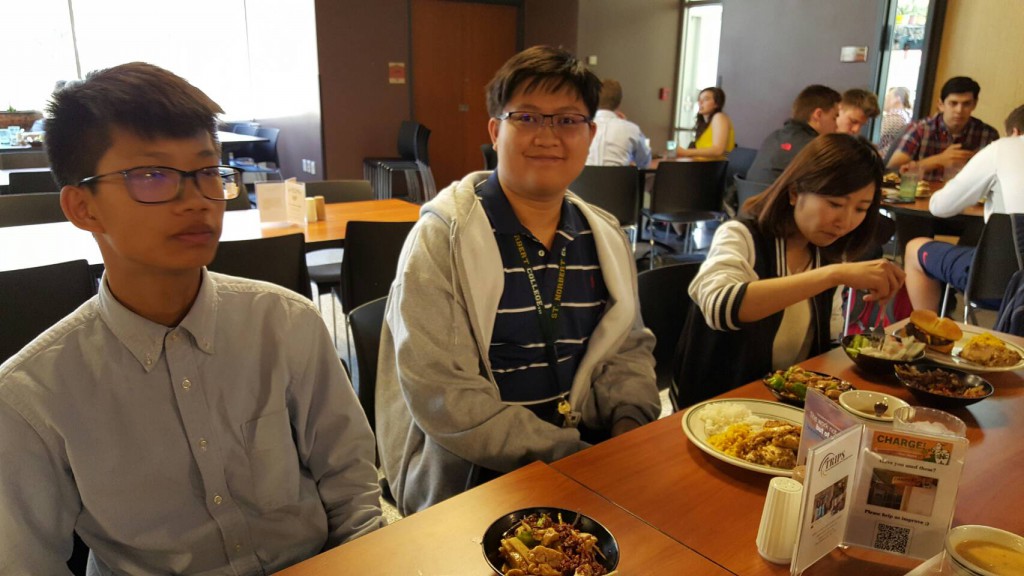 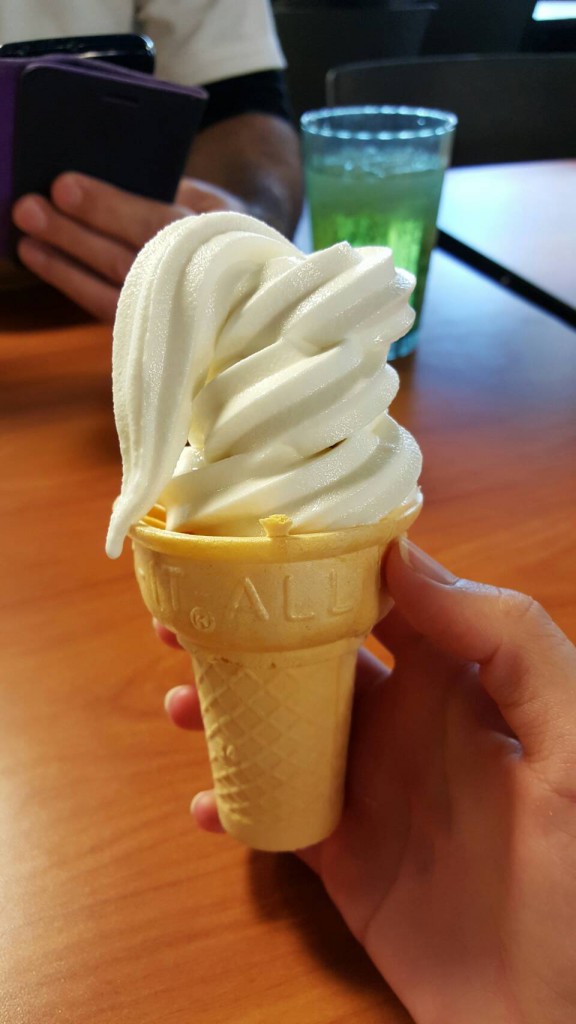 On our way back to Two Rivers, George tried new routes and we stumbled upon a garage sale. George pulled off the road and we went shopping there. I got an Under Armour sweatshirt for $20. I only got another sweatshirt and a T-shirt for my brother, whereas George got many clothes for Pat and himself. We also stopped at another garage sale near the house in Two Rivers. I didn’t get anything from there even though I like their bikes a lot, but George managed to get some more clothes for Nissa.

I spend the rest of the day at the house, while George.. you know where he is, don’t you?