Another long day. We left the house in Two Rivers around noon and headed to Reedsville High School, where Bangpan and Meggie, her host sibling, go to. It was easy to find her because of her clutches. And since I got my cane, we were perfect match, lol.

We found Bangpan and Meggie at their lockers. Normally, Meggie will spend her after noon at the middle school observing classes, and Bangpan will stay at the high school studying her subjects. But today was different. Bangpan tagged along to the middle school, so we followed them there. The class that Meggie went into today is 4K (or K4?, I couldn’t remember). We didn’t go into the classroom right away. In fact, we were surveying around. So Meggie and Bangpan went in, Meggie introduced Bangpan to the teacher, and Bangpan told her that a teacher from Thailand was visiting. Surprisingly, once George stepped into the class, the teacher recognized him and asked if he was George Carroll. Guess what! She’s his friend from HIGH SCHOOL! That must be soooooo long ago, and she could still remember him! What a small world.

Not so long after that, the kids came to the class and we got another surprise. It’s George’s friend’s birthday!! So the kids all sang Happy Birthday for her and they got donuts for special treats. Bangpan got to sit and talk with them, too. She seemed like one of them, huh? 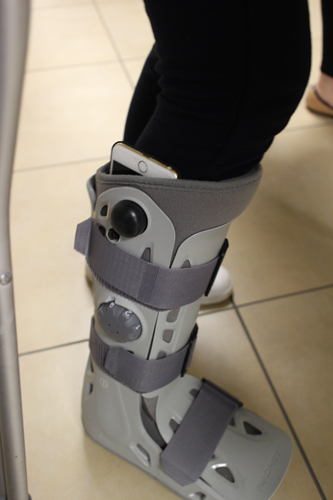 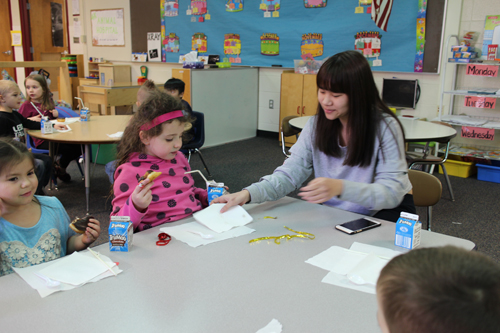 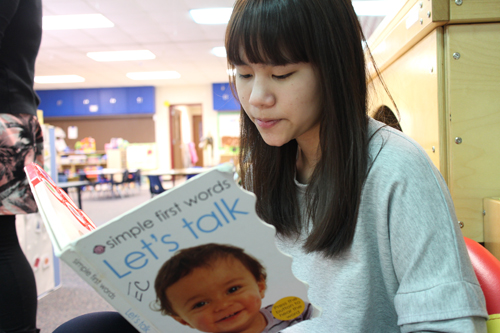 We didn’t stay long because we had a few more places to go. We went to Brillion High School to visit Oui. We got there a couple of minutes before 2 p.m. when they had tornado drill, a practice on what to when tornados occur. The principal “rescued” and brought him to the office. So after the drill is over, Oui led us to his class. He said all the classes were easy because he already studied from Thai school, except English, lol. Well, of course, they are here to improve their English skills.

We talked with Oui a bit then we left him and went to visit Amy at Brillion Middle School. Amy was in her computer class with her host sister. They were working on their website project, while some of the students chose to create animation videos instead. It was obvious that the class was a lot of fun as there were loud laughters time after time. We talked to Amy for a while then we left. 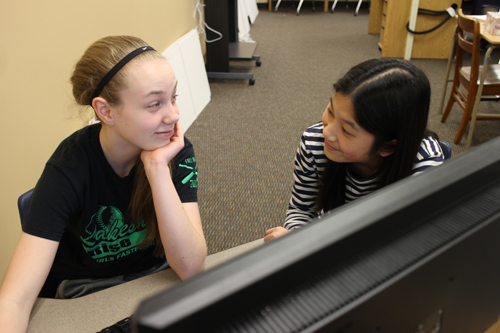 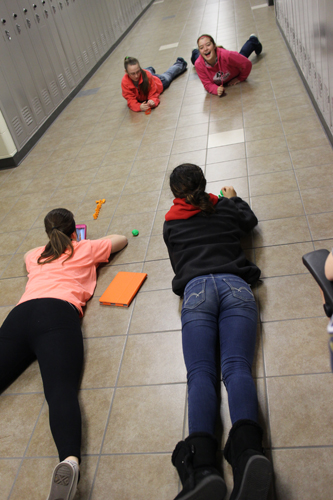 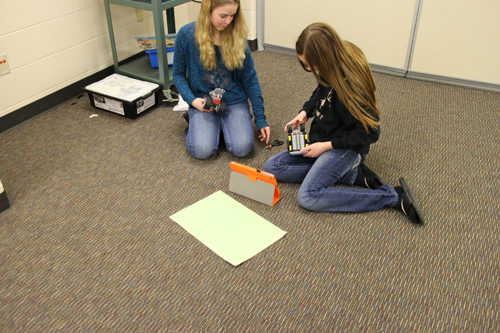 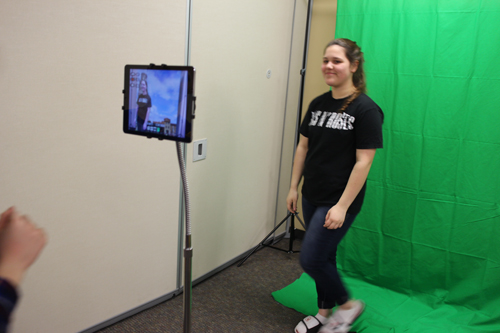 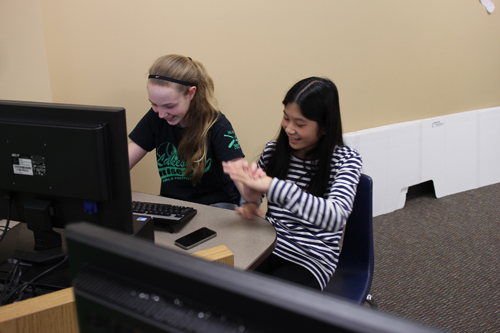 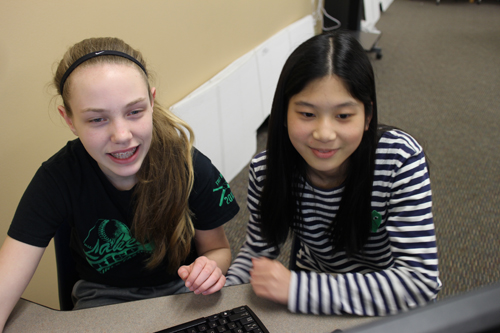 We went back to see Oui again, but this time it was at the Popp house. Seemed like Oui was doing well. He took me for a tour around the house, then we sat and talked with his host parents. They seemed like a cheerful family to me. They also gave me an ice-cream bar, yummmm. Oui’s host parents also take care of their granddaughter and Oui seemed to be a good helper, didn’t he? 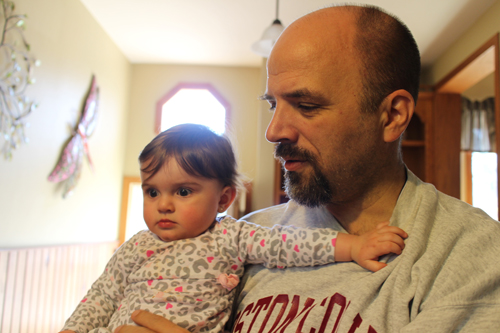 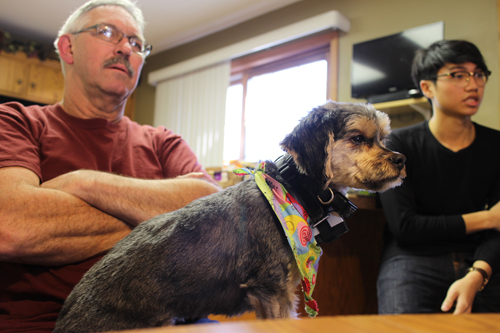 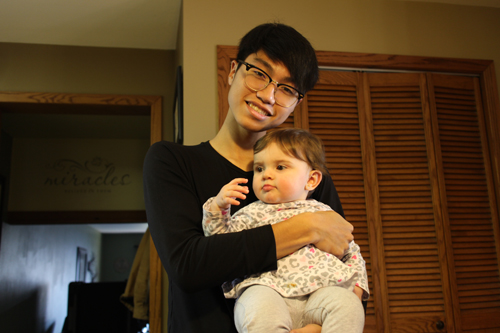 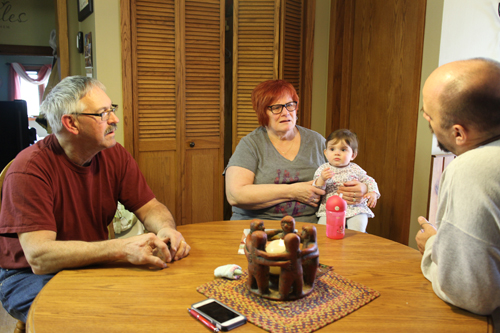 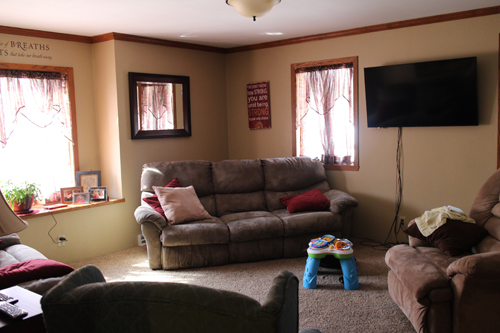 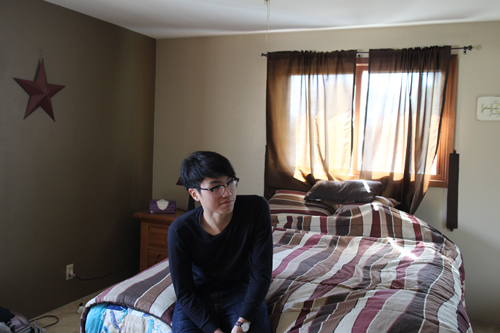 We would love to stay a bit longer but we had another place to go, so we excused ourselves and headed back to Reedsville. Since we didn’t know where the Sorenson’s house was, George stopped at the gas station and asked someone for directions. George said he had to ask the old man because no younger folks knew. So then we went to the junction where the road to the house was, but there was a little problem; the road to the left and right shared the same name! George chose to turn right and asked me which way I thought was right; I said left. Well, George was right (again).

We went into the Sorenson’s house and Bangpan took me around. We went upstairs sooo slowly. Of course, how could 2 broken-ankle go anyway fast anyway?? lol.
Then we went back down to the living room where her host mom and sister were. Seemed like Bangpan and Meggie got along really really well. They were laughing every now and then, and they sure shared their secrets. Gossips were all around, hahaha. 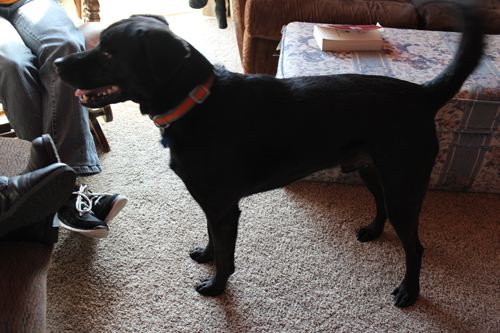 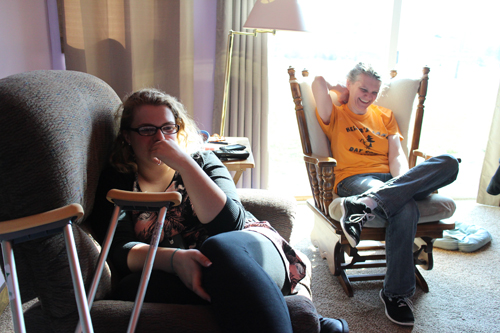 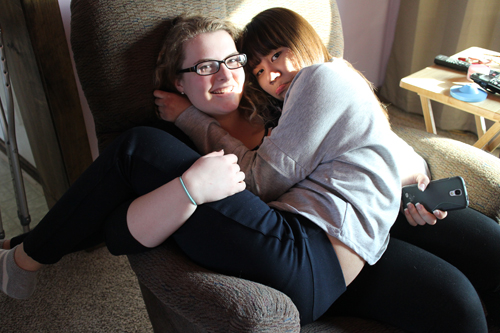 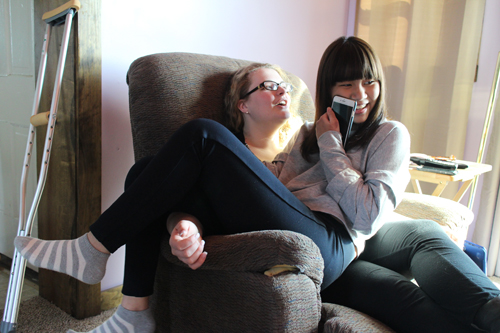 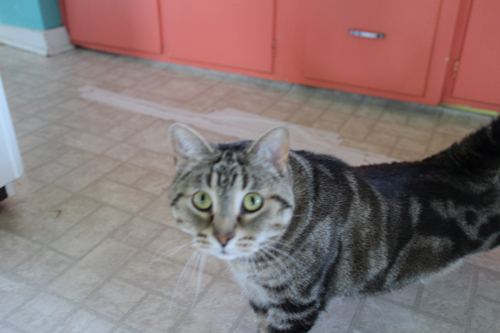 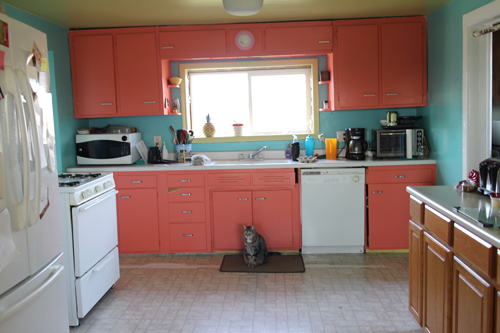 We stayed there for a while then we went back to Manitowoc. Guess where George was heading to? Voila!! So I called Kay up for another rescue. George dropped me off at her house and left.

I went up to the front door and knocked. Jean, sitting on the sofa watching TV, waved me to get in. I said hi to him then bent down to take off my shoe (and a walker), but when I looked up again, he was gone! He sure didn’t want to be around me, hahaha.

Kay let me try her corn snack. She said no one in the house like it, but I do. Today I got to meet Jim, Kay’s husband, and he showed me his hobby. It was..I don’t know how to call it, but it was a planting and water cycling system. Jim installed a fish tank under plant containers, connecting them to a pump and a container with bacteria ball. So when the fish poop, the pump suck water from fish tank to the bacteria container, bacteria break down the poop into minerals for plants, and the water is pumped up to plant pots. This way the fish get fresh water, filtered by plants and the plants get mineral water from fish. COOL! 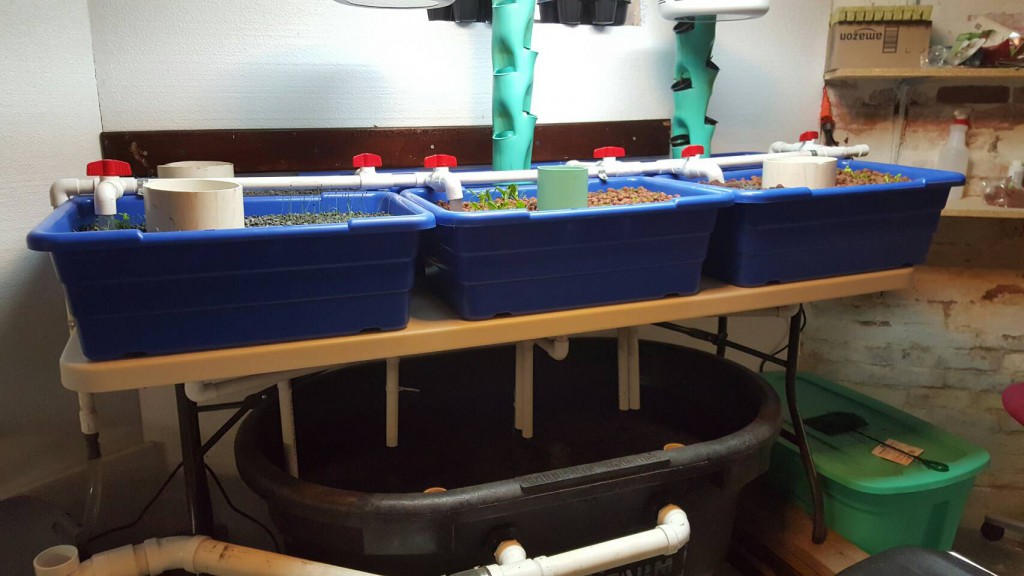 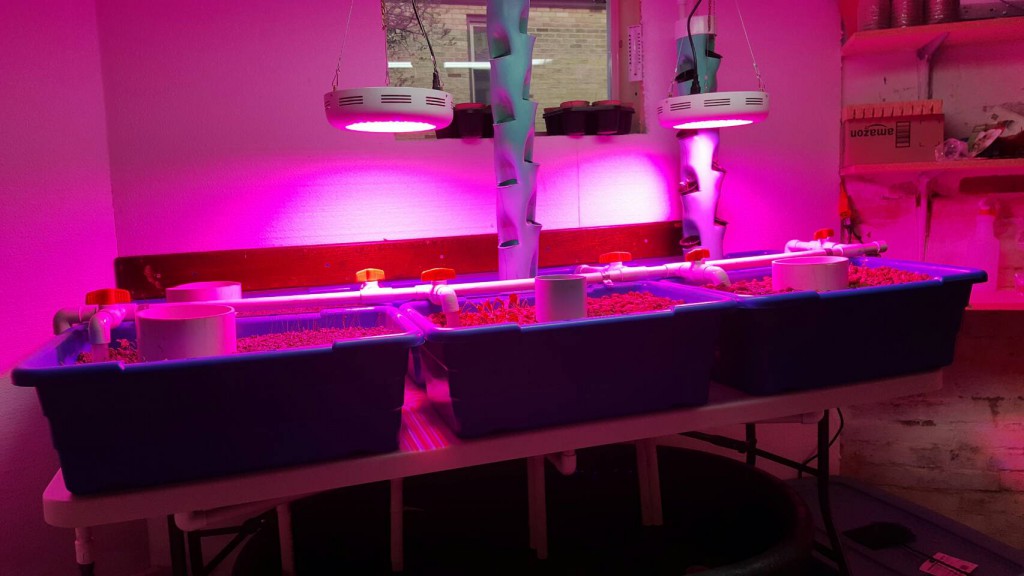 When I went back to Kay, she showed me her cherry trees and seedless cherry she kept in the fridge. She then took me out the back door and showed me apple trees and the family secret place. Don’t tell anyone, but they have hot tub in their back yard!!

After a tour around her house, Kay took me to one of her favorite place. We went for a walk around the pier, and a limp like me could even make it to the lighthouse! Big achievement. 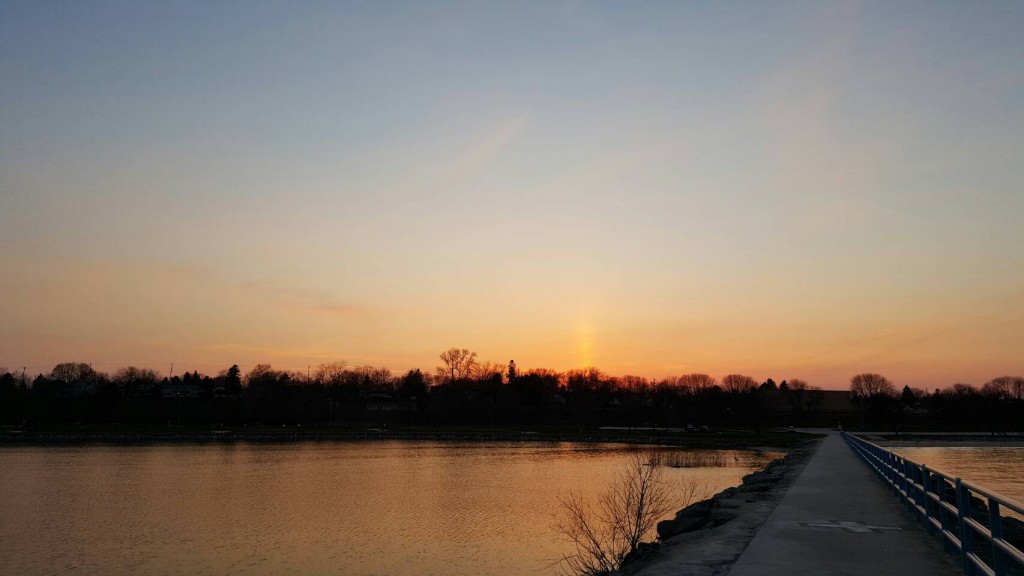 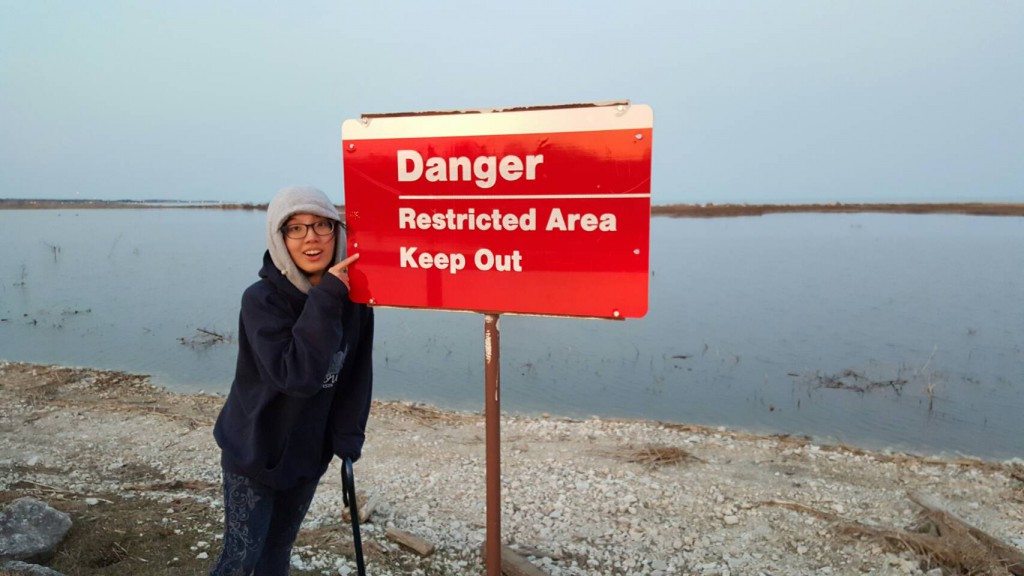 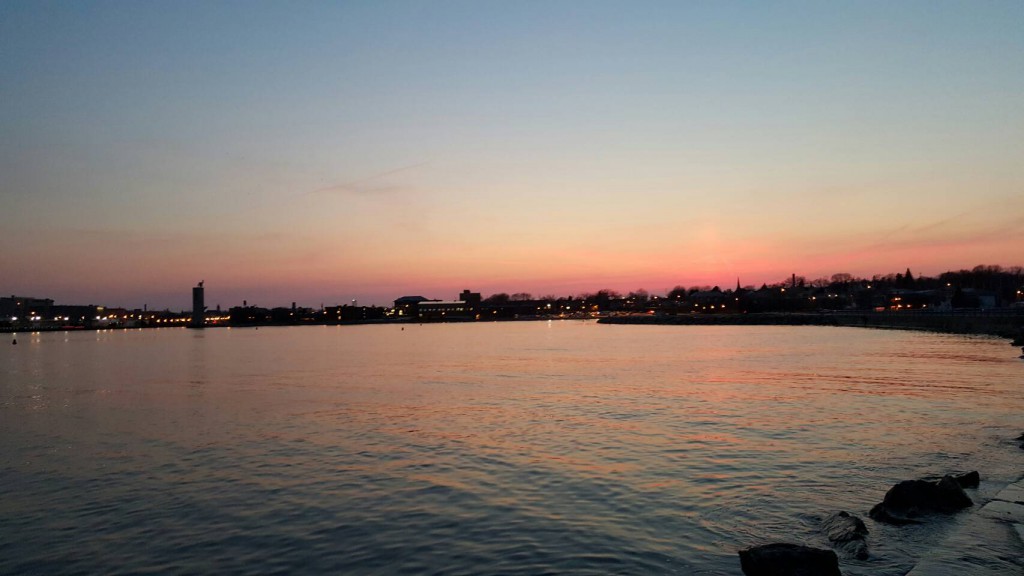 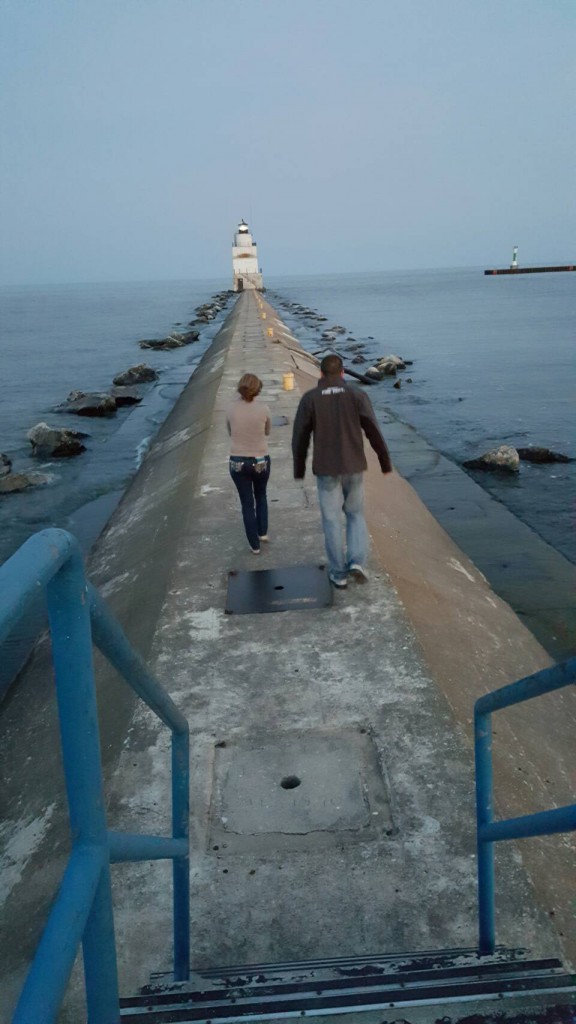 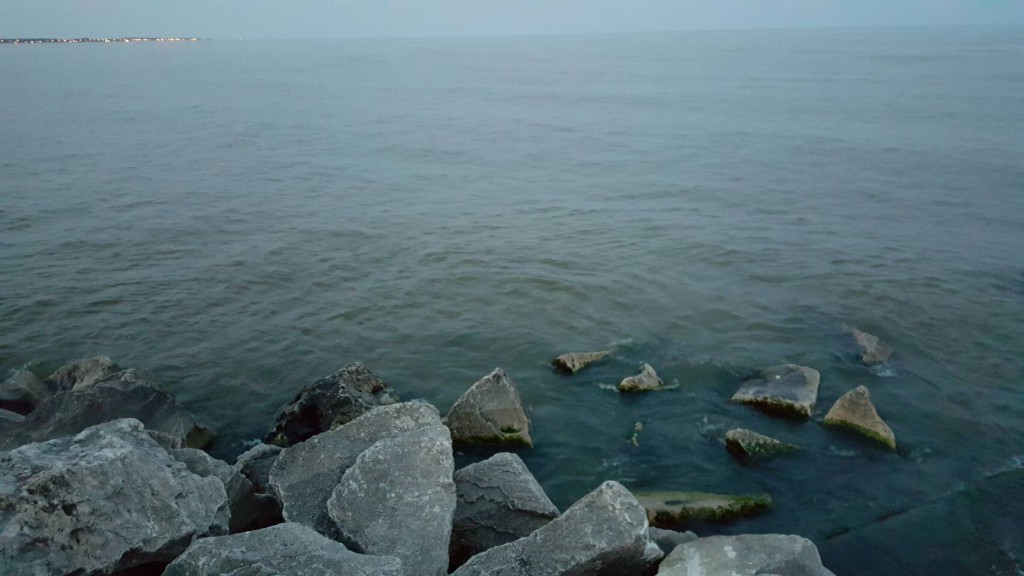 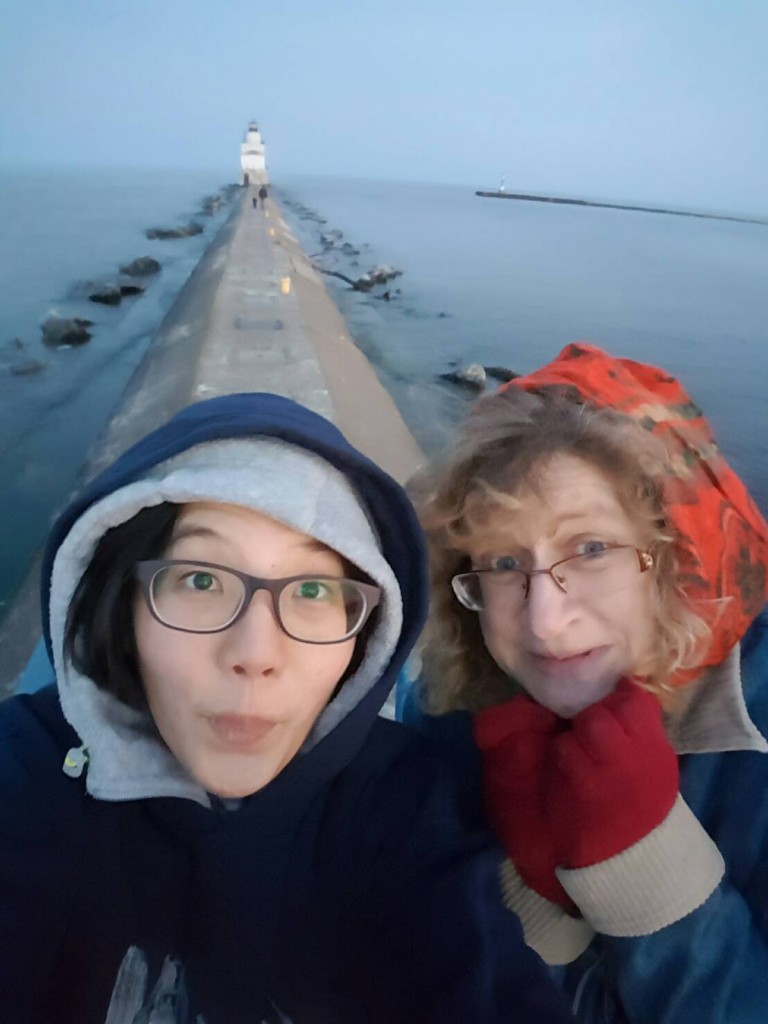 On our way back, Kay called her daughter as we passed her apartment, but she wasn’t there. In fact she was driving right behind us!! What a coincidence. She said she was going to pick her grandfather (Kay’s father) up from her great-grandmother’s (Kay’s grandmother) apartment. So it was kind of like family get-together time, with me as a witness 😀

Both great-grandma and grandpa seemed so healthy to me. And here is where some culture shock comes in, I know that typical American families are single families, which means they live on their own when it’s time and it remains like that even when they are very old, unlike Thailand, where grandparents and grandchildren still live in the same house. I was impressed to know that Kay’s grandmother is in her 90s and lives on her own! Her apartment is nice and warm-looking, though.

Then we went back to Kay’s house and waited for George to pick me up.
That’s all for today.