After almost 5 hours, we finally got the winner!!
Well, actually it was a lot more than 5 hours since we arrived at Miller Park. We left our meeting point in Manitowoc around 8:45 a.m. and arrived at Miller Park even before 10 a.m., but we didn’t get out of the bus until 10:15 because the parking lot was closed. Once we got to our parking spot, we were all busy. The adults were loading stuff off the bus and started setting the area up for a tailgate before the game, while the kids were playing around. We were all having fun!! Then a while later I noticed that people were missing. As it was sooooo cold outside, most of us were all hiding in the bus while some were standing around the grill to get the heat from it. I wasn’t bothered much because I got Dori’s jacket with me. We went to her place to get the grills and she let me borrow the jacket for the game today. Still my hands were freezing because I didn’t wear gloves. I needed my bare hands to take photos.
Anyway, it was my first tailgate and I really enjoyed it despite of the cold wind. 😀 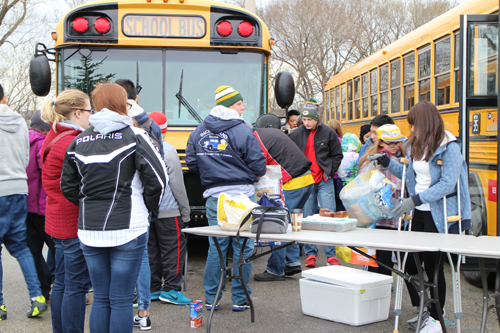 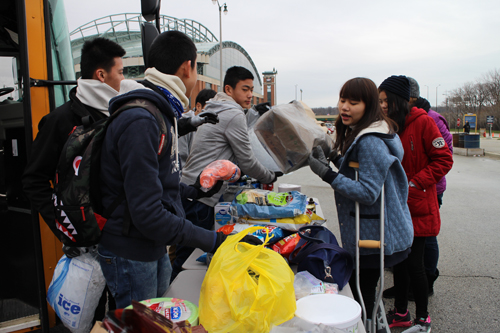 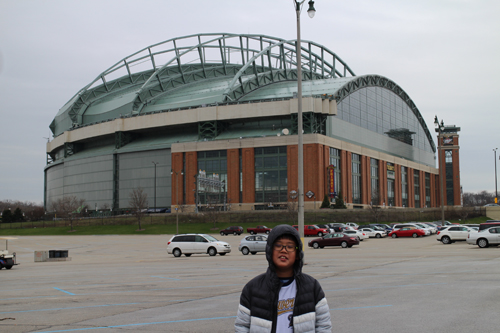 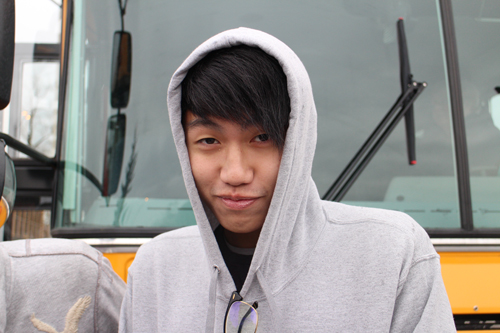 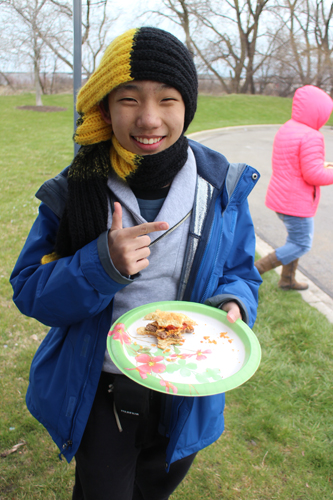 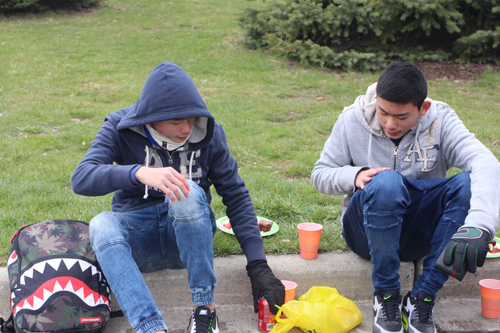 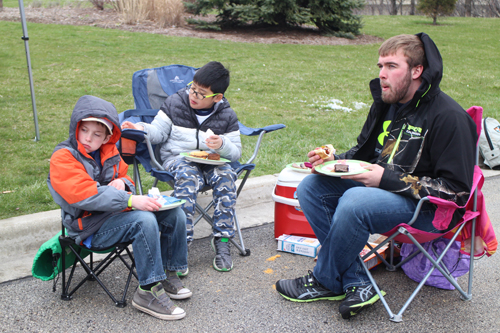 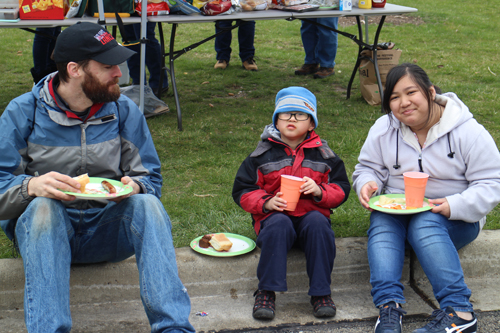 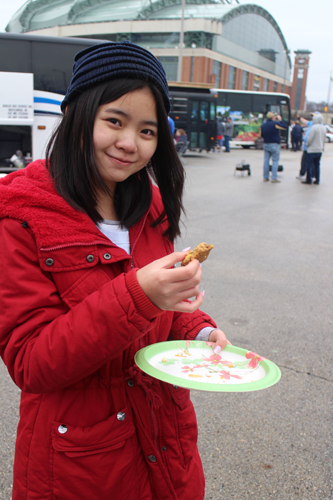 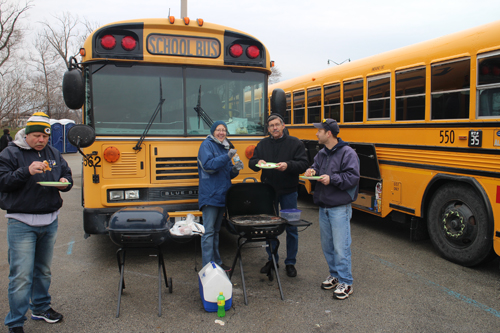 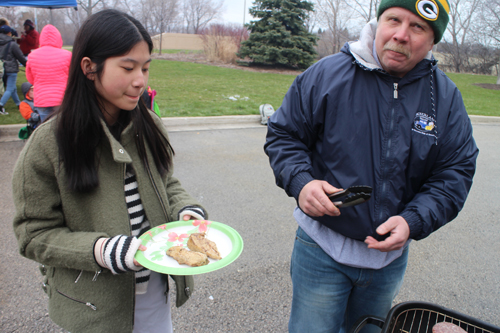 When it’s almost time for the game, we walked from the parking area to the field. Thankfully, they closed the roof and had the heating system on, otherwise we might be frozen even before the game began, hahaha. We got SUPER GREAT seats, soooooo close to the field. Oui even caught the ball from the game!! Everyone was so jealous of him; Jedi even offer $100 for it!!!! No, he didn’t get it. At least he got to touch it, though. 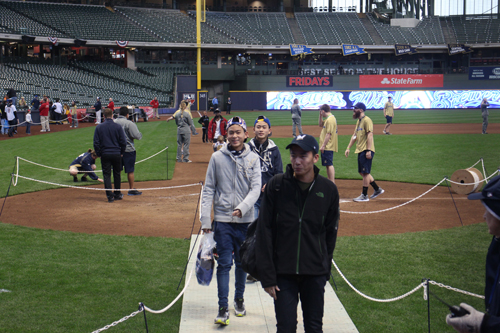 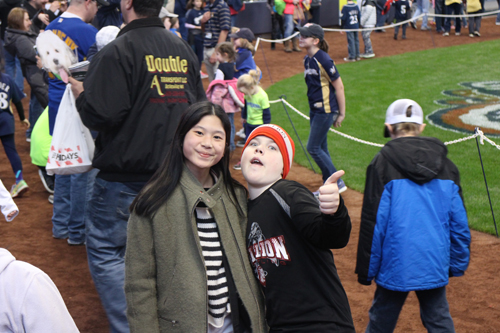 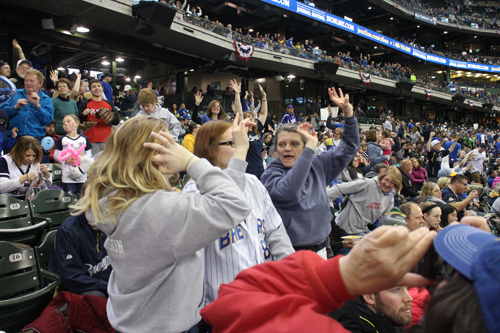 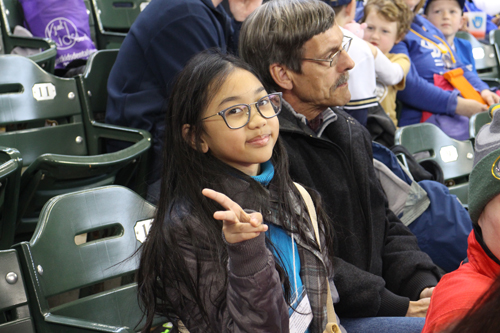 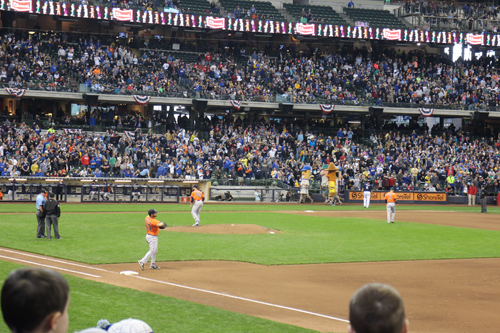 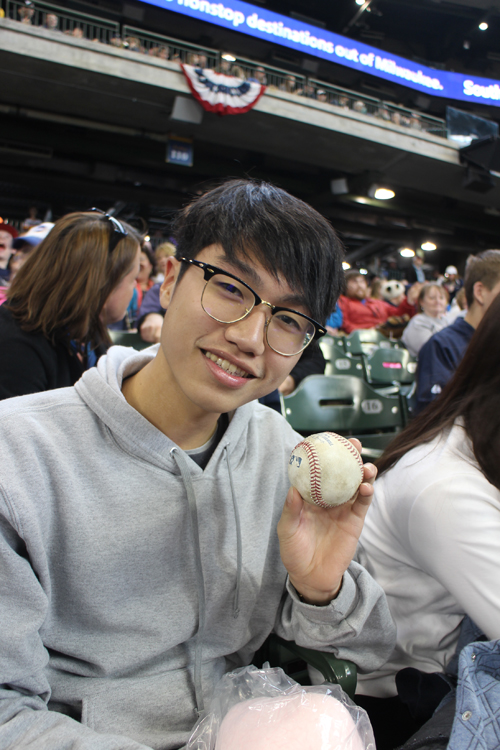 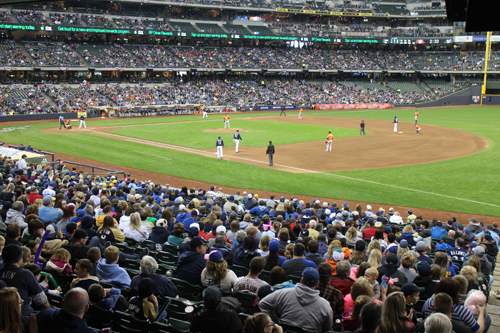 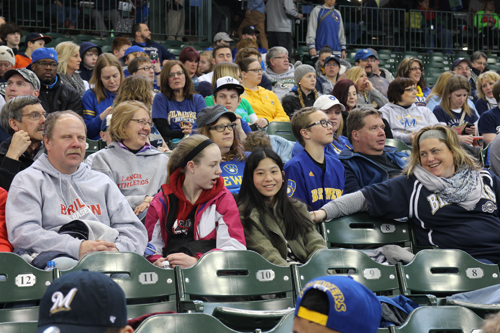 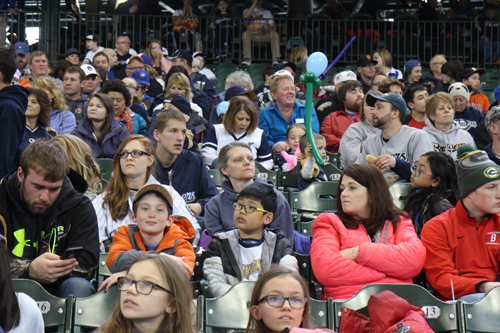 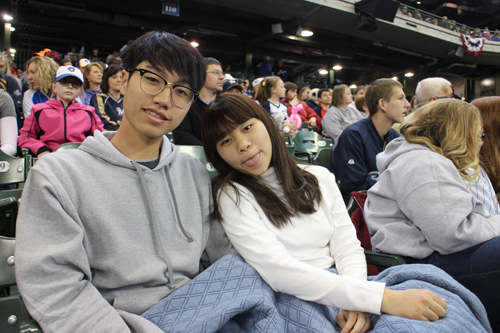 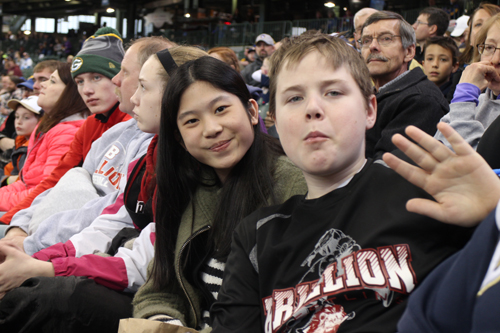 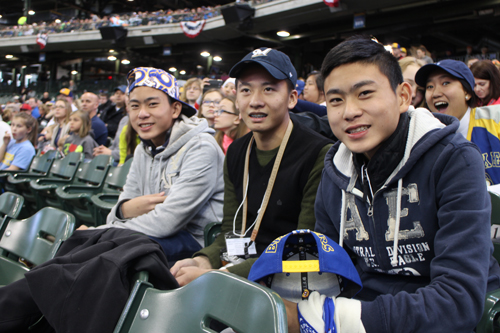 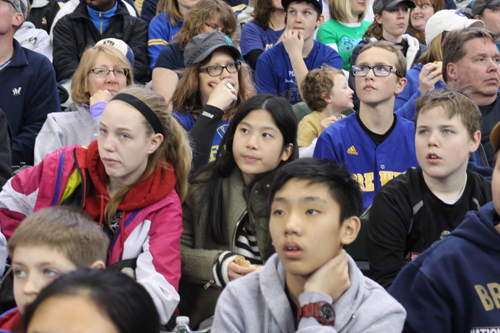 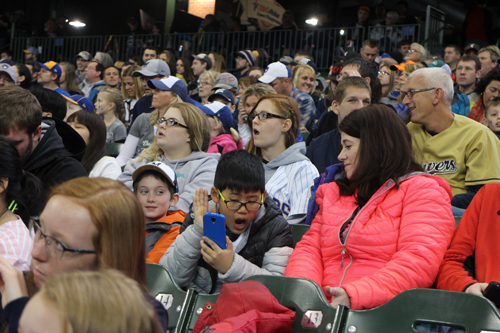 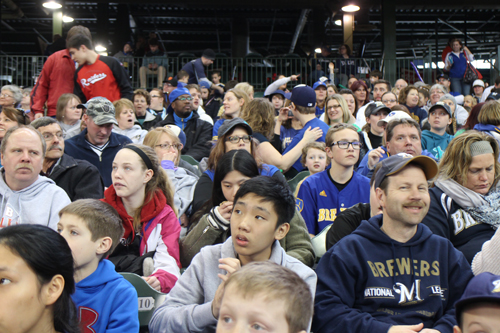 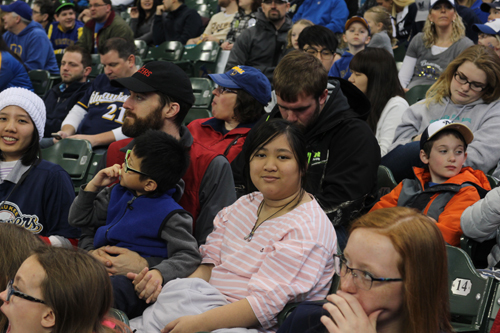 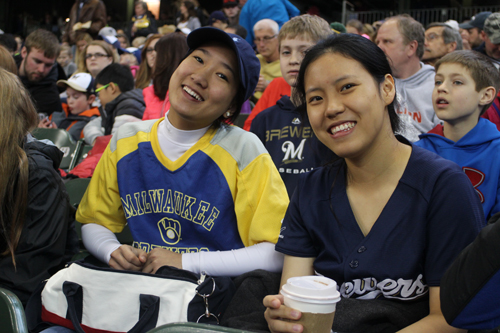 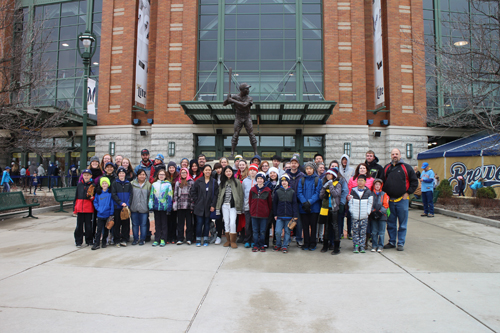 It’s my first baseball game and I didn’t know much about it. Host parents and Kay were kind enough to explain the game me, so I could enjoy it. Once I knew some things about the game, it was kind of exciting and stressful. It’s the game of psychology and skills. No wonder the players got paid sooooooo much.

Another exciting thing is that children got to run the track at the end of the game. Kids aged 16 and under got to run the bases. If I weren’t broken, I knew exactly I would be running the bases with them. I’m so short they wouldn’t know how old I am. It would be a once-in-a-life-time experience for me, hahaha.

After the game, we headed back because it was getting late and the kids had to go to school tomorrow. Topaz will stay with us tonight and another night, too. His host parents are out of the town and they didn’t want Topaz to miss the Brewers game. So I’ll have to get up early tomorrow to send him back to school in time. Bad news.

It’s getting wayyy too late. See you tomorrow.